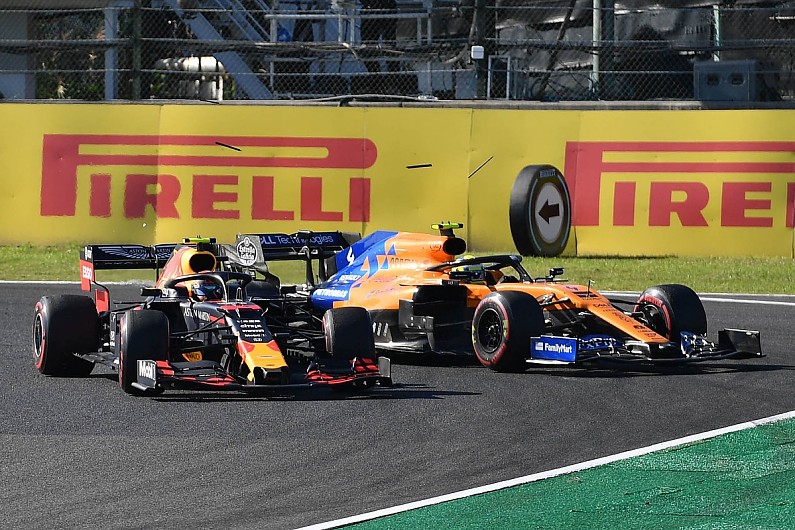 Lando Norris was pleased Formula 1 rival Alex Albon was not penalised in the Japanese Grand Prix for the lunge that caused contact and “kind of forced me off”.

Red Bull driver Albon dropped behind both McLarens on the opening lap and on lap four launched a move on Norris into the chicane from a long way back.

Norris took evasive action as Albon appeared on his inside at the apex of the corner, the two cars touched and Norris lost two more places as he skated across the runoff.

Immediately after the race Norris was unaware the two had touched, initially stating “everyone thinks there was a clash [but] there was no clash” and did not know some debris flicked off his car as he went off.

“In my eyes there was no contact,” said Norris. “He made a decent move, must’ve been from quite a long way back.

“My brakes were overheating completely because of the debris [from Charles Leclerc’s broken front wing], which meant that I locked up the front right completely.

“He [then] sends it from a long way back. Fair play to him anyway.” 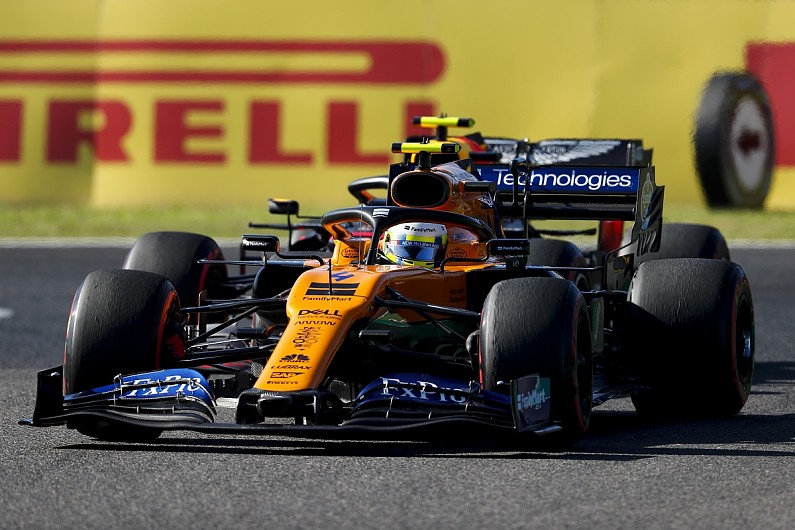 When asked by Autosport to explain his last-gasp reaction to Albon’s lunge, Norris added: “It was a bit of a risk from him because he would’ve got past sooner or later, he was much quicker.

“But I guess that’s racing. He didn’t get a penalty, did he? Good.

“He kind of forced me off, but I think that’s racing. That’s how it should be.

“He sent it down the inside, he made a move, fair play to the guy.”

Though Norris lost positions to Pierre Gasly and Lance Stroll as a result of Albon’s move the main compromise was he was forced to do an extra lap before pitting to remove the debris from his brake ducts.

However, he admitted the outcome could have been “a crash, or something worse” had he not seen Albon coming.

“I saw him freaking late, to be honest,” said Norris. “I started to turn in, I think I was on the brakes but they just weren’t slowing down properly.

“But he must’ve committed before, and I was almost getting to the apex, at which point I saw him.

“I don’t know, I’ll look at my onboard, but as soon as you see me start to turn left, was pretty much the point I saw him.

“It quite easily could’ve turned into something a lot worse.”

Albon admitted the move was risky and that he was relying on Norris to be aware of him.

“When you do those moves you hope the other guy sees you basically,” said Albon.

“Lando gave me space, the move was on and he left the door open.

“Then I was like, ‘Ooh, he’s turning in here’, so banged wheels, but got away with it.”