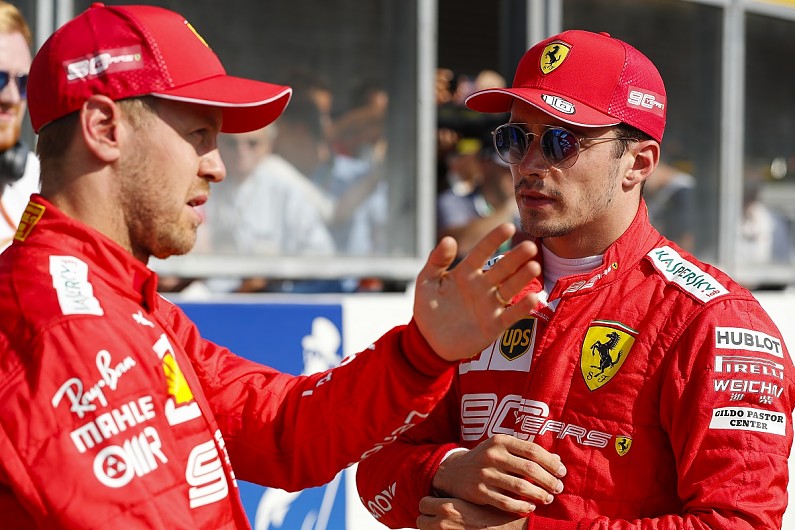 Russian Grand Prix poleman Leclerc gave Vettel a tow at the start of the race and did not defend into the second corner, allowing Vettel to pass the Mercedes of Lewis Hamilton and rise from third to first.

That meant Ferrari’s plan to hold the first two positions after the first lap succeeded, but Vettel was supposed to let Leclerc back ahead and then ignored a specific in-race instruction to do so.

Ahead of this weekend’s Japanese GP, both drivers said that post-Russia meetings at the team’s Maranello headquarters have cleared up the situation – which Leclerc called a misunderstanding.

Addressing those meetings, and whether he is confident of avoiding a repeat of the situation that arose in Russia, Binotto said: “First, it’s not the first time we are speaking in Maranello.

“It’s true that I met both of them. We had positive, constructive, honest, fair, transparent discussions with both of them, individually.

“I think what happened in Sochi [was] nothing really bad but certainly something that needs to be improved and addressed.

“But how much I’m confident it will not happen [again]? I’m not at all.

“These are both very good drivers. They are all going for a single objective which is winning themselves.

“But I think what again is more important is that at least we between us we’ve got clarity and fairness and I think that’s key.” 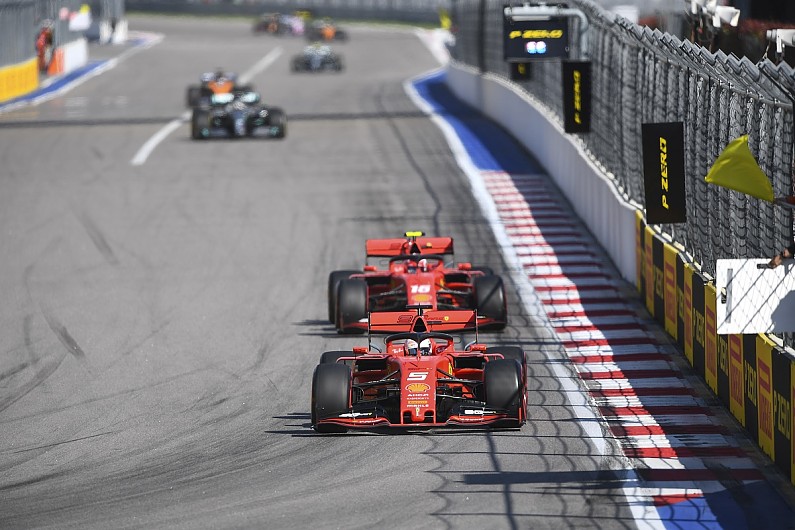 According to Ferrari, what Binotto expects to happen again is the need to manage the drivers – not for another misunderstanding or team-order violation to occur.

Leclerc has scored four pole positions in a row and asserted a clear qualifying dominance over Vettel, who controversially won the Singapore GP ahead of Leclerc because Ferrari’s strategy inadvertently favoured the four-time world champion.

Binotto says it has not been a “surprise” to discover the team has a “very competitive line-up”, despite Leclerc’s stunning form in his first Ferrari season exceeding the expectations of many in the paddock.

But he insisted that he does not believe “there is the risk of losing control” of the pair.

“There is a difference between not managing drivers and at least having the intent to manage them,” he said.

“There is always a solution which is not manage them, maybe someone may do so.

“Our intention is to try to manage the situation to the benefit of the team and secondly to the benefit, overall, of the drivers.

“We may do a few things that can be addressed or improved and I think that is what we are building and trying to do for the future.”