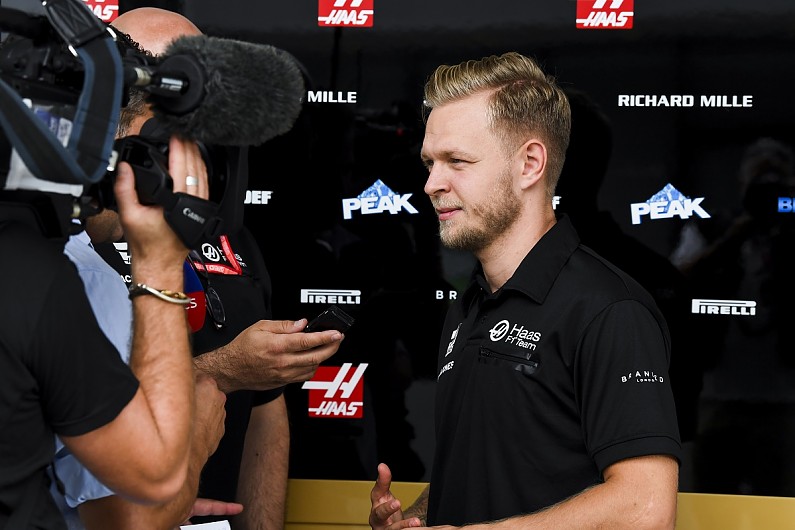 The Haas driver was given a five-second penalty at Sochi for not passing to the left of two cones in the run off area for Turn 2, after he ran off the track during a battle with Racing Point’s Sergio Perez.

After the race he slammed the decision, which dropped him from eighth to ninth in the results, on team radio as “bullshit”, while his team boss Gunther Steiner blamed a “stupid idiotic steward” for what happened.

Although Magnussen has calmed down a little over the matter, he says he remains disappointed about what happened because he did not break the specific instructions for that runoff area.

But Magnussen’s incident resulted in him missing the apex and running across the kerb – so the rules were not explicit about what he had to do.

“We were told one thing and I didn’t do what was said to be classified for a penalty,” explained Magnussen.

“They said that if you go completely to the left of the first element then you have to take the cones and if you don’t, you get a penalty. But I went across them [the kerbs]. 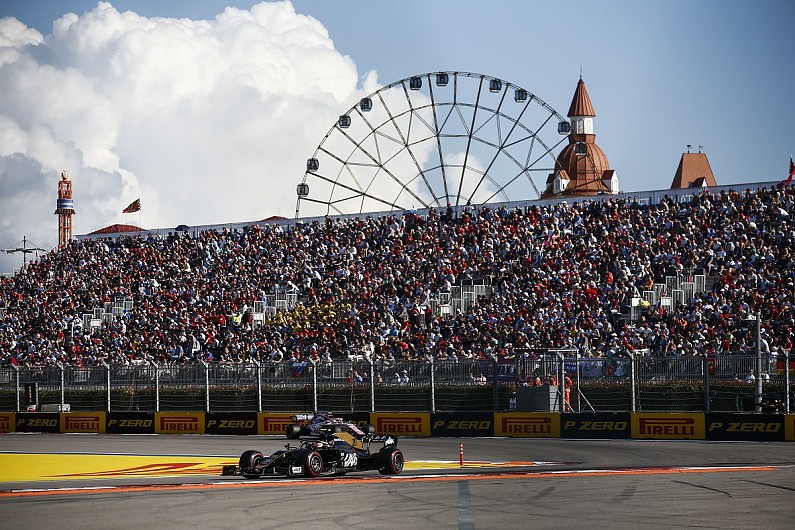 “It is not written anywhere what to do then. So I tried to go there and take it, lost a lot of time.

Magnussen said he tried to explain to the FIA over the radio that he did his best to try to get to the left of the cones, but the angle he was at meant it was impossible to get around the first one.

But he thinks the stewards were too eager to hand down a punishment rather than carefully examining what the rules stated.

“I said I tried to make it but I couldn’t,” he said. “I think they made the rules so they should have looked at what they have told us… which is if you pass completely and specifically to the left of the first orange element then you have to take both. Which I didn’t.

“So how many do I need to take? I tried my best. It wasn’t like I just floored the throttle and didn’t lose any time. It felt like they just were trigger happy.”