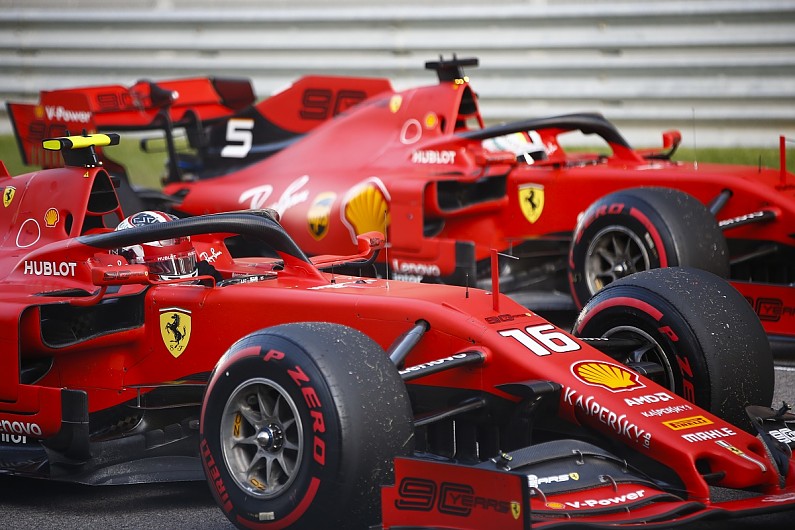 Formula 1 world champion Lewis Hamilton believes Ferrari is “ramping up” Charles Leclerc to be its new number one driver at Sebastian Vettel’s expense.

Vettel started the season as Ferrari’s “priority” driver, but Leclerc has challenged that perception by outqualifying Vettel at the last nine races and claiming back-to-back wins in Belgium and Italy.

Vettel was ordered to allow Leclerc past in line with a pre-race agreement at the Russian Grand Prix last month, and was shuffled behind his team-mate through strategy after he failed to adhere to the instruction.

Speaking ahead of the Japanese GP, Hamilton said the situation at Ferrari “looked a certain way from the outside”, and made several references for the team’s perceived propensity for favouring one of its drivers.

“It’s an interesting dynamic they have there, because obviously Seb was number one, and [he’s] now clearly not,” said Hamilton.

“From the energy from the outlook, [Ferrari is] trying to ramp Charles up to be [number one].

“Is that good for a team? I don’t think so. But that’s the philosophy they’ve had forever.

“We don’t complain, because we have a good philosophy [at Mercedes] that works really well here and we don’t plan on changing it any time soon.” 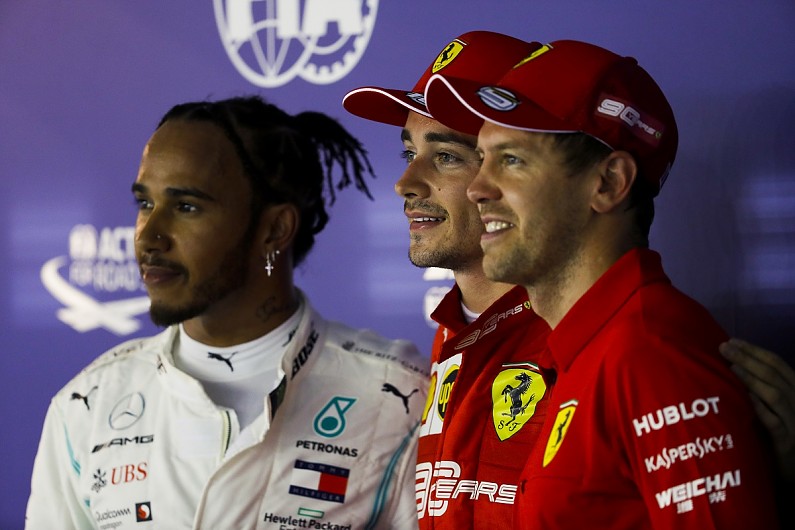 Hamilton said his observations were “separate” to the Russian GP, and said he understood the reasoning behind Ferrari’s pre-race plan to have Leclerc deliberately tow Vettel instead of a rival car.

However, he said he was surprised Leclerc had agreed to not defend the position from Vettel into the first braking zone.

“I think Charles had said that, ‘I would let you take the tow’ and didn’t move and defend, which he should’ve done, because you don’t give a place and expect to get it back – I wouldn’t,” said Hamilton.

Asked whether his experience as a rookie alongside designated leader Fernando Alonso at McLaren in 2007 meant he could relate to Vettel’s predicament, Hamilton said: “Again, it’s an assumption, because we’re looking from the outside, so I don’t know what’s happening inside, I don’t know what Seb’s feeling, so it’s difficult to say I can relate to it.

“When I was with Fernando, he was the hired number one, but then mid-season they gave us equal fuel [loads for qualifying] and then you started seeing change. “That dynamic shifted, and it obviously didn’t go well for the team.

“But I do understand – because ultimately when you’ve arrived [at a team], you want to have equal opportunity.

“There are drivers that always wanted that number one status, it’s easier for them. I like to earn that, but start on an equal platform.

“I think you can get that number one status weekend in, weekend out, rather than over the course of the season.

“But if you already know that you’re number two, it’s kind of defeatist, I think, your approach to the weekend.”