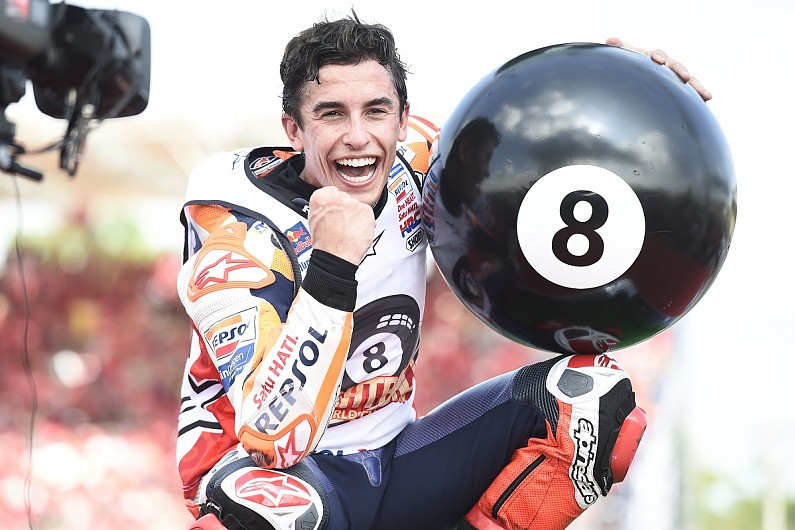 At the age of 26, Marc Marquez has won eight grand prix world titles after clinching his sixth MotoGP world championship in Thailand.

Marquez has been a near-unstoppable force across the last decade through all three classes of the world championship.

In MotoGP, he has romped to success on bikes that have proven difficult to handle in other rider’s hands during MotoGP’s most competitive era – with 2019 arguably his toughest challenge yet.

The Tanks Slappers podcast is Autosport and the Motorsport Network’s weekly podcast for all things two-wheeled, and can be found on Apple podcasts via iTunes, Google Podcasts and Spotify – just search for ‘Tank Slappers’.