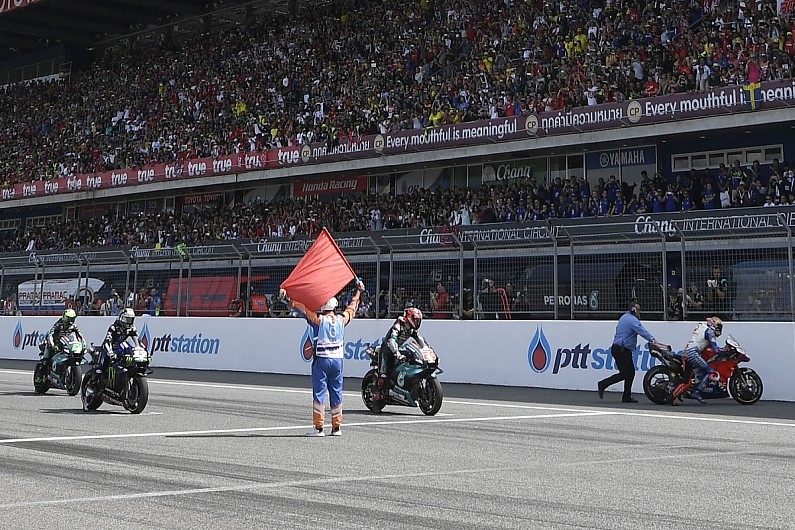 Pramac Ducati MotoGP rider Jack Miller says he was “disappointed in myself” after he lost a second-row starting position in Thailand by accidentally tripping his bike’s kill switch.

Miller looked the quickest Ducati for much of the Buriram weekend, but had to give up sixth place on the grid when he switched off his bike before the start of the warm-up lap.

He began the race from the pitlane as a result, but did catch the pack and finished in an eventual 14th place.

Explaining his warm-up lap mishap, Miller said: “I turned the bike off. As soon as I pressed it [the kill switch], I’ve gone, ‘Fuck, no!’ because I knew exactly what button I’d pressed.

“Let’s say, I was in a bit of a hurry, just trying to do everything a little bit too quickly, turned the launch on and I pressed the wrong button. It’s easy enough to do – I did it.

“It’s just one of those things. Just adrenaline going, everything like that.”

Miller said that issue had not happened to him before and “won’t happen again either”.

Asked whether he was able to put it out of his mind and focus on the race, he said: “I went out and, I was pissed, don’t get me wrong, or disappointed in myself, but I just got over it straight away as soon as I exited pitlane.

“I gave it my all, I pushed from the start to the end as hard as I could. [I] tried to catch back as many positions as I could. 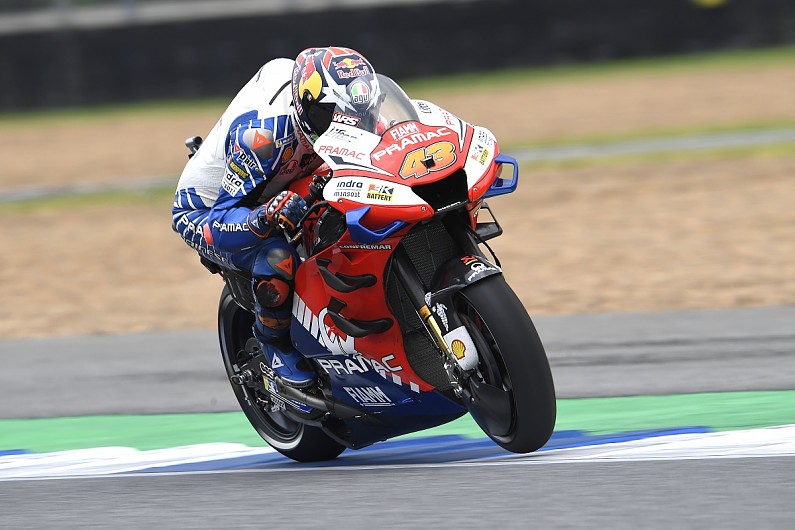 Miller said his race after the warm-up lap mistake felt “pretty flawless” apart from a minor error at Turn 1, and reckoned he could “definitely” have finished in the gap between the top three and the leading Ducati of Andrea Dovizioso in fourth.

He added: “The whole race going alone, no slipstreams on the first lap, so I instantly had to go down to the, let’s say, fuel economy map, because I was pushing the wind the whole way, not a slipstream to be seen.

“I was riding on eco mode the whole way through and just trying to make it work.

“I struggled a little bit with the rear tyre. It was consistent, really good all the way through, but just didn’t quite have the grip.

“Just checking the pace of Marc [Marquez] and those guys at the front – I broke into the [1m]31s quite early on, but to stay there the whole race was nearly impossible.”