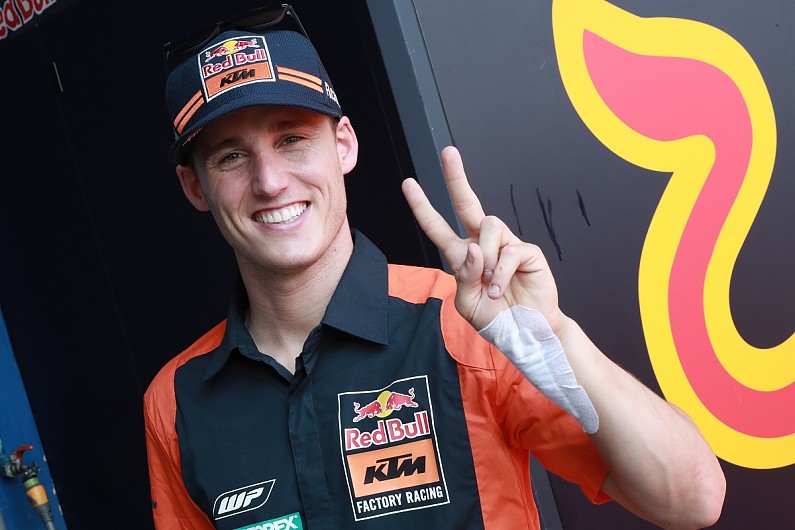 KTM rider Pol Espargaro says three points for 13th place in the Thailand Grand Prix have vindicated his push for an “impossible” return from injury.

Having withdrawn from Aragon after fracturing his left wrist in a practice crash, Espargaro was operated on and underwent a week of intense, “24-hour” therapy to be fit in time for Thailand.

And the Spaniard duly led KTM’s efforts in Buriram despite the injury, making Q2 before ultimately finishing the race 36 seconds behind winner Marc Marquez in 13th.

Espargaro said his wrist “held up” over the 26-lap race in the gruelling Thai heat, although he admitted he began to “struggle a lot” in the final laps.

“For sure was not the best feeling I could have in that race, but in those conditions, I think one of the hardest of the year, to finish the race in that place and that gap between first and I, I cannot [ask for] more.

“If someone asked me to fly here, to race here, after the surgery I’ve done one week and a half ago, I would say it would be impossible, but we did it. Amazing.” 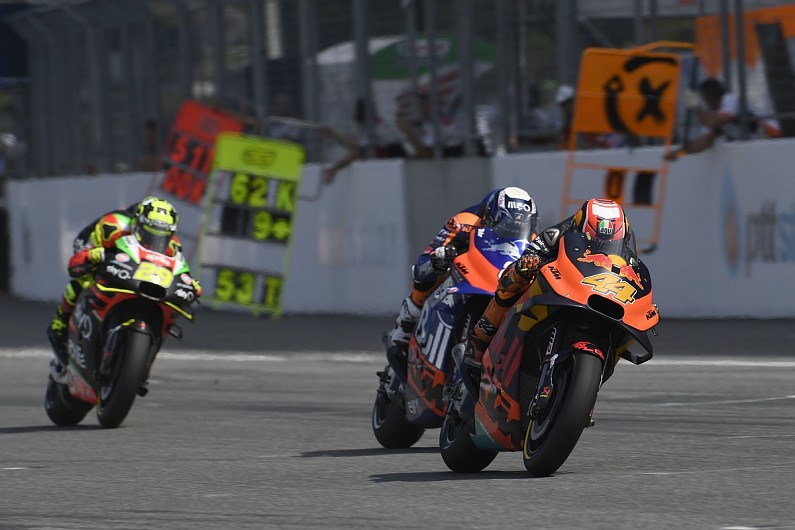 Asked by Autosport whether the three points felt worth the strenuous rehab, he said: “At the end, three points is quite a lot.

“Last year we were very happy with three points – now when we finish in that conditions looks like it’s not enough, but, come on…

“How I was through this weekend, with stitches still on the hand, to finish in that position is so good.”

Having once again seen off the other KTMs in Thailand, Espargaro has finished as the lead RC16 rider in all but two races this season – Austria, where his bike shut off, and Aragon, which he skipped through injury.

“It’s true that I’m confident on the bike, I’m riding good, I feel this bike is my bike and honestly I enjoy so much riding the KTM right now,” he said.

“The bike, for sure now it’s not the best one on the grid, we are still developing the bike, but it’s going in a very, very good level, so we must continue working.

“All the guys are working [hard] here, even if they’re not in front of me on the grid or at the end of the race, they [the other riders] are working so much.”