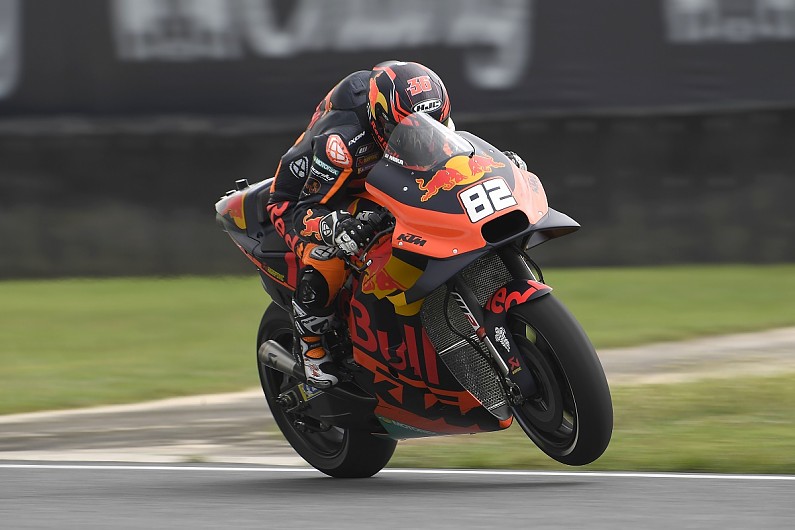 KTM MotoGP rider Mika Kallio says he is “not happy at all” with his current form after having replaced Johann Zarco in the team’s full-time rider line-up.

Having granted Zarco the request to leave the outfit after 2020, KTM then sidelined him in favour of tester Kallio ahead of the Aragon race, in order to aid its development for next year and evaluate Kallio as a potential candidate to keep the seat beyond the current season.

The 37-year-old Finn, who has been part of KTM’s programme from almost the very outset, was only 17th in Aragon but aimed to target points as a “minimum” going forward in the season.

Yet Kallio has not yet found a step forward in Thailand, and admitted he was far from satisfied after lapping nine tenths off team-mate Pol Espargaro’s pace in Q1 to place 21st on the grid for Sunday’s race.

“Disappointed of course – I’m disappointed for my laptime, and just need to say that unfortunately I’m struggling a lot to get some grip on the rear,” Kallio explained.

“In Aragon also I didn’t feel that happy with the rear grip and now here it’s even worse than in Aragon.

“So we can see from the results that I’m really not there where we should be, and so not happy at all for myself at the moment.

“We need to see what we can do for tomorrow, of course we don’t have much time anymore.

“So it’s the [Sunday morning] warm-up where we can still try something, definitely we will try because there is nothing to lose at the moment.” 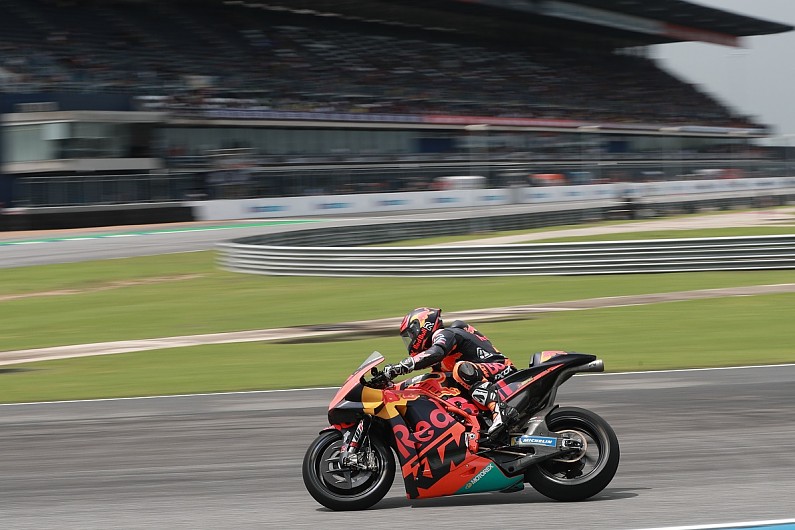 Kallio said the rear tyre issue was not manifesting itself for Espargaro or Tech 3 KTM rider Miguel Oliveira, which led him to believe it was a matter of finding the right set-up.

“Somehow we need to find the grip – that basically means that we need to set up the bike in a different way and maybe we need to have a little bit more weight transfer, generally on the bike, to the front, to the rear,” Kallio said.

“Basically the only option for me at the moment is to ride with the soft rear tyre.

“When I tried the harder ones it was really a disaster for me, so that also proves something that we are not pushing the tyre in a correct way.

“So that’s a little bit the question mark. It seems like Pol and also Miguel didn’t complain that much, so it’s somehow coming from my riding and my set-up on the bike.

“So we need to investigate a little bit more to be sure what we do for tomorrow.

“But, yeah, disappointed like I said, because also for sure I wanted to give something more for KTM. No one is happy at the moment.”