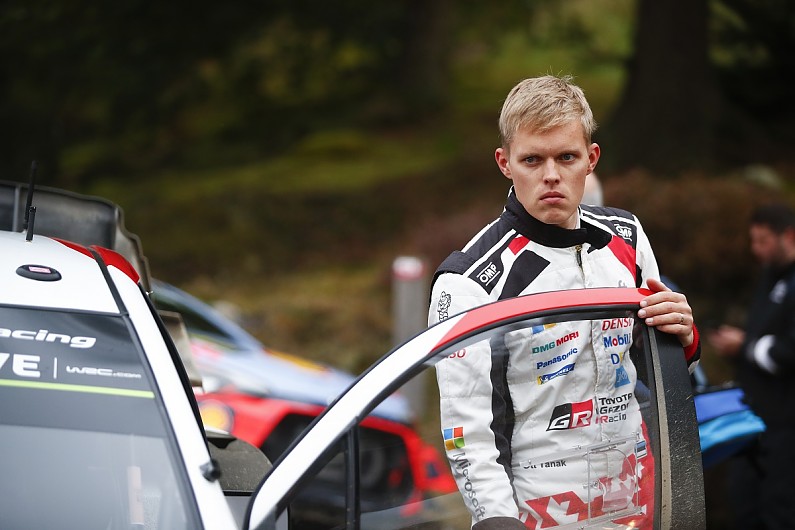 Based around the promenade of Colwyn Bay, only a few miles away from rally HQ in Llandudno, the short 1.5-mile stage was the only night stage of Saturday’s itinerary.

Despite earlier worries for Tanak about not being able to hear co-driver Martin Jarveoja, caused by extra noise that resulted from ripping the rear bumper off his Toyota Yaris WRC, the championship leader went fastest by nine tenths over Thierry Neuville.

Hyundai’s main title contender had spent much of the test topping the times, even taking the left mirror off his car by grazing a hay bale on the final chicane.

Though he gained 0.1s on the third-placed Citroen of Sebastien Ogier, Neuville’s gap to Tanak has now expanded to 11s with five stages on Sunday to go.

The top five overall was mirrored in the top five stage times on Colwyn Bay, with fourth-placed Kris Meeke ceding another 1.2s to Ogier in third and Andreas Mikkelsen completing the top five.

Mikkelsen was the most likely driver to lose a position heading to Colwyn Bay with only 2.8s in hand over Elfyn Evans, who had been on a charge earlier in the day with a trio of stage wins.

But a better run on the night-time test by Mikkelsen than his M-Sport rival extended that gap to 4.5s.

Evans continues to lead M-Sport’s trio of entries in sixth ahead of Teemu Suninen and Pontus Tidemand, while Craig Breen was closer to the pace with little mud on the sealed-surface stage to compromise visibility on his Hyundai i20’s partially caved-in windscreen.

Breen increased his gap over WRC2 Pro leader Kalle Rovanpera to 14.2s, with all crews finally heading to Llandudno for the first service since cars left for the first loop of Saturday stages early in the morning.