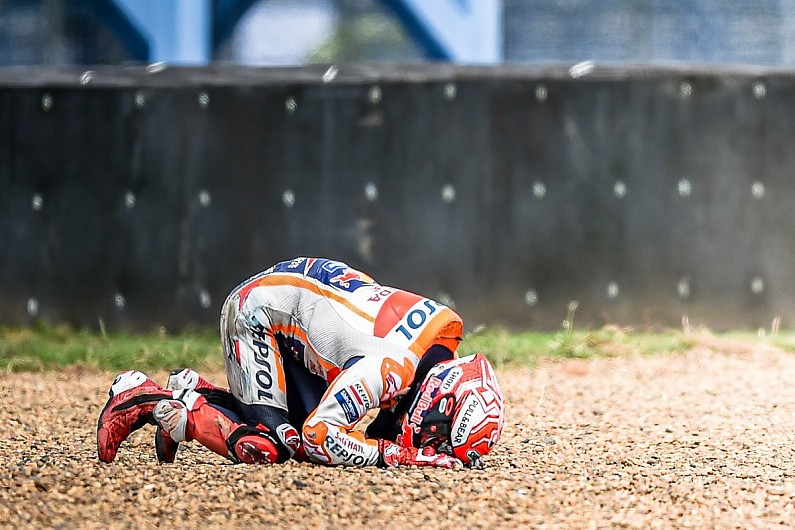 Marc Marquez comes into MotoGP’s Thailand race with a 98-point lead in the championship and his first opportunity to seal a sixth premier class world title.

All the Honda rider needs to do is outscore nearest rival Andrea Dovizioso on the Ducati by two points at Buriram and an early coronation will be assured.

Marquez beat Dovizioso in a thrilling inaugural Thailand race last year, and was untouchable last time out at Aragon – all of which points towards another imperious performance from the Honda rider this weekend.

However, in the latter stages of Friday’s first practice, he suffered what KTM’s Pol Espargaro, who was following Marquez at the time, described as a “violent” highside, which demolished his RC213V and left him unable to breathe for five seconds afterwards.

Marquez was taken to hospital for checks, but was declared fit and ended the second session sixth fastest.

The Tanks Slappers Podcast is Autosport and the Motorsport Network’s weekly podcast for all things two wheels. You can find it on Apple podcasts via ITunes, Good Podcasts and Spotify – simply search for ‘Tank Slappers’.