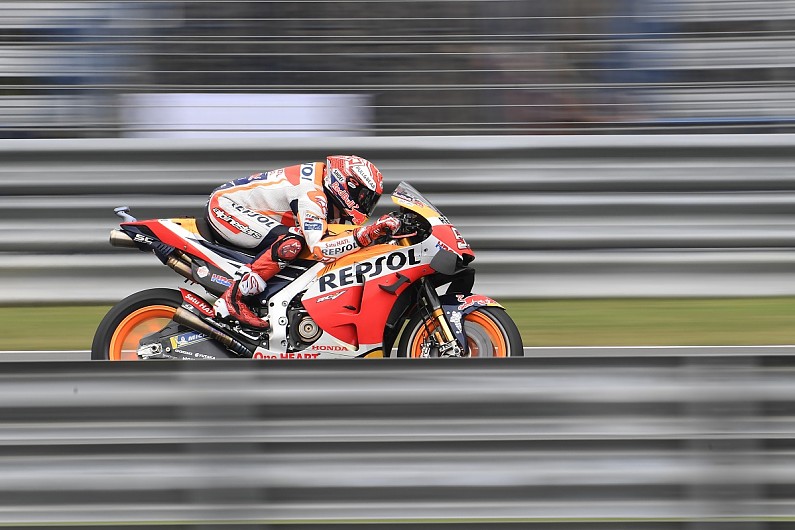 MotoGP championship leader Marc Marquez has been taken to hospital following his brutal crash in first practice for the Thailand Grand Prix.

Marquez was thrown off his bike at the Turn 7 right-hander during a late out-lap in FP1, and was clearly shaken and hurt by the incident, spending some time on his knees in the immediate aftermath.

He was eventually up on his feet and limped towards the circuit ambulance vehicle, which took him to the on-track medical centre.

Yet live images during the subsequent Moto2 FP1 session showed an awake and alert Marquez leaving the medical centre on a stretcher, as he was loaded into the ambulance that would take him to a local hospital.

The visit is for precautionary checks, as it is understood that the initial examination at the track medical centre suggested Marquez has escaped any serious injury.

The championship leader was complaining of pain in his left leg and back.

Marquez needs just 27 points – either scored by him or dropped by only remaining championship rival Andrea Dovizioso – over the five remaining races of the season to mathematically ensure his sixth MotoGP championship title. 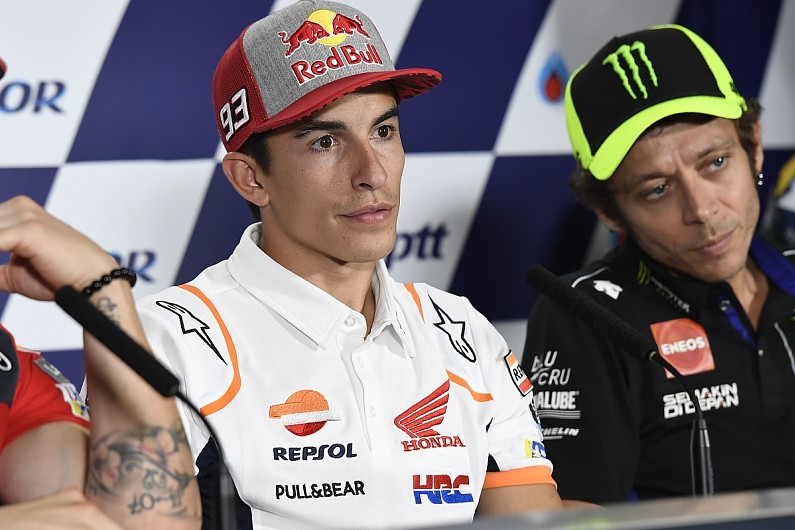 This weekend’s Thailand Grand Prix marks his first opportunity to secure the 2019 crown, and he would only need to outscore Dovizioso by two points on Sunday.

A Marquez injury would come as a blow to Honda’s aspirations in the teams’ and manufacturers’ championship, with its Repsol-backed factory team trailing Ducati in the former, and both Ducati and Yamaha still retaining chances to overhaul Honda in the latter.

Honda’s other MotoGP riders all struggled in FP1, with the second-best RC213V finishing 14th in the hands of Takaaki Nakagami – 11 places behind Marquez.