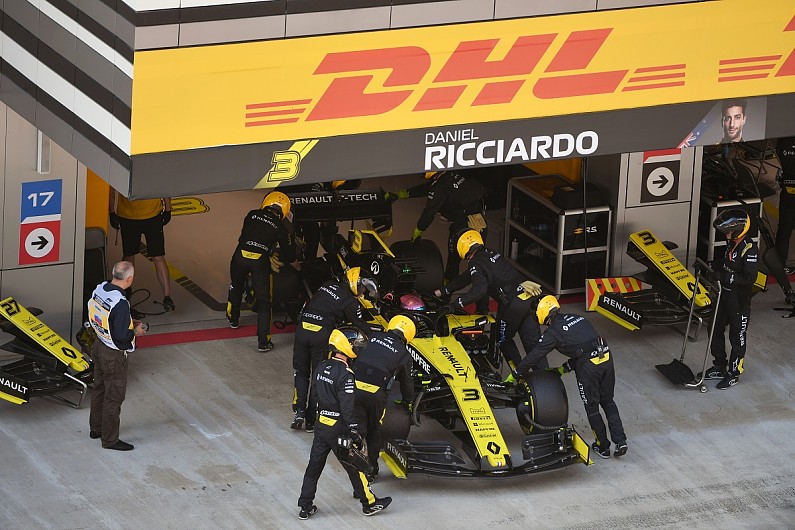 In last weekend’s Russian GP, Daniel Ricciardo had to retire after sustaining damage in first lap contact with Antonio Giovinazzi while from seventh on the grid Nico Hulkenberg had a bad first lap and eventually finished 10th – having also lost ground under the virtual safety car.

“It’s a long way [to go] but obviously the more we are moving, the harder it’s becoming,” Abiteboul told Autosport of the battle for fourth.

“It’s still mathematically a possibility, so we’re not going to write this off. It’s still the ambition and the focus.”

Aside from its 22-point haul at Monza, Renault has had a frustrating run in the races since the summer break.

It has got both cars into Q3 at the past four GPs, but scored just seven points across Spa, Singapore and Sochi.

“Indeed it’s a poor reward as since we returned from the summer break the car is decent in terms of outright pace and in terms of potential,” said Abiteboul.

“We’ve had four qualifyings in a row where we qualified both cars in the top 10, and three races out of four we were compromised by incidents.

“But I don’t want to blame it on the incidents, we need to make sure that they don’t happen.

“Daniel’s contact with Giovinazzi meant that his car was really undriveable, so we preferred to stop rather than continue with the pain going on for him and all of us.

“We suspected suspension at the start, but it turned out it was lots of bodywork damage, and the balance was all over the place. There was nothing we could do with it.

“Nico lost a few positions at the start, and indeed the timing of the VSC came at the worst moment, and also a long stop which cost him one or two positions.

“In total you’ve got another weekend of frustration and poor reward. 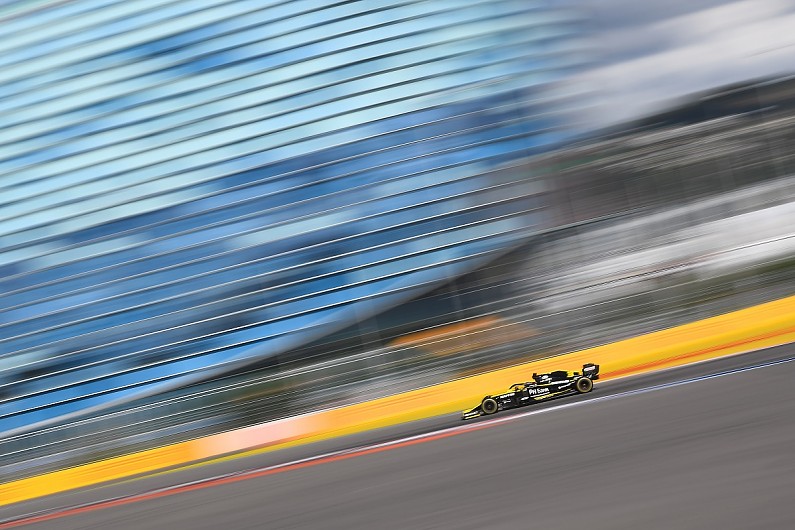 “It’s really too bad, because our car has a good potential, but I don’t want to say that anymore, we just need to do it and score some points. That’s what needs to take place now.”

He admitted that the next race at Suzuka was unlikely to favour Renault, but suggested its recent strong qualifying form across all types of circuits gave him hope.

“On paper it’s not the best one. You’ve got a couple of fast corners, which are representing a good amount of the lap time there,” Abiteboul said.

“We’ve got some small tuning for the car also in Suzuka, so we’ll see if we can keep the good momentum.

“The fact that we’ve qualified at four different tracks inside the top 10 is still an indication of the potential of the car.”