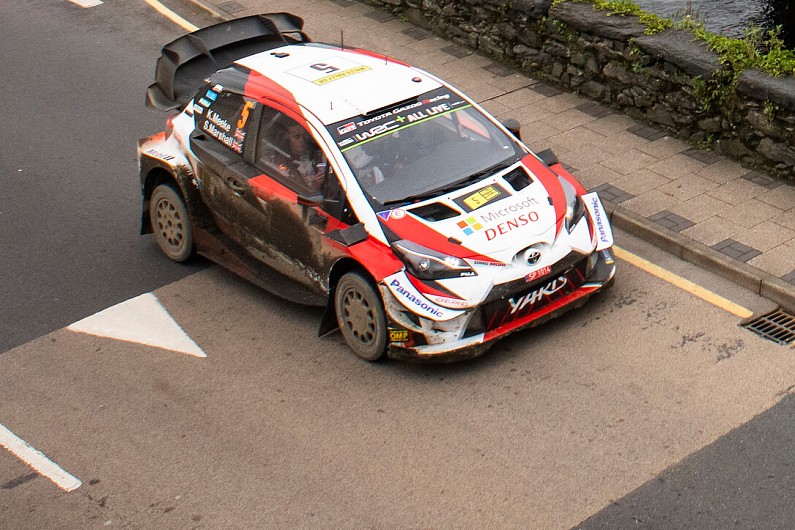 Crews were greeted with an extremely wet and slippery stage for Oulton’s first appearance on a WRC itinerary since 1993, with the 2.25-mile mix of asphalt and gravel proving ideal for R5 machinery to upstage World Rally Cars.

Solberg is marking the end of his professional career by contesting Rally GB – which he won four times – alongside his teenage son Oliver, both driving WRC2 Volkswagens.

While the younger Solberg was a frustrated 27th overall having struggled with a misted windscreen, his 2003 WRC champion father held the outright rally lead for a long spell as the majority of the top class cars struggled to get near his 2m50.7s time. 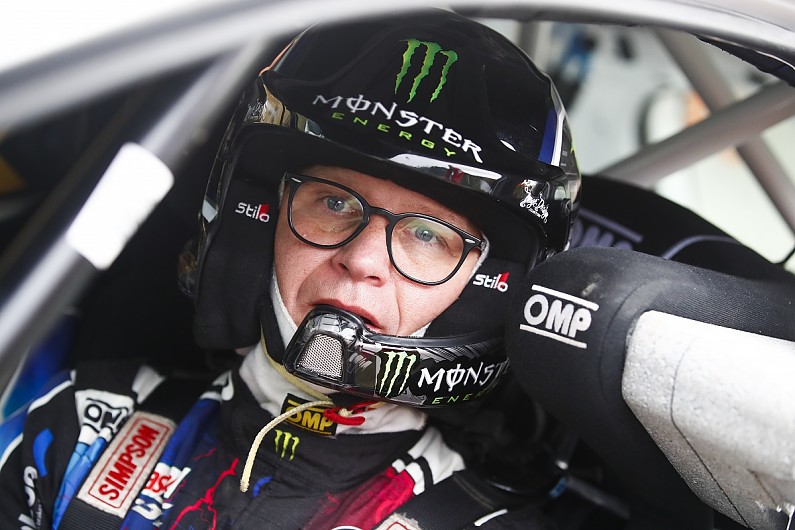 Ultimately only Toyota driver Meeke – who had also been fastest on the shakedown – and Hyundai’s title contender Thierry Neuville were able to topple Solberg, with Meeke leading the rally by 2.1 seconds overnight.

Tanak lost 8.8s to team-mate Meeke after outbraking himself and stalling as he tried to recover, leaving him down in 13th.

Reigning champion Sebastien Ogier is fourth in the best of the Citroens, ahead of Andreas Mikkelsen and Esapekka Lappi.

Double British Rally champion Matt Edwards was another R5 driver to star, setting the seventh-fastest time having switched from his BRC title winning Ford to a Hyundai for this event.

While Solberg and Edwards were the best of the initial batch of R5s that ran ahead of the WRC entry, Kalle Rovanpera and Kajetan Kajetanowicz put themselves into the outright top 10 when more of the second-tier field took to the stage after the top class cars.

They ended up ninth and 10th, behind the Toyota of Jari-Matti Latvala – who was fuming at himself for failing to put the demister on and being hampered by a fogged-up windscreen following the stage’s watersplash.

Elfyn Evans was only 22nd fastest overall as he began his WRC return having missed three events due to the back injury he sustained on Rally Estonia in July, with Craig Breen 11th at the start of his second appearance for Hyundai.

None of M-Sport’s WRC Fords set top 10 times – Pontus Tidemand and Teemu Suninen leaving Oulton only 12th and 20th in the standings.

Hayden Paddon was 24th overall – last of the five WRC2 Pro entrants and 13th among the R5s – as he made his delayed competitive debut for M-Sport in one of its latest-spec R5s.