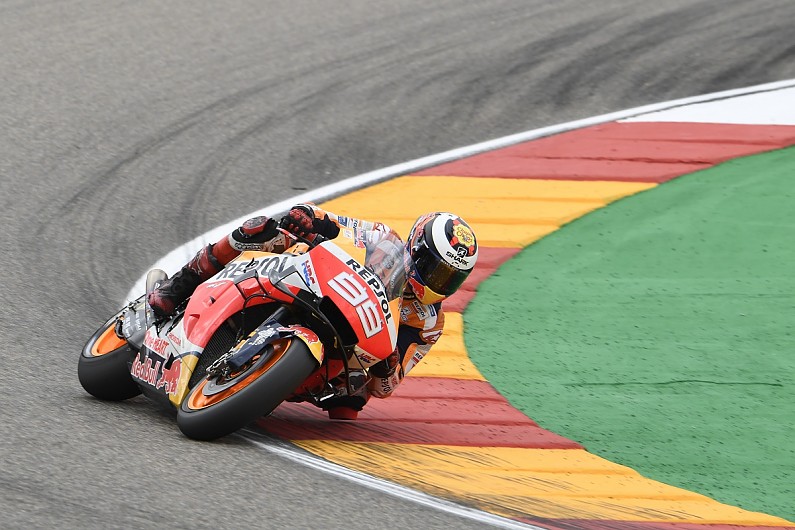 Jorge Lorenzo says he will likely have to “sacrifice” front stability with his Honda to improve tyre life for the MotoGP Thailand Grand Prix, after struggling with this at Aragon.

Lorenzo was running strongly in the early stages of the race at Aragon, before tyre wear dumped him to a distant 20th – some 45 seconds down on his race-winning team-mate Marc Marquez.

The triple MotoGP world champion has consistently complained of a lack of security with the front-end of the RC213V in his debut campaign for Honda, but feels he may have to make the front of the bike less stable in order to avoid a repeat of his Aragon woes.

“We have some ideas to change the bike, and setting, because the bike itself we cannot change,” Lorenzo replied when asked what he will do to the bike in Thailand.

“For the moment, the engine, chassis or electronics, we don’t have any [new] parts but we have some ideas to change the setting to solve a little bit the problem we had in the last couple of races.

“In other tracks, at the end of the races, [I’ve had] not so much grip on the rear tyre.

“Probably we will need to sacrifice a bit of front stability to gain more rear grip to not lose so much in the second part of the race.

“Let’s try this way and let’s see how it goes.” 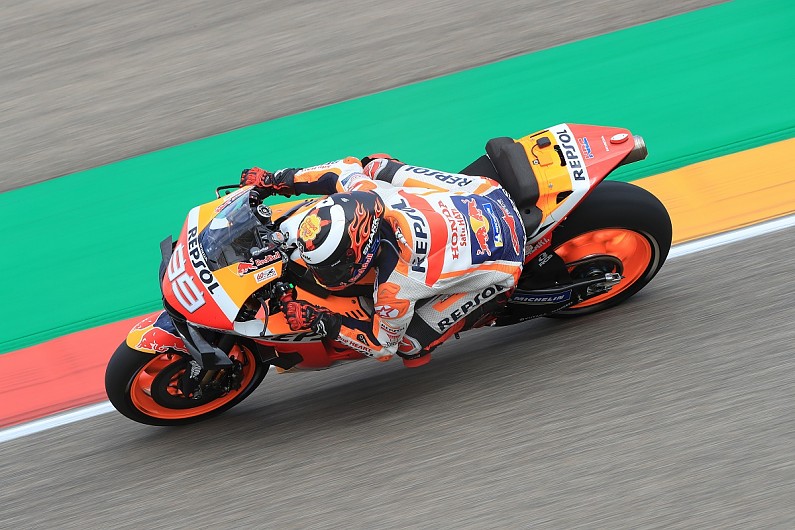 This weekend’s Thai race marks one year since Lorenzo suffered a heavy crash which broke his wrist, ruled him out of all but the final round in Valencia and signalled the start of a miserable spell of injury woes.

Lorenzo missed four races between in the middle of the season due to a back injury he sustained during practice at Assen, but feels he is now able to use more “power” while on the bike.

“Every week I feel an improvement in my back,” he said of his injury.

“My back [allows] me [to put] power [through] all the rest of my body, so this is very important.

“As I have more comfort [on the bike] and I’m having less pain, I am able to push more, especially to put more weight [on the bike], and muscular mass and the power you have.

“So, hopefully, I can [go faster] with this increase of power and comfort on the bike.”