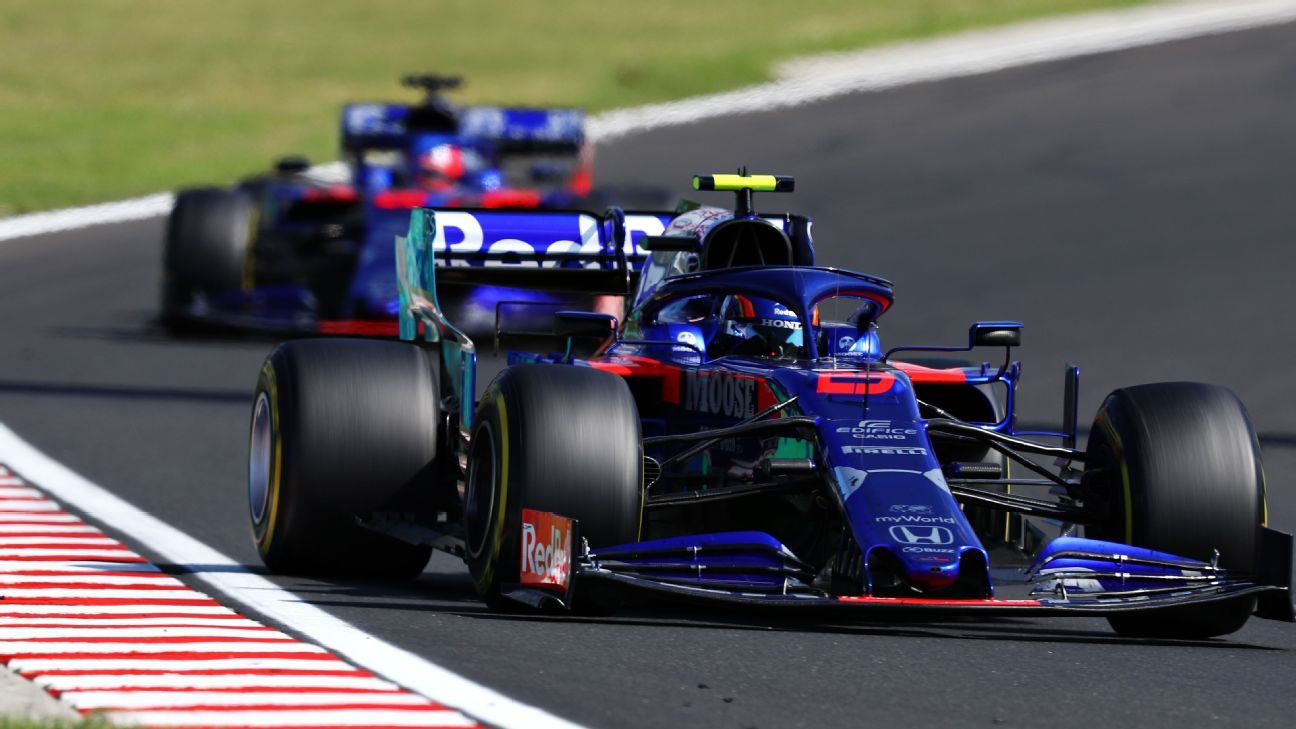 The Toro Rosso name could disappear at the end of the Formula One season with the Italy-based team seeking to race in the future as Alpha Tauri, a fashion brand also owned by Red Bull.

“Now the application goes through the different teams,” said the Austrian. “I expect no difficulties.”

There has been no official word from the team, but Formula One sources confirmed the process was ongoing.

Any change of name has to be approved by the FIA’s Formula One commission and World Motor Sport Council.

The Council holds its third meeting of the year on Friday at Motorworld, which houses the Michael Schumacher private collection, in the German city of Cologne. The F1 commission could vote before then by email.

Scuderia Toro Rosso, the Italian translation of “Red Bull Team,” were the tail-enders known as Minardi before the change of ownership at the end of 2005.

They won the Italian Grand Prix from pole position at Monza with Sebastian Vettel in 2008, a rare occasion of a Ferrari-powered team beating the works outfit. Toro Rosso now use Honda engines.

Formula One is no stranger to teams changing names: Racing Point are the direct successors to Force India, who were previously Spyker, Midland and Jordan, while Alfa Romeo are the renamed Sauber. Champions Mercedes were previously Brawn, Honda, BAR and Tyrrell.

The main Red Bull team started out as Stewart and then became Jaguar before their most recent change in 2005.

It would not be the first time a team has raced under the name of a fashion brand. Benetton, previously Toleman, won world championships with Schumacher in 1994 and 1995 before the German moved to Ferrari.

The team is now competing as Renault, after also racing as Lotus.