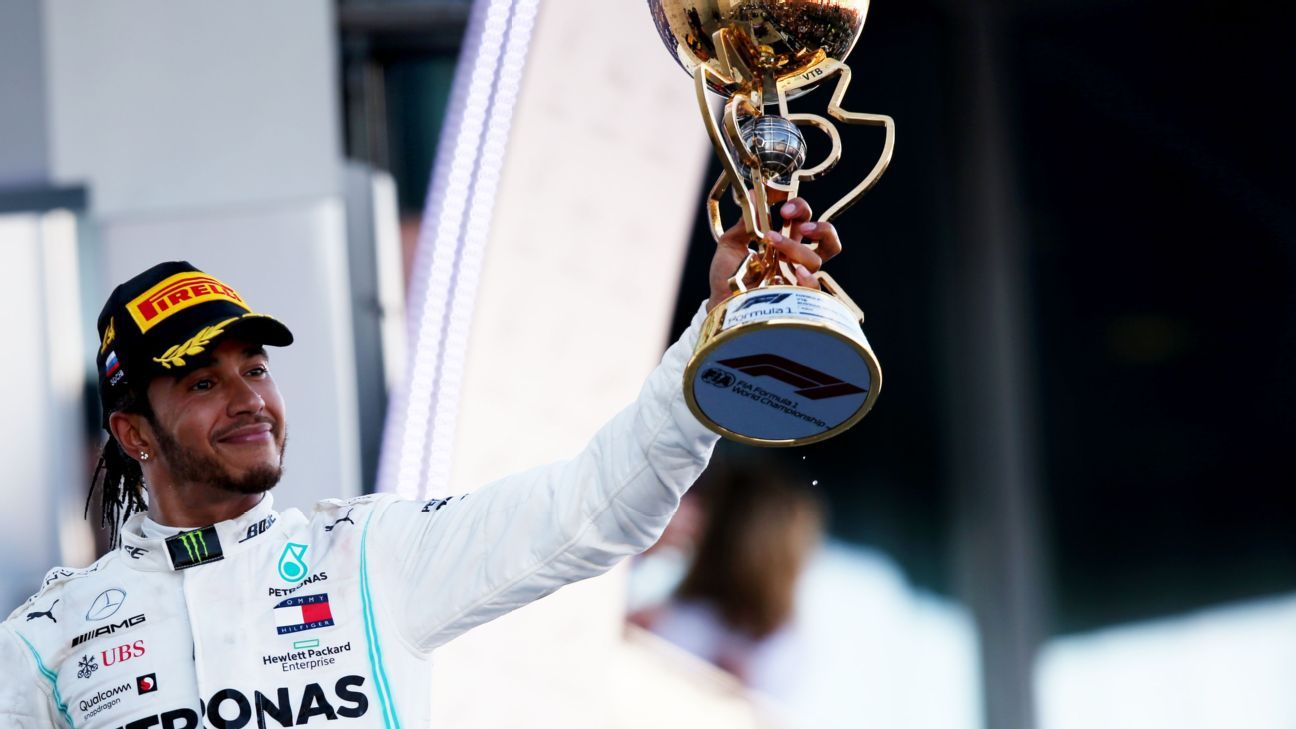 Victory at the Russian Grand Prix moved Lewis Hamilton even closer to a sixth title, one which would place him outright second on the all-time list behind Michael Schumacher.

The British driver is 73 points clear of Mercedes teammate Valtteri Bottas with 130 to play for in the final five races. Each grand prix win is worth 25 points, while there is an additional point available for any driver who finishes in the top ten and secures the fastest lap time of the race.

Hamilton can’t quite wrap the title up at the next race, the Japanese Grand Prix, as the maximum he can extend his advantage to is 99 points when there will still be 104 available at the remaining four. It seems more likely he will win the title at one of the next two races: the Mexico Grand Prix at Mexico City’s Autodromo Hermanos Rodriguez or the U.S. Grand Prix at the Circuit of the Americas.

The best way to look at it is how much of an advantage he needs to leave either of those with to be 2018 champion.

• At the finish in Mexico, he needs to lead by 79 points or more.

Assuming it goes on longer, he would need to be 27 points clear after the Brazilian Grand Prix to clinch it at the penultimate race. It is almost impossible to imagine the championship going to the final race.

Hamilton has outscored Bottas at 10 of the last 12 races so it seems likely he will finish ahead of the Finn at Suzuka. If he outscores Bottas by six points in Japan he will only need to finish ahead of him in Mexico City for another championship there.

He won the 2017 and 2018 titles at the Autodromo Hermanos Rodriguez, but this season it has swapped places with Austin on the calendar. COTA had hoped this change would increase the chance of Hamilton winning the title at the Circuit of the Americas — he had the chance to win the title in COTA last year, but left it needing to finish seventh in Mexico City to wrap it all up — but the change might have the opposite effect.

The Mercedes driver is currently joint second on the all-time list of world champions, along with fellow five-time world champion Juan Manuel Fangio. A sixth title would see him own second position and leave him one more title away from equaling F1’s most successful champion, Michael Schumacher. He is also closing in on another record — Schumacher’s career win tally of 91. Hamilton’s victory at the Russian Grand Prix was his 82nd.

What about the constructors’ championship?

This one can be wrapped up at the Japanese Grand Prix. Mercedes is 162 points clear of Ferrari and just needs to outscore the Italian team by 15 points at Suzuka to claim its sixth straight championship.

If it does not do so at Suzuka, it will take the title at Mexico City if it leaves there with a lead of 133 or more.

Despite a resurgence from Ferrari over the past four races, Mercedes’ fortuitous 1-2 finish at the Russian Grand Prix means it has outscored its Italian rival 133 to 121 since the end of F1’s summer break. That ratio was much more lopsided before the summer break, however, and Ferrari’s return to form has meant Mercedes has waited a little longer for its sixth straight constructors’ crown than it might have anticipated a month or two ago.

When it does clinch the title, it would see the German manufacturer match the F1 record for consecutive titles set by Ferrari between 1999 and 2004.