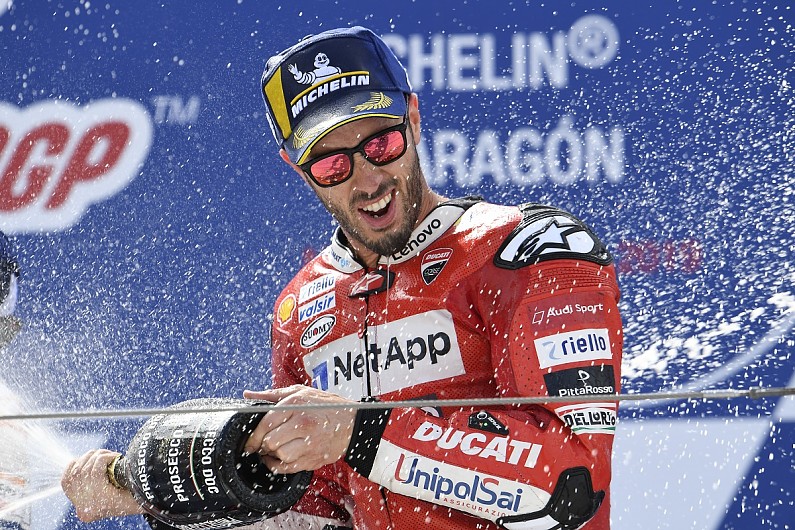 Andrea Dovizioso admits his current MotoGP championship situation would not be different had he not crashed at Silverstone and Catalunya, as Ducati hasn’t been “close” to Marc Marquez this year.

Despite a strong recovery ride to second, Dovizioso could offer no challenge to a dominant Marquez in last weekend’s Aragon Grand Prix, as the Spaniard romped to his eighth triumph of the season.

It means Marquez has a commanding 98-point lead in the championship over Dovizioso, who has won only two races this year, with only 125 points left up for grabs in the remaining rounds of 2019.

As well as Ducati’s well-documented performance struggles, the Italian’s title bid has been hampered by crashes at Barcelona, where he was caught up in a multi-bike melee triggered by Jorge Lorenzo, and Silverstone, where he was an innocent victim of Fabio Quartararo’s first-corner fall.

Reflecting on the state of play in the championship, Dovizioso highlighted those incidents made an impact, but also admitted he has only been able to challenge the Honda man on-track “in flashes”.

“I am not one who finds excuses and I don’t want to start now,” said the Italian.

“But when free zeroes arrive in the championship, that don’t depend on you, it changes everything. 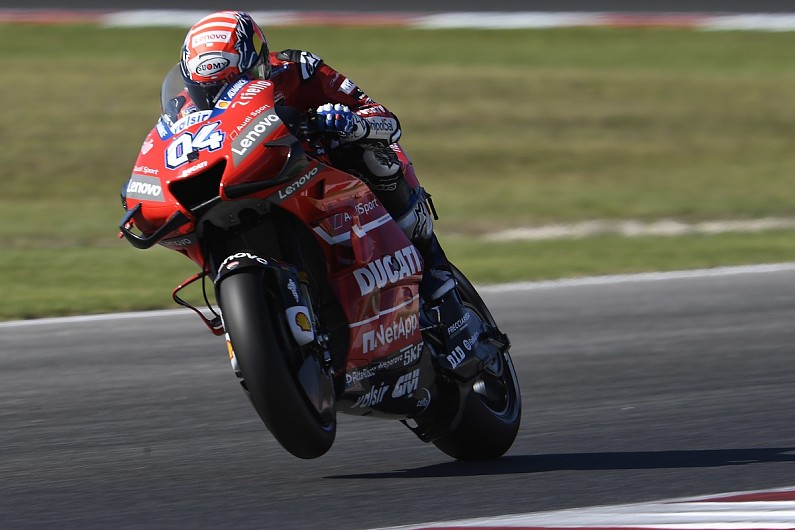 “Until Barcelona we were behind, but close [12 points]. The incident there cut off our legs, but anyway we were not close to Marc like last year.

“We were only able to challenge him in flashes in the middle part of the season, then the crash at Silverstone happened.

“But I don’t want to say that without those two incidents I would be able to challenge Marc, because we only finished ahead of him in Austria.

“This is the reality and we have to be better in certain aspects that we are aware of. But nobody at the moment is beating Marc, so we [all] have to find some solutions.”

Marquez will have his first chance to wrap up the title next weekend in Thailand, where he only needs to outscore Dovizioso by two points to put a sixth MotoGP crown beyond doubt.

“It will be very difficult but nothing is impossible, so we will try to the end,” said Dovizioso of his chances of delaying his rival’s coronation at the Buriram track.

“Here we didn’t arrive too optimistic and the practice sessions didn’t go very well, but at the end we came second and this shows that we shouldn’t give up.

“We understand quite well what is happening and we work calmly, in the races we almost always bring home the maximum.”