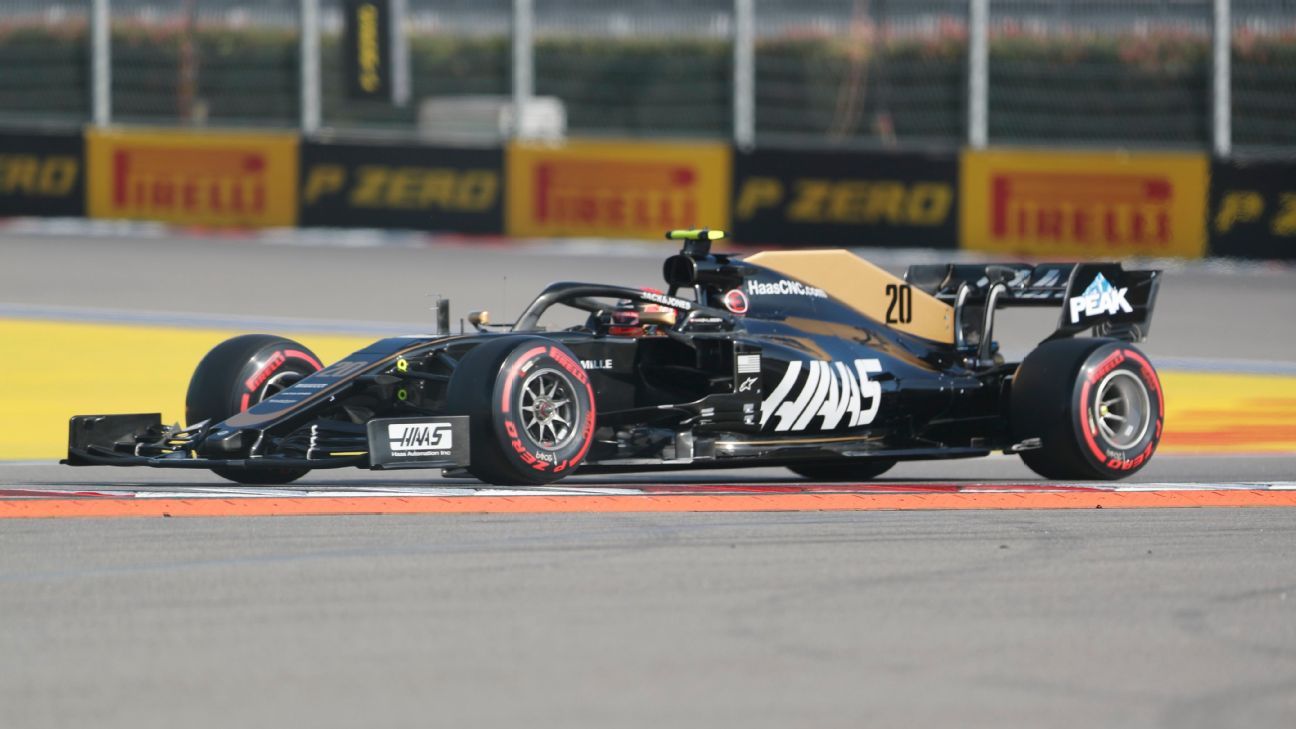 Kevin Magnussen and Haas team boss Guenther Steiner have hit out at the Russian Grand Prix race stewards for a “B.S.” penalty which nearly cost the Dane a top-ten finish in Sochi.

Magnussen was holding off Sergio Perez for seventh when he ran wide at Turn 2. Ahead of the race it was agreed any driver who did so had to rejoin the track through two bollards — Magnussen attempted to do this, but as he had hit a kerb was at too much of an angle to obey the rule without aggressively swerving left.

The Danish driver lost seventh as a result of the mistake but was soon handed a five-second time penalty. It eventually dropped him to ninth at the finish, but only after some flat-out laps at the end to ensure he didn’t drop behind Nico Hulkenberg and Lance Stroll when the penalty was applied at the finish.

Magnussen was ninth once the penalty had been added to his race time. After the race, Haas boss Steiner said to Magnussen on the radio: “If we wouldn’t have a stupid idiotic steward, we would be eighth.”

Magnussen was equally critical when he reached the TV pen after the race.

“This is bullshit,” he said about the penalty. “We have this Turn 2, which is a crap corner. It’s just stupid. You know, just make it… put gravel there, or something.

“I’m not a safety expert, and I never will be, but I think the way it happened today was I missed that corner, went through a load of crap offline on the run-off and lost a hell of a lot of time and got penalised by my own fault.

“The FIA didn’t have to do anything because I didn’t completely miss [the corner]. It wasn’t black and white, and yet they choose to give me a penalty.”

When asked if he was driver with some anger in the closing stages, Magnussen replied: I was. Absolutely I just had six of my best laps this weekend in a row.

“I got told I had that penalty, they said we need everything for you now, they gave me maximum engine power, used way more than we should have, they timed it perfectly so I could use all my energy and on top of that I had to do six qualifying laps and I absolutely nailed all of them.

“I obviously had the car to do it as well, everything was perfect for that scenario.”

The result is the first time Magnussen has been in the points since the chaotic German Grand Prix in July.