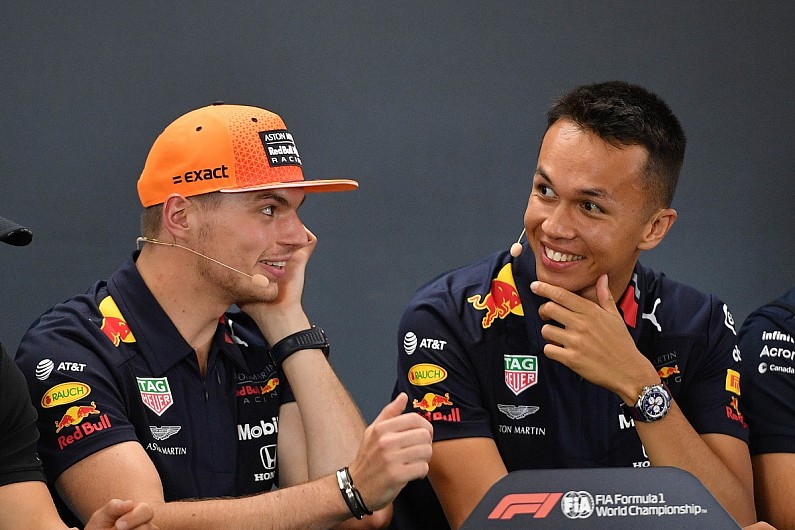 Max Verstappen says he does not want to be the deciding factor as Red Bull picks who should be his Formula 1 team-mate next season.

Verstappen is currently partnered at the team by Alex Albon, who was promoted from the Toro Rosso junior outfit mid-season in a seat-swap with the underperforming Pierre Gasly.

Red Bull is working out which driver in its pool is the best option to take the second seat full-time next year, with the choice apparently between Albon or Gasly after Red Bull’s motorsport advisor Dr Helmut Marko ruled out Daniil Kvyat, the other Toro Rosso driver.

Asked how engaged he is with Red Bull’s decision, Verstappen said: “It’s up to them.

“I’m not the deciding factor and I also don’t want to be.

“I don’t mind who is sitting next to me, and they are the bosses so they decide.”

Gasly’s performances against Verstappen led to Red Bull dropping the Frenchman after the Hungarian Grand Prix, having initially intended to support the struggling driver to the end of the year.

He has scored points twice in three races since returning to Toro Rosso and would likely have made it a hat-trick were it not for an incident outside his control in the Italian Grand Prix.

Commenting on his two team-mates so far, Verstappen said: “[Alex is] good, I enjoy working with him, he’s very relaxed.

“But it’s no difference to Pierre, I really like working with Pierre. He’s also a very nice guy.

“I’m really happy now for Pierre at Toro Rosso, he had a good performance in Singapore, so for sure that makes him more comfortable.

“But coming back to Alex, so far we drive the car in pretty similar ways.

“Everybody has their own style but I think we are both looking for the same things.

“That is also important for the team.” 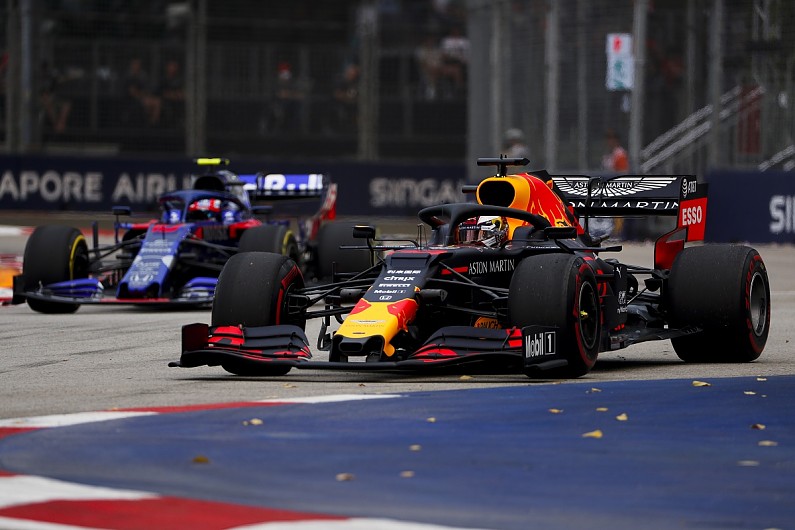 As the current incumbent of the second Red Bull seat, Albon is in the best position to secure the drive permanently for next year.

He said there has been “a lot of support” from team boss Christian Horner and Marko.

“They have allowed me to find my feet and learn from the team, and they are very open to me asking questions,” said Albon.

“I’m not really focused on next year and all that kind of talk, just focused on this right now, the present, and trying to maximise each race.

“I know results are what are going to matter at the end of the day.”

Albon added: “There are no targets for me right now, it is just doing the races.

“There are quite a few races to go. They haven’t been pushing me in any sense like that.”