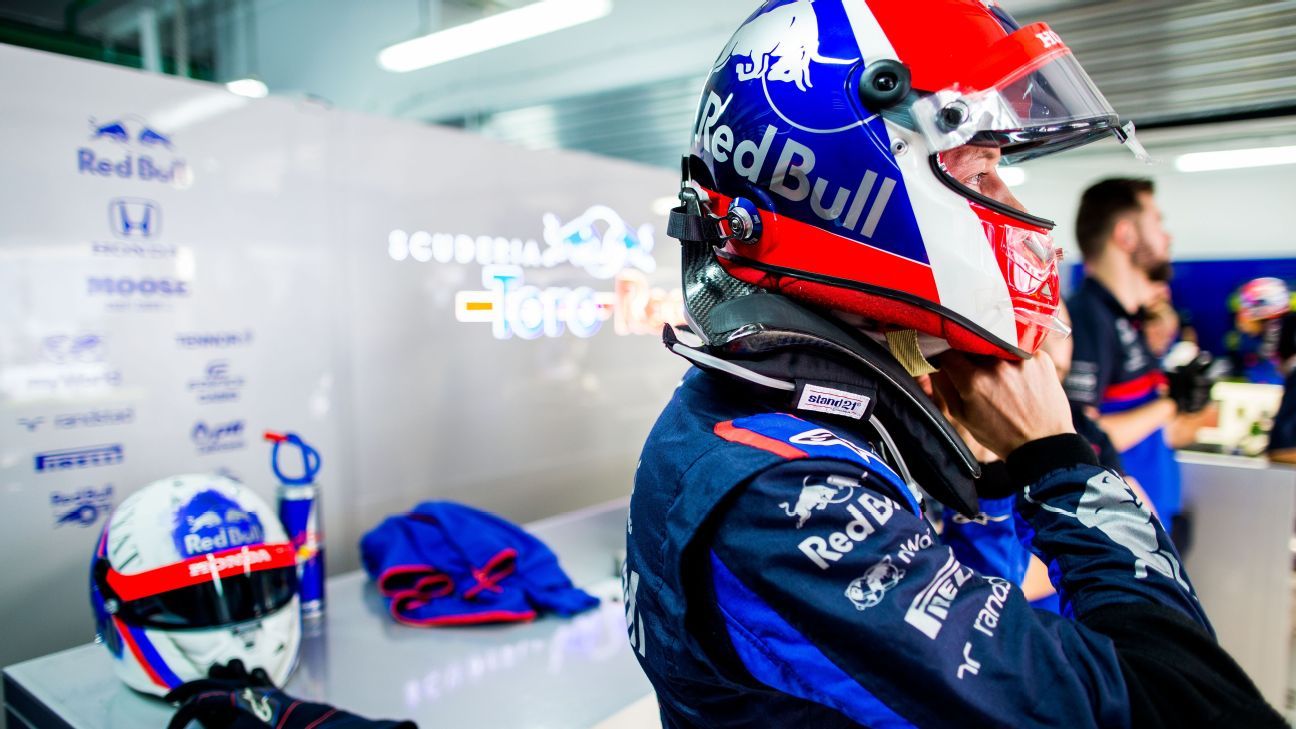 The Formula One paddock is a busy place that hosts a lot of serious business over a race weekend, so we try to bring you some of the news stories you might otherwise miss ahead of the Russian Grand Prix.

Local hero Daniil Kvyat wanted to wear a helmet featuring a one-off design for the Russian Grand Prix this weekend, but the F1’s rulebook might prevent him from doing so.

F1 drivers are only allowed one significant change per year, according to Article 9.1 of the regulations. Helmet changes were restricted in 2014 to allow fans to better identify drivers after it became commonplace to have radically different designs on a regular basis.

Article 9.1 allows a driver one exception during the season — Kvyat raced at the Italian Grand Prix with a modified lid, meaning he is not allowed to race in his current iteration.

The Russian driver had it on display at the back of the garage during Friday practice ahead of this weekend’s race. The helmet in question has retained his usual red, white and blue design, the colours of Russia’s flag, but with white taking the predominant space at the front.

Kvyat didn’t sound like he was going to play ball when he spoke to the media on Friday.

“The rule says that there is one helmet you can use per year, which I didn’t know about,” he said. “Is a good helmet. Hope you saw it. I don’t know… I put it there in the garage, just to show it to everyone.

“Maybe I will use it tomorrow. Lets see. I still don’t know what could be the consequences. But to be honest, there are bigger problems to focus, than a helmet design of a driver, I guess.”

He also confirmed he will talk to FIA race director Michael Masi to see if he can get some leniancy.

This blog will be updated throughout the weekend.