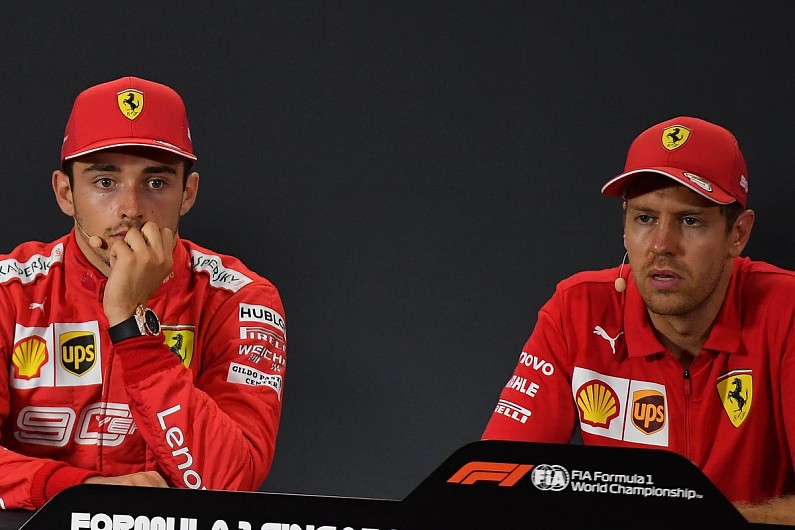 Charles Leclerc says he will “just shut up” instead of making negative radio comments to his Ferrari Formula 1 team after the 2019 Singapore Grand Prix.

Leclerc voiced his frustrations at ending up behind team-mate and eventual race winner Sebastian Vettel during the concluding stages of last weekend’s race in Singapore.

After talking through the events with Ferrari and understanding the reasons behind its strategy calls Leclerc now accepts that he should have been more careful with his comments.

“I believe my reaction was well over what it should be,” he said. “And that shows that I’ve still got a lot to learn.

“In that situation there was no need to be like this – the team [did] the right thing, we finished first and second.

“We wouldn’t have finished first and second with another strategy, and that’s what matters the most.

“So on that I definitely have got a lot to learn. [And] a lot to improve. But that won’t happen again in the future.

“But I just need to control myself more in these situations and, how can I say it politely, just shut up instead of speaking on the radio. I’ll learn from it, and try for it not to happen again.

“There’s no need to be like this on the radio any time during the race, even if there’s adrenaline, I think it just puts more mess than anything else.

“The most important thing is that the team has done first and second, and for that I’m very happy.” 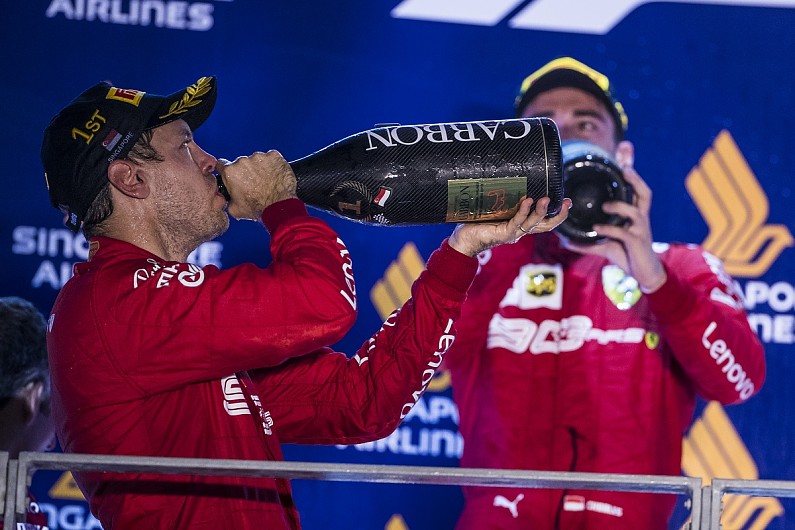 Vettel defended his young team-mate as he stressed how busy drivers are in the car.

“I don’t think you should interpret too much into these messages,” he said.

“We are driving when we are opening the radio. If you did the same exercise with every footballer or even a golfer you would be surprised, and there’s no point trying to understand the reason behind what people say when they are in the moment. It’s pretty normal.

“Obviously he wanted to win, he was upset when he realised he was behind.

“If it was the other way around I probably would have been equally as upset.

“It’s part of the emotion that runs through you when you are racing. If they weren’t it would mean that you don’t care, and I don’t think there are many drivers that don’t care.”