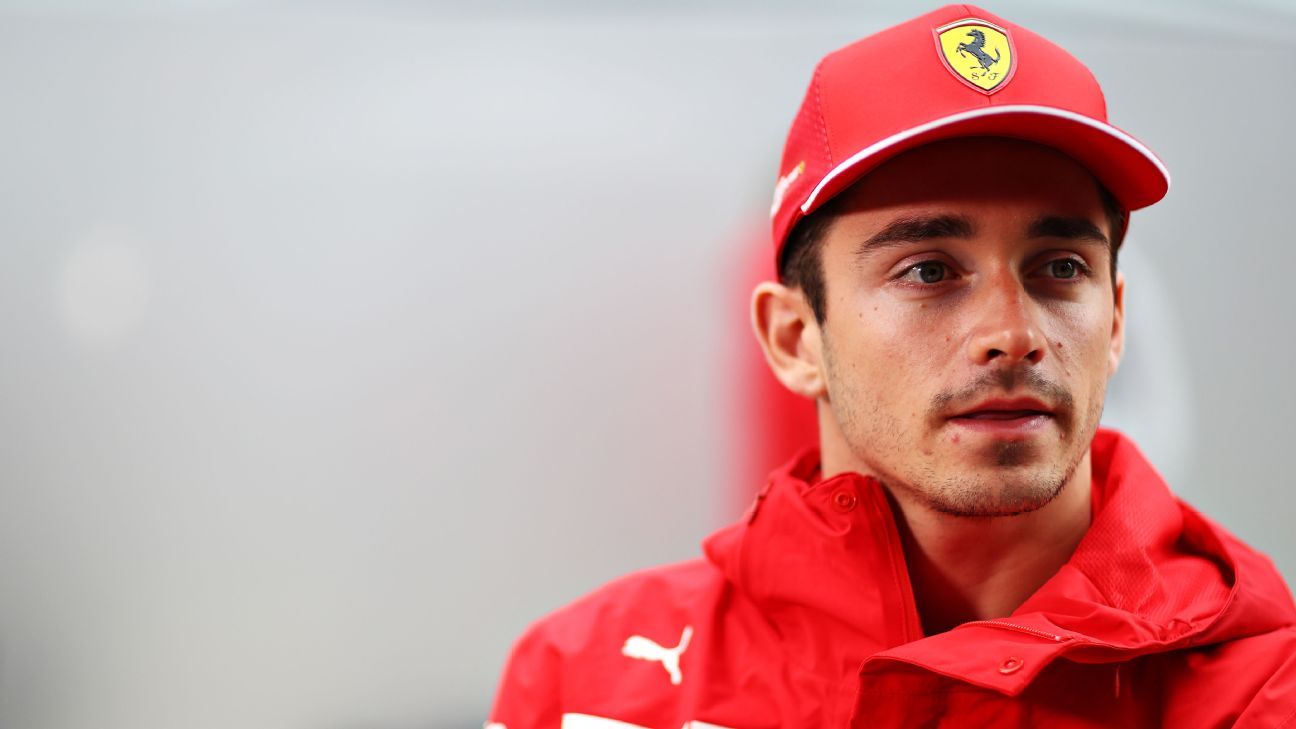 Charles Leclerc has told himself to “shut up” and show restraint in difficult situations after venting his frustrations during the Singapore Grand Prix over his in-car radio.

Leclerc was annoyed after seeing teammate Sebastian Vettel put onto what turned out to be the better strategy. Leclerc had claimed pole and led the early stages of the race, but emerged from his stop behind Vettel — the Ferrari drivers would finish in that order for its first one-two of the season.

He made his feelings clear over the car-to-pit radio during the second half of the race.

At one stage, he told Ferrari: “To be completely honest with you, I don’t understand at all the undercut”, referring to the decision to pit Vettel earlier than him.

When told to get his head down and continue racing, he replied: “Yeah, my head is down and it will be down until the end. I just want to let you know my feeling.”

Before a Safety Car restart, Leclerc was told he could not have the quickest engine mode, to which he replied; “I won’t do anything stupid. It’s not my goal. I want us to finish one-two, I just think it’s not fair. I won’t be stupid.”

On Thursday, Leclerc was speaking to the media ahead of this weekend’s Russian Grand Prix in Sochi and it was clear the way he handled the situation is still at the forefront of his mind.

“Definitely the radio messages,” Leclerc said when asked what he could have done better in Singapore. “I believe that my reaction was well over what it should be, and that shows that I’ve still got a lot to learn.

“On that, I’ve definitely got a lot to learn and a lot to improve so that won’t happen again in the future.”

When asked if he felt it is possible to say those things without pushing the radio button, he replied: “That’s definitely the goal.

“In the car, it’s always very difficult. There is a lot of adrenaline.

Vettel defended Leclerc’s irritated messages, said it showed a driver who was passionate about claiming victory.

“Radio messages, I don’t think that you should interpret too much into these messages because we are driving when we are opening the radio and I think if you would do the same exercise with any footballer or even a golfer, you’d be surprised and there’s no point trying to understand a reason behind everything that people say when they are in the moment.

“I think it’s pretty normal and obviously he wanted to win. He was upset when he realised he was behind, which if it was the other way around I probably would have been equally as upset. It’s part of the emotions that run through you when you are racing. If they weren’t then it would mean that you don’t care and I don’t think that there’s many drivers who don’t care.”

Leclerc’s form has propelled him to third position in the championship — he is level on points with Red Bull’s Max Verstappen and six points ahead of Vettel.

Get that TRACTOR off the track! 🤭
The Brand Centre
Join us live from Misano for Round 6 of the 2021 Fanatec GT2 European Series! 📺
2021 Acura Sports Car Challenge Presented by The TLX Type S at Mid-Ohio
GoPro: Courtney Duncan RD 3 2021 FIM WMX of Turkey Moto 1