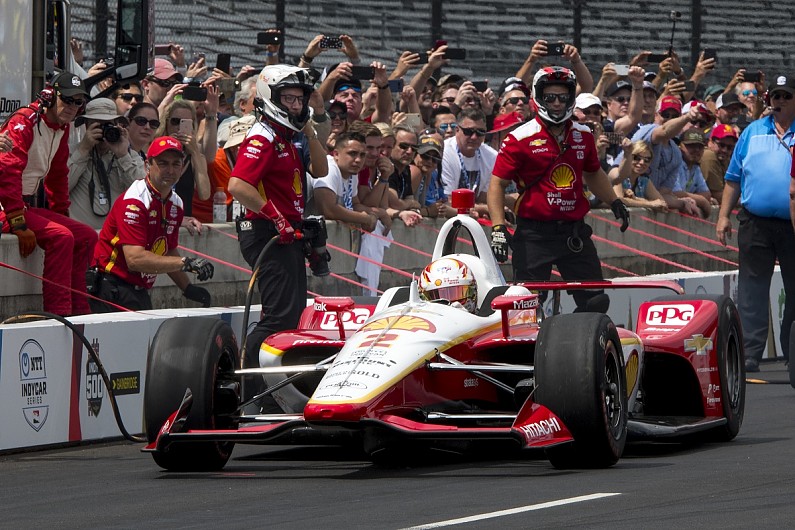 Double champion Josef Newgarden will demo his Penske IndyCar at Charlotte this weekend, and the track and championship have held “high-level” talks about an IndyCar Roval round in the future.

This weekend NASCAR will hold its second successive event at the Roval after the road-course style lay-out was used for the first time in 2018.

Since the 1.5-mile circuit was launched, the track has held talks with various championships, according to CMS general manager Greg Walter.

“When we added the Roval, that opened up a lot of eyes among all forms of racing, both open-wheel and closed-wheel,” Walter told Autosport.

“Would we have IndyCar back? We’ve talked to IndyCar about the possibility of running on the Roval, intrigued about that idea.

“We’ve had conversations with IMSA about the possibility of showcasing that series.

“The Roval is a very technical course. You have to think of it as a street course.

“We are open to conversations with any race series about hosting a race here.”

And IndyCar spokesperson added: “Over the past couple of years we have had high level discussions about the concept, but nothing is imminent.

“Charlotte Motor Speedway is a terrific facility and the market loves motor sports.

“We also regularly speak with promoters around the world about possible events.”

The 2020 IndyCar calendar was revealed earlier this month, with the only change being Richmond replacing Pocono.

“We’re going to go to the Roval on Friday, and I’ll get to do some quick laps, demoing in their car, which is going to be very, very cool,” said Newgarden.

“It’s just going to be a good showcase for our partnership together with Joey Logano, and I’m quite excited for that.

“I have not been to that track, so to be able to go there and showcase our partnership is going to be very, very fun.”