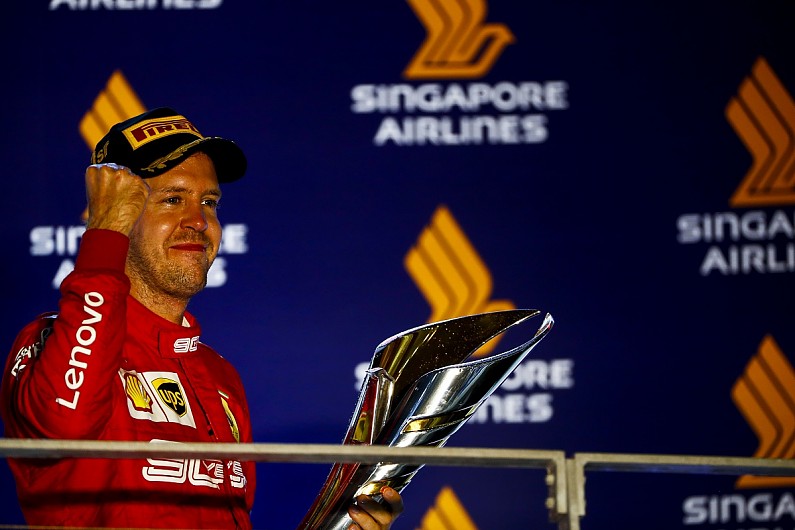 The latest edition of The Autosport Podcast considers the extent to which Sebastian Vettel’s surprise Singapore Grand Prix victory marks the rebirth of the four-time Formula 1 world champion.

Vettel’s win came after he jumped team-mate Charles Leclerc in the pitstop phase, a result of Ferrari underestimating the power of the undercut when stopping Vettel first, and was the perfect tonic after a disastrous performance at Monza a fortnight earlier.

Edd Straw is joined by Glenn Freeman and Stuart Codling, who debate whether Vettel’s first win in more than a year changes the recent shift in dynamic between him and Leclerc once more, or if Leclerc will be able to sleep easy knowing he again had the measure of his more experienced team-mate.

Reigning world champion Lewis Hamilton won the Russian Grand Prix last year but only after Mercedes asked Valtteri Bottas to let his team-mate through, and this episode also considers whether Bottas can shine again at Sochi – the scene of his first F1 win.

The proposal to trial reversed-grid qualifying races at select grand prix next year has been a major point of interest over the past week, and the podcast team discuss the merits of such an experiment.