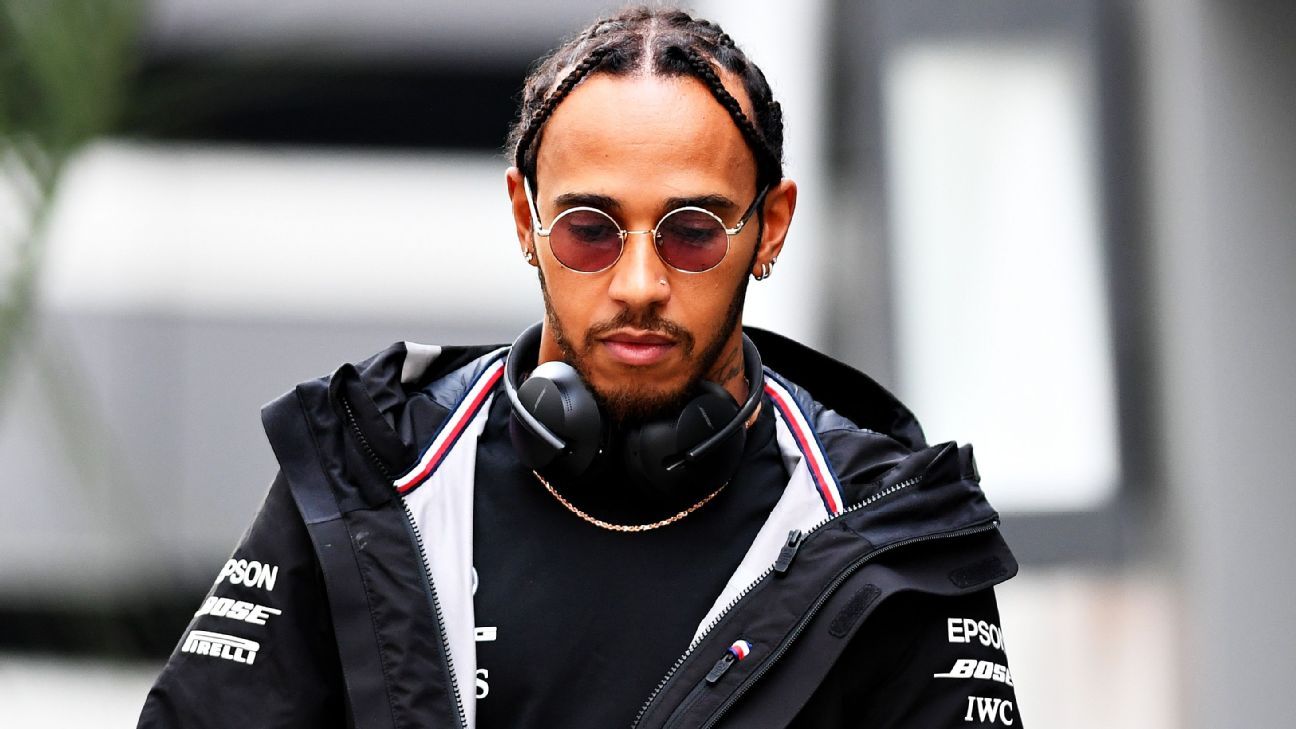 Five-time world champion Lewis Hamilton is concerned Formula One’s plans to experiment with new race formats next year is simply a way of masking the shortfalls of the long-awaited 2021 rules package.

F1 has not given specific details on its plans, but it is understood that a reverse-grid qualifying race is under serious consideration. The idea is being proposed for just a handful of races in 2020 so that the sport can decide whether to retain the concept ahead of 2021 when new technical, sporting and financial regulations are scheduled to come into force. But Hamilton is worried F1’s plans to tinker with the sporting side of the sport is simply a result of a lack of confidence in the 2021 technical regulations.

“The fact that now they are trying the reverse grid and all that feels like an excuse for not doing a good enough job,” Hamilton said.

F1 hopes to make racing closer and more competitive with a new set of aerodynamic rules in 2021, but with little over a month before they are due to be signed off, teams have raised concerns that the overall package will make the cars heavier, slower and remove design features to distinguish one team’s car from another.

Hamilton attended a meeting of F1’s rule makers earlier this year to lobby for lighter cars in 2021 that are easier to race, but is concerned his views had little impact.

“There is absolutely no reason to make the cars heavier. It’s not safer, it’s not better for racing, so my points are still the same. I’m still concerned and I don’t think that is going to change to be honest. From what I’ve experienced and witnessed in the meeting, it is what it is.

“And we are going slower as well. Why does Formula One want to go slower? We are supposed to be moving forward with technology and innovating. We should be going faster. But we are moving to worse tyres, heavier cars, more sluggish.

“And when you speak to these guys [who are making the rules] they just don’t understand. Pretty much all of them haven’t raced ever before or even been in a Formula One car. But that’s how it’s been for the whole of my period in Formula One. I will just try and remain hopeful that the decisions they make will be good.”

Hamilton said he was not opposed to changing the format of weekends, but is worried the reverse-grid idea is “shooting in the dark”.

“It’s not particularly my decision to make, but I am not opposed to changing the weekend format because, Jesus, it can be very boring; the same format every weekend for 21, 22, 23 races. And on some races like Singapore, where it’s not a good race for actually being able to race at, maybe make some adjustments and maybe on that weekend it’s a different format.

“The same with Monaco, it’s not a great race so maybe you do something different. I’m absolutely up for that as long as it’s thought about properly and not just shooting in the dark, which a lot of the time these super intelligent people do.”

The main concern over heavier cars is that it will have knock-on impact on the tyres, which are recognised as a limiting factor when it comes to racing. Haas driver Romain Grosjean, who is one of three directors in the Grand Prix Drivers’ Association [GPDA], said the combination of heavier cars and a new 18-inch tyres is a concern.

“It [the car’s weight] is getting out of hand a little bit,” he said. “It’s not great driving in a car that is getting lazier and lazier, but our main issue with the weight is that it puts more stress on the tyres and the car at the start of the race is 200kg heavier than it was 10 years ago and 200kg on the tyres is a lot of force to cope with and make it even harder.

“The 18-inch tyres, we believe from the people we have been talking to that it will make the problems worse. It is harder to control [the weight] on a thinner [tyre] shoulder and [the wheel] is heavier. It’s new technology also and it all needs to be redone. The people we have been talking to, it looks like it is even harder to control those tyres in 18 inches.”