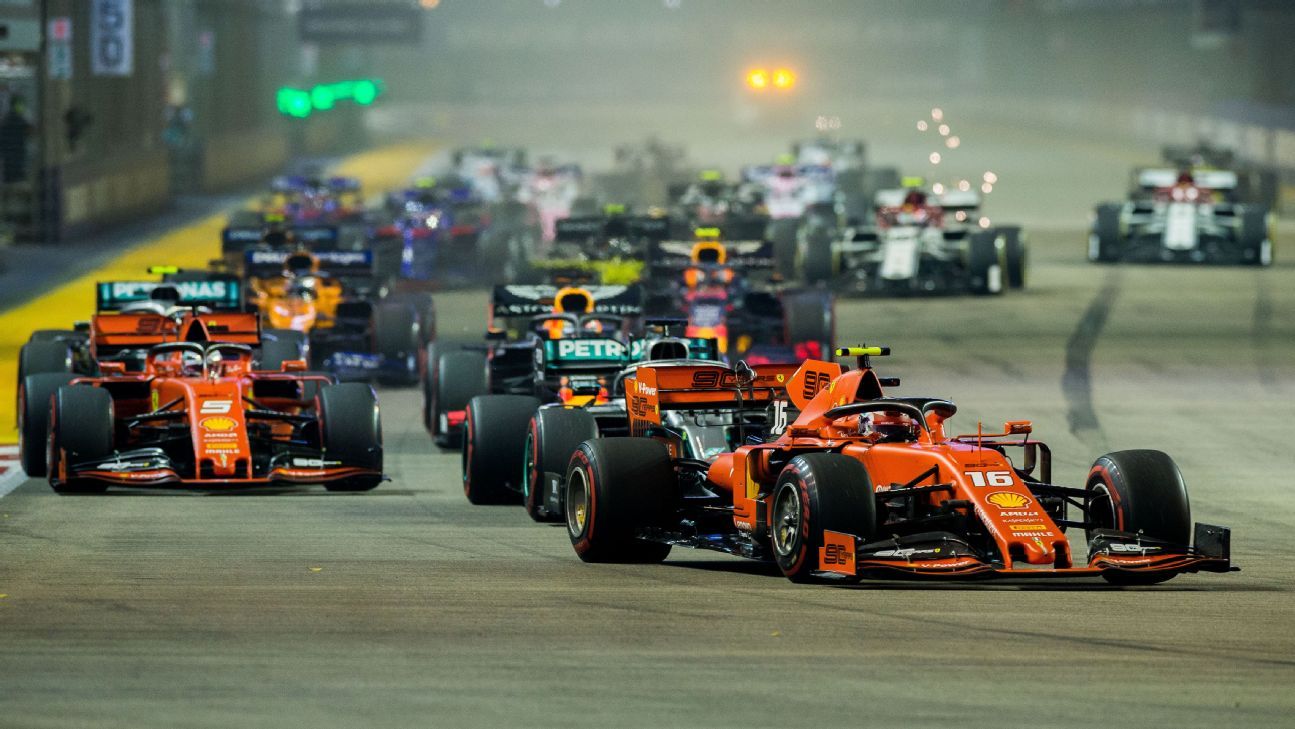 After Sebastian Vettel won his first race in over a year, we assembled ESPN’s panel of F1 journalists — Laurence Edmondson, Nate Saunders, Kate Walker and Maurice Hamilton — to discuss the main talking points from the Singapore race weekend.

Given the events of the last three races, if asked right now would you predict Ferrari winning the title in 2020?

LE: Not quite. Dig a little deeper into the results and it’s clear track characteristics and circumstances led to Ferrari’s hat-trick of victories. The team has definitely made a step forward, but it’s not at Mercedes’ level yet.

NS: I still think that’s a leap, and this year showed the problem with hyping Ferrari early. If Ferrari has a strong preseason and wins in Australia next year, I’ll start to be convinced.

KW: Nope. Not because I don’t think they can do it, but because I’m loath to make any predictions that far ahead. We could see a total change of leadership at Maranello this winter despite the recent string of wins, as Ferrari have a habit of disposing of babies with their bathwater. Until we know the composition of the team, we can’t know if they’ve got what it takes to win.

MH: I’d be reluctant. The enthusiastic predictions based on Ferrari’s form during preseason testing should guard against that. They’re certainly on an upward path compared to the first half but, with Ferrari, you can never be certain.

LE: With an ever-expanding calendar, I think F1 is right to explore new ideas. Twenty-one copy-and-paste race weekends is getting very samey, so when it rises to 22 next year and 25 in the future it is only going to become more tedious. Deciding the grid by putting the fastest car at the front may be the traditional way of doing things, but it also leads to predictable results. At circuits where qualifying laps aren’t particularly thrilling to watch — let’s say China, France and Russia — why not try something different?

NS: I think it’s a good idea at some places, but F1 needs to be careful not to start equating gimmicks with solutions to some of the issues. If the playing field is brought closer together, you don’t need a reverse grid race.

KW: Don’t like it at all. I think it’s artificial, and I don’t think it’s fun — does anyone ever value a sprint race win if they’re honest with themselves? Woohoo, you finished P8 yesterday. What a hero. If we’re doing silly qualy, let’s give all the drivers paintball guns and the last paint-free car gets pole. It’d certainly be a spectacle…

MH: I’m opposed to any artifice ranging from reverse grids to DRS. Stop messing around and fix the big stuff: cars that can overtake; cars that are less aero dependent, tyre performance that doesn’t drop off a cliff. If giving us reverse grids is supposed to fix the spectacle of leaders lapping 12 seconds off the pace, then priorities are totally skewed.

We’ve been critical of Sebastian Vettel previously. Can Singapore help him return to his best form?

LE: It certainly won’t do him any harm — the pent-up emotion was clear to see as he stood on the podium and the German national anthem played out. But if anything is helping him right now, it’s Ferrari developing a car with a more stable rear end. That’s essential for his driving style.

NS: As I’ve said all year, I hope so, as Vettel at his peak was mega. He wouldn’t have beaten Leclerc without strategy but he didnt put a foot wrong once he got into the lead. Hopefully that gives him that self-belief back.

KW: Not unless Singapore also marked the secret return of 2011. Sure, SebVet will have left Singapore with a spring in his step, and it must be nice to have his last win a recent memory rather than a Facebook Memory, but Seb’s best form saw him outqualify the field by miles before leading from lights to flag. Neither he nor Ferrari are anywhere close to that.

MH: It will certainly help. Even though he was fortunate because of the way the strategy and tyre performance worked out, he did a faultless job in the race, particularly when coming back through the field. But even if he finds whatever his ‘best form’ might be right now, it’s becoming clear that Leclerc is going to be quicker, probably nine times out of ten.

Rules are rules, as Daniel Ricciardo found out in Singapore. Should “common sense” apply in situations such as that or was the FIA right to exclude him from quali?

LE: I don’t see how “common sense” and applying the rules are at odds. How many slapped wrists can you give on technical matters before engineers start exploiting that FIA’s leniency? As race director Michael Masi pointed out: You can’t be half pregnant. To be honest, Ricciardo is picking the wrong fight here; he needs to turn to Renault and make sure the same thing doesn’t happen again. Let’s face it, no other team has had the same problem in the hybrid era.

NS: In this case, a power surge for a micro second on a lap that wasnt even his quickest in Q1, there surely should be some allowance for common sense.

KW: Exclusion was the right call. There’s a strong argument for grey area when it comes to sporting regs, because we’ve all seen how wrong black and white goes. But when it’s technical stuff, the teams are too good at eking out all manner of advantage. D-Ric’s may not have been deliberate, but if you give the teams an inch they’ll take 305 kilometres.

MH: We could spend all day citing past examples of “Yeah, but it was only out by a tiny amount and made no difference to the car’s competitiveness”. If you start to make exceptions, where do you draw the line? Even if the figure is 0.001, it’s exceeding the limit. Exclusion has to be the final word. If you start disallowing just that one lap — as has been suggested in Ricciardo’s case — you’re leaving the door open for abuse.

How many more races will Ferrari win in 2019?

LE: Looking at the remaining races, I’d say Abu Dhabi stands out as the most likely: Long straights, 90-degree corners and the softest tyres on offer. But if the car’s development continues at a fast rate, maybe they will sneak another victory somewhere else. So two maximum.

NS: I can see then winning in Russia and Mexico, so at least two.

KW: How long is a piece of string? The Scuderia have won three on the trot, but that doesn’t define future performance. We’ve got six races left, and three teams capable of winning on a normal day, but that doesn’t mean two wins apiece. Few expected Ferrari’s Singapore result, so my vote is for six surprise results. I’m a delusional optimist.

MH: The way things are going this year, Sunday proved that you can’t say: “Well this circuit will suit them and that one won’t”. It’s Game On and it would be nice to think they can take the fight to Mercedes and win at least half of the remaining six. Which ones, I’ve no idea — which is great.