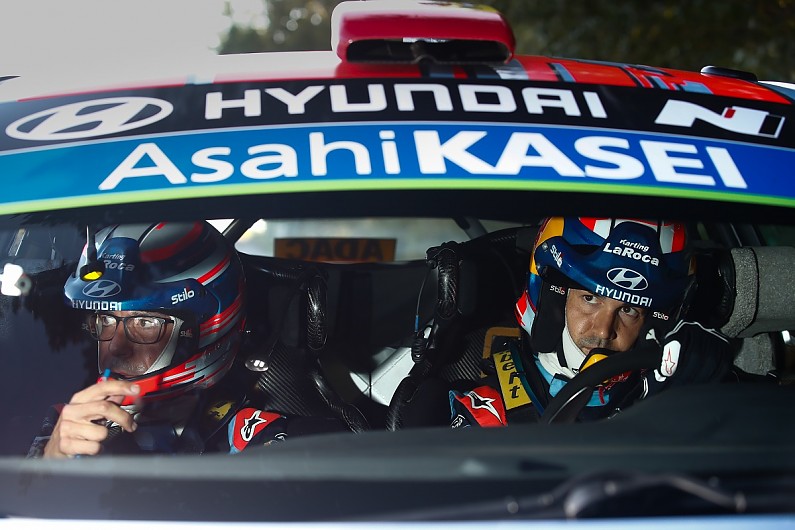 Dani Sordo is expected to remain with Hyundai in the World Rally Championship for a seventh season in 2020, despite speculation about a move to Toyota.

The 36-year-old took his first win since 2012 earlier this season in Sardinia and has been in contention for podiums on most events he has contested this year.

His strong form led to speculation that Toyota and its team principal Tommi Makinen – a known admirer of Sordo – would attempt to sign him for 2020.

But Sordo has played down such a move.

“I’m very close with Hyundai,” Sordo said. “For me, it’s close [with the team] because I feel really good with the people, they respect me a lot, they consider me in everything.

“I am happy with [Hyundai Motorsport director Andrea] Adamo, everything is upfront with him.

“If I have a problem, I can tell him, ‘Hey, you are a fucking bastard.’ But after that, we have a coffee and it’s fixed.”

Sordo dismissed talk of a move to Toyota, adding: “If Tommi really wants me then he needs to talk. 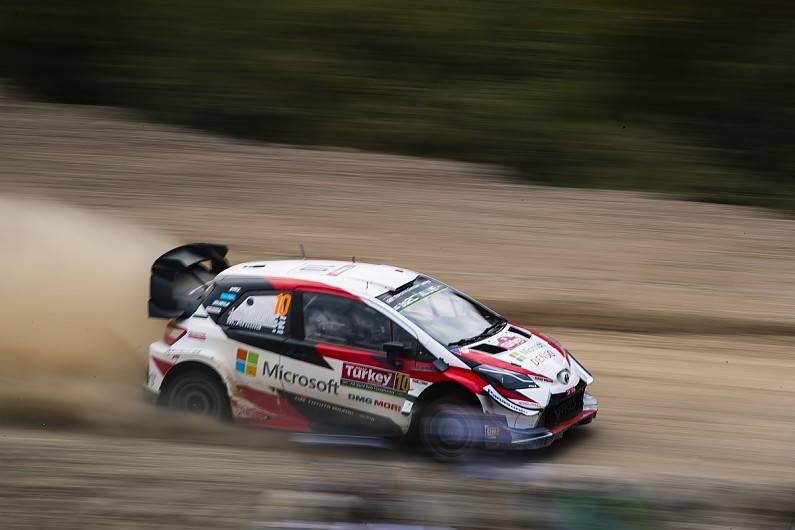 “Adamo comes to me and he says ‘I want you’.

“I have no problem with Tommi – he’s nice, but I never had a chat face-to-face with him [about next season].”

Adamo described Sordo as a strong option for next season.

With Sebastien Loeb under contract for a further six rallies next year, Adamo needs to find a driver ready to run a part-programme – something that suits Sordo.

Asked how likely Sordo was to remain, Adamo replied: “Let me say the other way around – I cannot see somebody better.

“That doesn’t mean that he remains here because I have no alternatives, I don’t want to be misunderstood.

“I grab him because he’s a team-builder, he’s reliable, somebody with a good mood and, when there’s a problem, there’s no finger-pointing.

“When he has something to say he comes to me and we talk – he doesn’t make the show around the world.

“This is why I say I don’t see somebody better.”

Sordo will not take part in next weekend’s Wales Rally GB as Hyundai will field Craig Breen, Andreas Mikkelsen and Thierry Neuville.