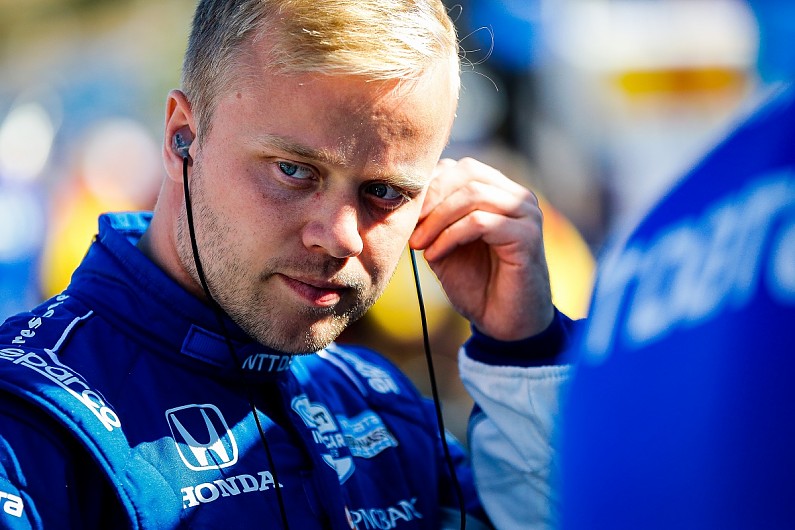 Felix Rosenqvist admits he channelled his “anger” over his treatment at the hands of the IndyCar Series’ stewards into a strong finish in last weekend’s Laguna Seca season finale.

The Chip Ganassi Racing driver capped off his rookie campaign by finishing fifth from 14th on the grid on Sunday, after having his two fastest laps in his qualifying group scrubbed for spinning in front of James Hinchcliffe.

Rosenqvist described the ruling as “one of the most stupid decisions I’ve ever seen”, but it did not stop him from earning the Rookie of the Year title by just five points ahead of the winner of the Laguna race, Colton Herta.

Asked what role the events of Saturday played in his recovery drive, Rosenqvist replied: “It was a big deal. You know, this weekend was our time to sort of end the season on a high, and starting 14th is not normally the way to do that.

“Yeah, tried to use that little bit of anger to go forward today. That was good, I think, and still, I think, it was a controlled drive.

“As I said before, you kind of had to be sensible when you had to and aggressive when you had to, and actually made a really interesting race here at Laguna. I think everyone enjoyed that, so looking forward to coming back here next year.” 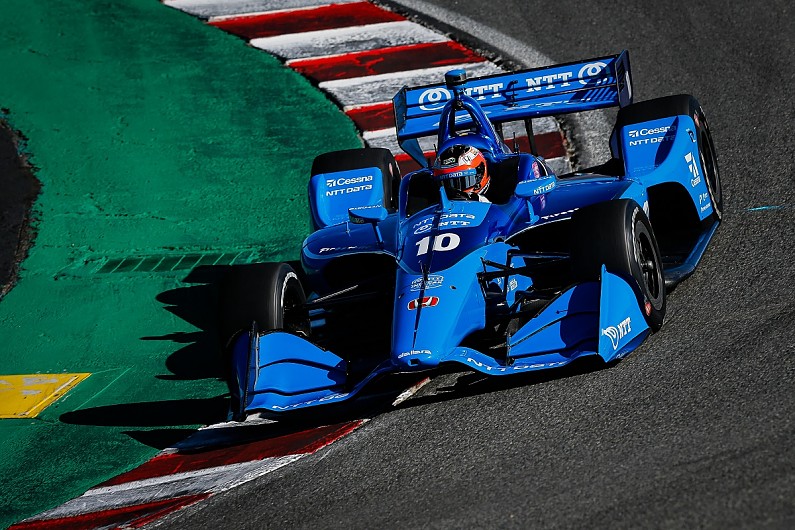 As well as finishing the season as top newcomer, Rosenqvist vaulted to sixth in the overall standings ahead of veterans Ryan Hunter-Reay and Takuma Sato thanks to his storming Laguna Seca drive, which marked his sixth top-five of the year.

It also followed second-place finishes in the two road/street course events prior the finale at Mid-Ohio and Portland.

“Honestly not,” said the Swede when asked if he imagined if he would enjoy such a strong conclusion to the season. “As I said, we were really far behind at one point, and I just tried to focus on the rookie championship.

“I guess the Rahal [Letterman Lanigan Racing] cars [of Graham Rahal and Sato] didn’t finish that well, so yeah, I’m actually more happy about that than the rookie title.

“I knew technically I could get sixth today, but I didn’t know until I finished the race, and I was kind of shocked about it.

“Being sixth, that’s probably best of the rest, I’d say, all the guys in front of me have done a better job for sure, but all the Penske guys and Scott [Dixon] and [Alexander] Rossi, they’ve done a hell of a job this year, so hopefully we can be in that mix next year.”