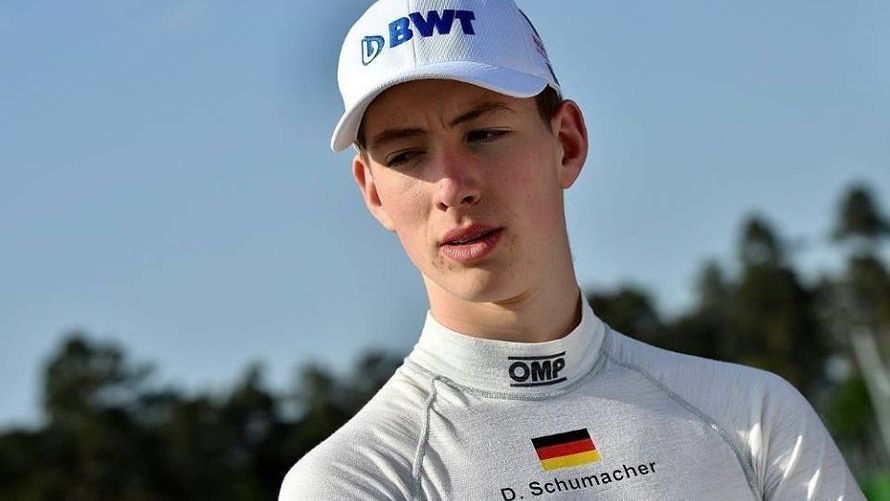 Ralf Schumacher’s son David will race in the Formula 3 season finale in Sochi this weekend, meaning two Schumachers will compete on the support bill for the Russian Grand Prix.

David Schumacher has been drafted in to replace the injured Alex Peroni, who was injured when his Campos Racing car was launched into the air by a kerb during a race at Monza earlier this month. The Australian driver suffered a fractured vertebrae in the incident and is currently in a period of rest.

David’s cousin Mick, the son of seven-time world champion Michael, the most successful driver in F1 history, is currently in his rookie season of Formula 2. F2 and F3 are the feeder championships to F1.

Mick, 20, claimed his first F2 win at the sprint race ahead of the Hungarian Grand Prix in August and joined the Ferrari driver academy at the start of the year. He remains an outside bet for a 2020 drive with Alfa Romeo, although it seems more likely he will be given another year in F2.

David and Mick’s fathers are the only siblings to have recorded race wins in F1 and were the first brothers to finish one-two in a race — they first did so at the 2001 Canadian Grand Prix, repeating the feat on four more occasions.

Ralf did not enjoy the same success as his brother, but he enjoyed a stint at the front end of the F1 grid. He claimed six victories for Williams in his stint with the team between 1999 and 2004. He raced for Jordan and Toyota either side of that.