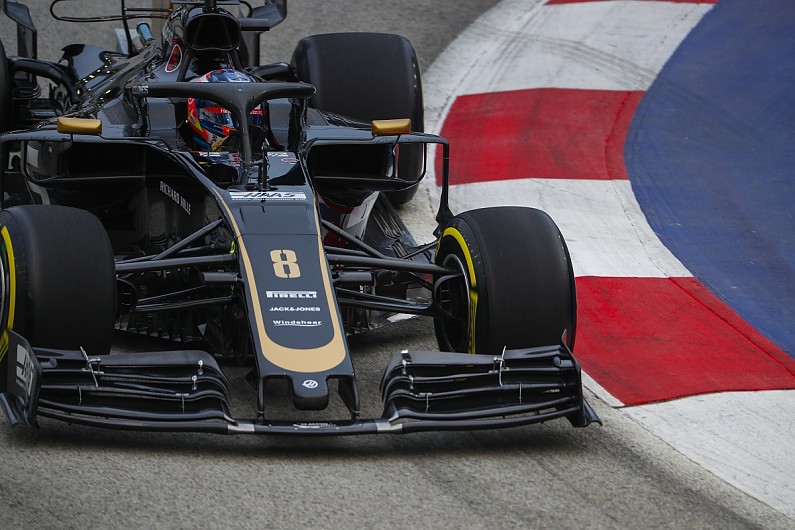 The Haas Formula 1 team wants both Romain Grosjean and Kevin Magnussen to use its Melbourne-spec car for the Russian Grand Prix as it seeks a solution to its struggles.

Grosjean was moved across to the hybrid version of the car in Singapore, which features the floor, bargeboards and rear wing that it started the season with, but runs with the latest iteration of the sidepods and front wing.

The team only had one version of that package available last weekend, but now hopes to be able to shift Magnussen across as well for the Sochi event.

Asked by Autosport what the plan was for after Singapore, team principal Gunther Steiner said: “It is a hybrid [now].

“It is not the clear Australia spec any more, because we couldn’t do that as we would always need to change the chassis.

“Kevin’s car wasn’t slow [in Singapore] and we need to analyse both cars over the race, but at the moment the plan is that we go back to the spec Romain ran, with both cars. That was planned before already.”

Haas has decided that the hybrid Melbourne spec is its best solution because it has learned that developments it introduced since the start of the season failed to produce any step forward in performance. 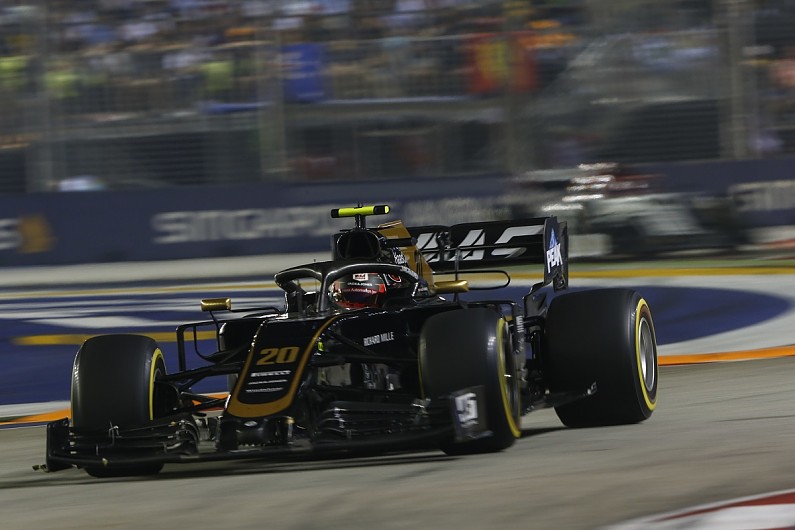 Steiner has admitted that if it had used its latest car at the start of the season, it would not have delivered any more speed.

“It wouldn’t be any better,” he said.

“There would maybe a different profile of how it works but it wouldn’t be any better.”

The problem has been traced back to a windtunnel correlation issue, where performance unlocked back at base is not delivered with the real car.

The team is now in a race against time to understand why that is, so that the problem is not repeated with its 2020 challenger.

“We are working on it,” added Steiner. “We know we have a problem but we think that we are getting there.

“We will do some testing during the year for the remaining races to find out why it is doing what it is doing or why this correlation issue is there.”

“I think if in the next two to four races we find something, we are still good.”