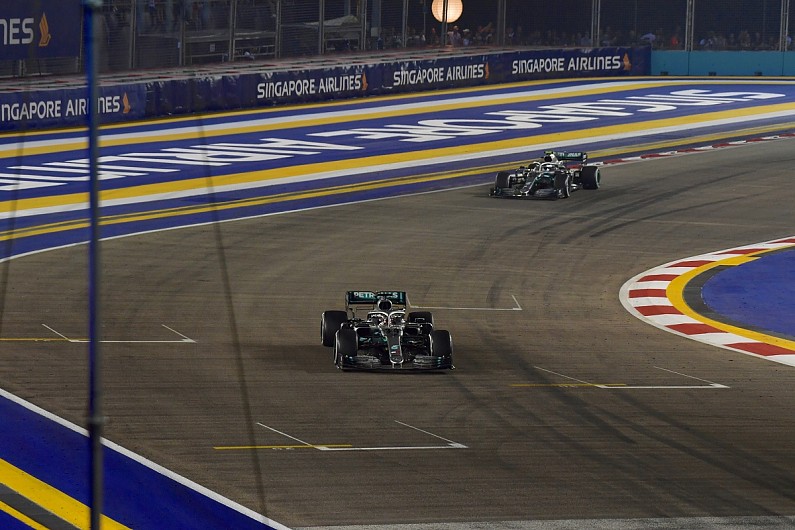 Lewis Hamilton believes the Singapore Grand Prix should turn its final corner into a tight hairpin to improve the racing, after questioning the Formula 1 race’s excitement.

Early race leader Charles Leclerc backed the field up to help preserve his tyres, meaning the field lapped several seconds off the pace in a queue of cars.

Leclerc’s strategy also meant none of the drivers from the leading three teams could attempt an undercut until lap 19 of 61 due to the proximity of the midfield, hindering strategic variance impacting on the race’s excitement.

“This [Singapore], unfortunately, it is a really beautiful place that we come to, and it is such a great track, but it is worse than Monaco almost. Was it as boring as Monaco to watch that race?” he asked reporters after the race.

The sweeping left-handed final corner of the Singapore GP follows a medium-length straight before the first sector opens up with tight, slower corners.

Hamilton suggested that the layout could be improved to aid overtaking.

“Maybe we need to change the last corner so we stop in a hairpin and we have a tight hairpin to go around,” said Hamilton.

“The [current] last corner, you cannot follow, and it is a sequence of five quite fast corners that come up after where you never get close. That will make it even more special [for] this track maybe.” 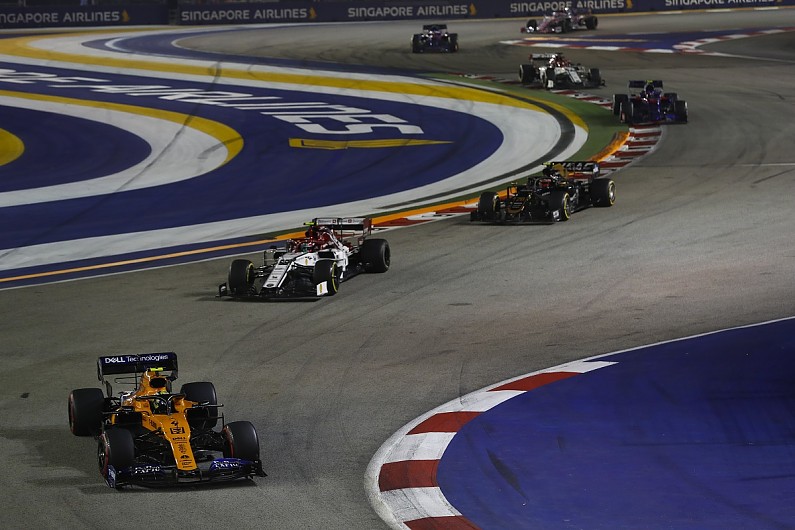 McLaren’s Lando Norris was the ‘Class B’ winner in Singapore, finishing seventh, but had to contend with following the slow-moving lead train in his management of the midfield.

“We were going so slow,” Norris told Sky. “Everyone is going so slow, we are driving 3-4 seconds a lap off [than] just like a normal pace, not even a pushing pace. It was fairly relaxed, in a way.

“But it was annoying because I know all the guys behind me could keep up. And we wanted to create a bit of a buffer to the guys behind, which I couldn’t do.

“It was kind of nice, because I am not as tired as I could have been. But it’s not racing. You know, we [were] just sitting there doing nothing. It’s just boring, [it] doesn’t look good for anyone.”

Hamilton said afterwards that he did not understand why race leader Leclerc drove so slowly during the opening phase of the race.

“I don’t really know why he drove as slow as he did,” said Hamilton. “You could say that he probably studied my race last year, or what I did last year when I drove off the pace then picked up the pace and made the gap.

“But he never made the gap. He just kept everyone bunched up.”