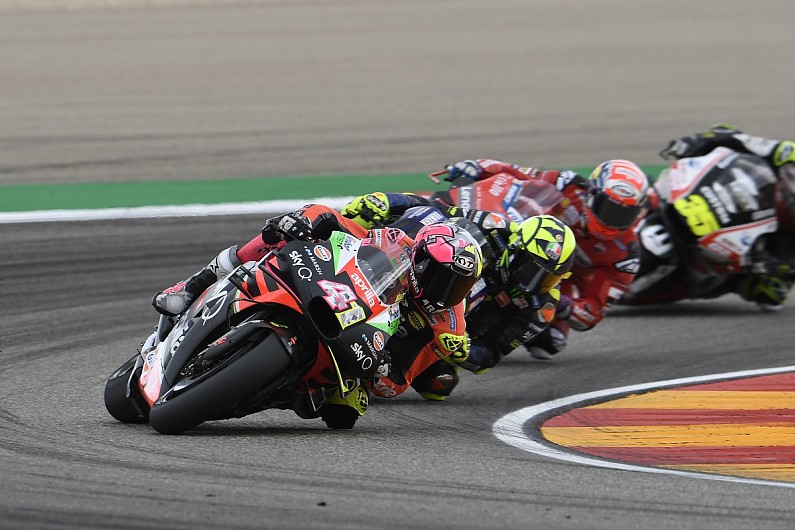 Aleix Espargaro warns his strong MotoGP Aragon Grand Prix weekend is not the “reality” of Aprilia’s true pace and admits the manufacturer is still “suffering”.

Espargaro put his RS-GP fifth on the grid having held a front-row spot briefly in qualifying and was only narrowly pipped to sixth by LCR’s Cal Crutchlow late on in the 23-lap Aragon race.

At last week’s Misano round, Espargaro expressed disgruntlement at the fact Aprilia had not brought updates to the recent Misano test, which prompted a war of words in the press between Espargaro and Aprilia boss Romano Albesiano.

Espargaro concedes his first top eight in a year was a positive result but was quick to dismiss thoughts that Aprilia had turned a corner in its difficult 2019 season.

“We cannot forget we are not in a different moment now,” Espargaro said of his Aragon result. “The reality is we are not competitive enough. Aprilia and myself, we are not in the place where we have to be.

“I hope next season, I truly believe next season every race can be like this one. I’m not saying we need to fight for the podium, but every race we have to be fighting for the top eight, and five, six, seven seconds from the top guys – not more.

“In the other tracks, we finish more than half a minute [off the win]. This is embarrassing.

“Obviously this [result] gives me a little bit of confidence and to the team as well, but the reality is the bike is the same as last week.” 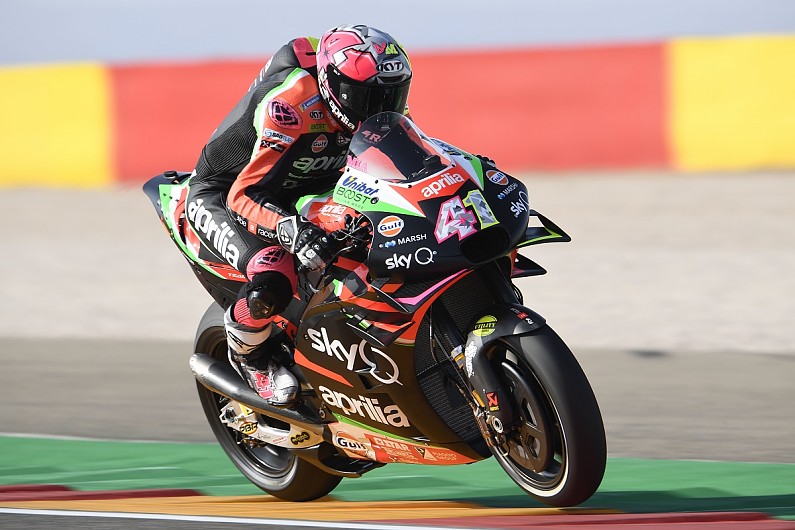 While Espargaro and Albesiano may be at odds as to exactly what has changed with the RS-GP over the season, the emphasis is clearly on its impending “revolution” in 2020.

Espargaro’s anger at the situation seems to be that Aprilia is not laying any evident groundwork for the new bike.

Aragon has typically been a strong track for the RS-GP, even last year during an exceptionally tough season, where Espargaro managed to secure sixth.

Looking at the results, Aprilia appears on paper to have made a gain of 20 seconds between Misano, where Espargaro was 34.4s from the win in 12th, and Aragon last weekend. But this leap is deceptive, and easily explained.

Aragon’s flowing nature removes emphasis away from hard acceleration, which has been a key issue for Aprilia.

Its speed, once its wound up through fourth and fifth gear is admirable, if still lacking compared to the bikes around it.

Test rider Bradley Smith’s best top speed in the race of 338.6km/h (210.4mph) – likely achieved with the benefit of a tow – matched Yamaha’s Maverick Vinales, though it was still close to 8km/h (5mph) shy of Ducati’s Andrea Dovizioso. 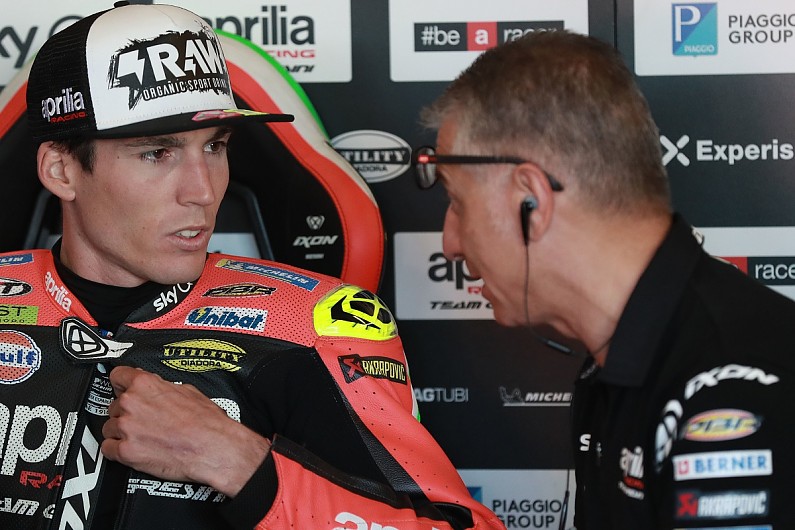 The fact that there are very few corners where a rider is braking with the bike sitting straight also played into the RS-GP’s hands, with Espargaro explaining after qualifying that this means “the rear has a lot of weight [loaded on it, so] we can stop the bike better” than it can normally.

There are not many corners at Misano where you are braking with lean angle – likewise at Silverstone, the Red Bull Ring or Brno, where the top Aprilia rider was 24.144s, 34.741s and 37.170s respectively from the win.

Espargaro has finished within 10s of a race winner this season – in Qatar, he was 9.6s behind Dovizioso in 10th.

But this is also an outlier, as the pace in that race was being tightly controlled in the interest of tyre preservation by the leaders.

So, as pointed out by Espargaro, Aprilia’s genuine pace right now is enough to put it between 25-35s from the win – pace barely good enough to scrape into the top 10 without incidents ahead.