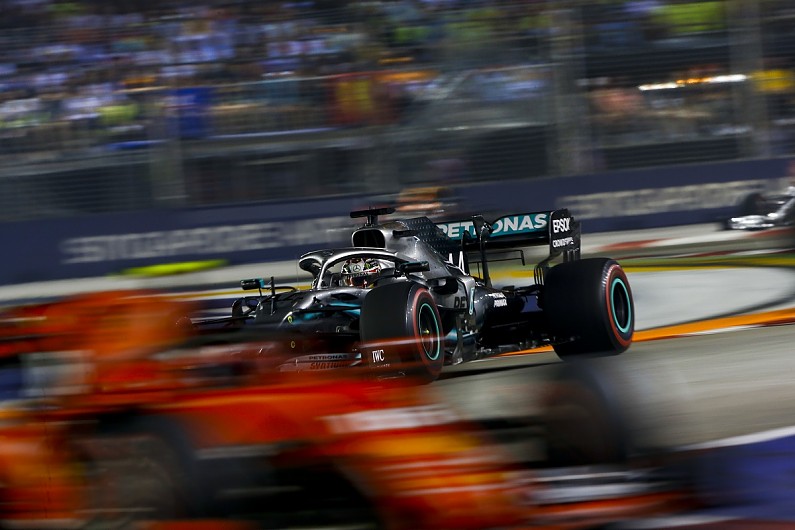 Lewis Hamilton says every member of the Mercedes Formula 1 team should be “feeling the pain” of its defeat in the Singapore Grand Prix.

Mercedes holds a 133-point advantage over Ferrari in the constructors’ championship, but its rival has won three races in a row and Hamilton’s championship lead is now 96 over nearest non-Mercedes challenger Charles Leclerc in third.

Vettel took the win for Ferrari in Singapore, and Hamilton’s race was given the setback of a wrong strategy call.

Reflecting on Ferrari’s return to form, and Red Bull’s improved showings, Hamilton said: “It has got tighter and tighter as the season has gone on, we welcome that, but at the same time we have to be doing a better job.

“We were doing such a great job at the beginning of the year, and we have this [points] gap. But the gap could easily go. I am under no illusion about my gap in the championship. It is not won yet.

“But we win and lose as a team, and we all feel not great right now. I think that is a good thing.

“If there is anyone in the team feeling relaxed right now they need talking to because we should all be feeling the pain. And we go to the next race trying to rev ourselves up and trying to do a better job.” 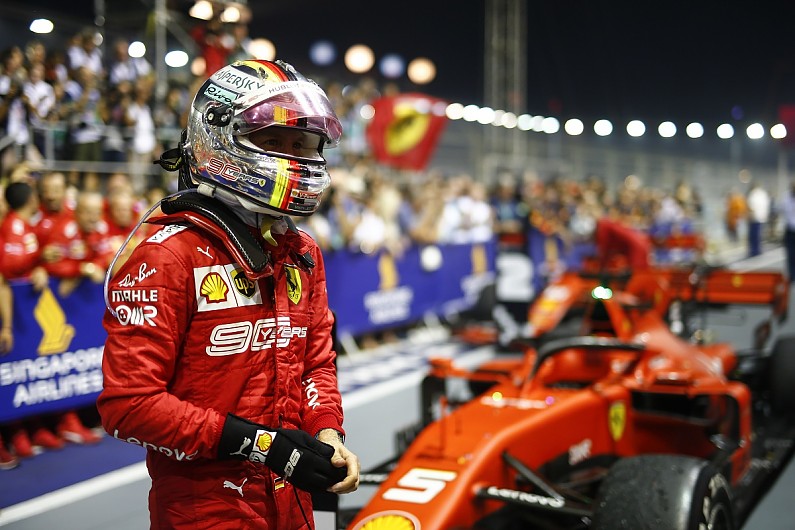 Ferrari was not expected to challenge Mercedes at Singapore but the Italian team brought an effective set of updates for the latest race.

But Hamilton believes Ferrari unlocked its car’s potential, rather than making a technical breakthrough.

Asked by Autosport about what the Ferrari form in Singapore meant: “I tend to think I am a realist, and I see the situation we are in.

“They have come up with some sort of upgrade that has perhaps…maybe they had a good car all year [and] it just maybe wasn’t working in the right window, who knows?

“It is unlikely they brought a massive massive upgrade that has brought 20/30 points [of downforce], which is performance-wise what they have taken here. But, clearly, their car works really well everywhere now.

“It will be very hard to beat them, particularly as they are so quick on the straights. We can’t compete with them on the straights at the moment, but we have won before with not the best car, so it is just really how we deliver over the weekend.

“At the moment, they are delivering better on both ends. If we are better in the operation area then we can just pip them.

“I did enough in the race in the first stint to have come out in the lead, but the whole process didn’t work as well as it should do.

“We have to re-huddle, come back together and work together.”