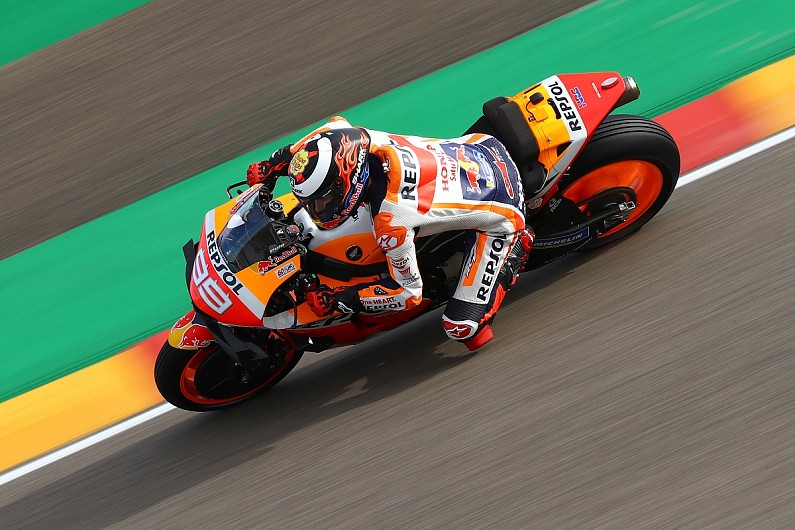 Jorge Lorenzo has dismissed the idea of quitting Honda’s MotoGP team a year early in the same way Johann Zarco has done with KTM, despite saying he is “not happy”.

Zarco requested his two-year KTM deal be terminated early last month as he failed to find any form on the RC16, with the Austrian team then sensationally announcing he would be dropped from its line-up ahead of this weekend’s Aragon Grand Prix.

Lorenzo has endured a similarly miserable time in his debut Honda season, with the triple MotoGP world champion yet to register a top 10 finish in a year marred by difficulties in adapting to the RC213V from the Ducati he previously rode and numerous injury setbacks.

A shock return to Ducati with Pramac for 2020 was mooted during the Austrian GP weekend, before Lorenzo confirmed his commitment to see out his two-year deal with Honda.

When asked after Aragon qualifying – where he was behind Zarco’s replacement Mika Kallio in 19th – if he has considered quitting Honda a year early, Lorenzo replied: “I’m struggling a lot, it’s not an easy situation.

“A competitive rider cannot be happy finishing so [far] behind, but I’ve always been a fighter and I want to find some solutions with this bike and try my best.

“As I told you, a lot of people ask me this question, and I say in my mind at this moment the possibility of giving up doesn’t appear in my mind.

“I have a two-year contract with Honda, so for the moment I’m going to keep [going] and let’s see if we can improve in these [final] races.” 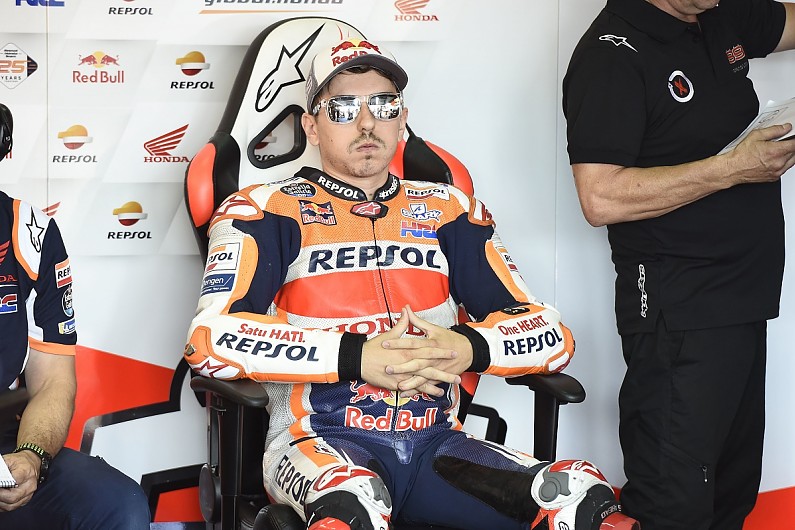 Lorenzo branded Zarco’s decision to walk away from KTM without the prospect of a race seat next year as “courageous”, but is not wholly convinced it was the correct choice.

“He suffered a lot changing from an easy bike to a bike that is difficult like the KTM,” he added.

“You get used to the Yamaha [which Zarco rode in Tech3 colours in ’17 and ’18], it’s always difficult to jump to a very different bike.

“So he lost a little bit of patience, the motivation, he was not happy.

“So, in my opinion, it was a courageous decision to forget about the contract and the other benefits he has and just stop.

“It’s that in the last races he was faster and he was closer to [team-mate] Pol [Espargaro] for example.

“But he [already] made a decision, he was not happy anyway. So, we have to respect his decision. “I think he’s brave. But intelligent or not? I don’t know.”