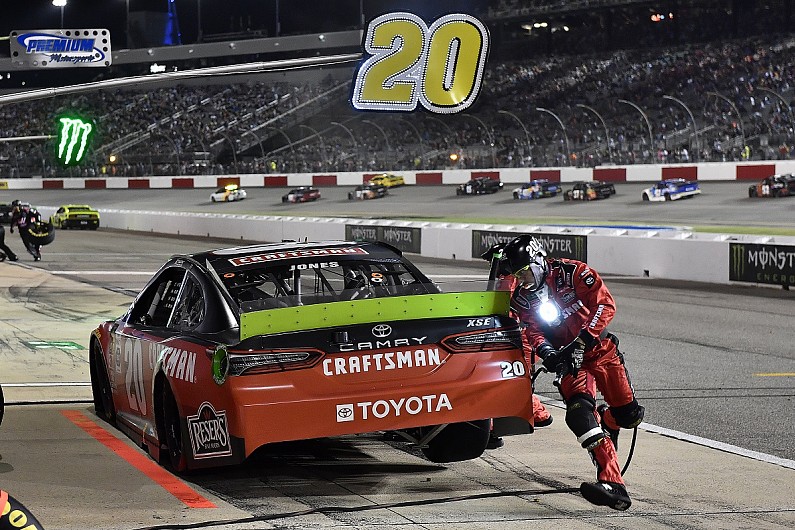 Joe Gibbs Racing driver Erik Jones has become the first person to be disqualified from a NASCAR Cup race under the series’ new crackdown on rules infringements.

Jones – who finished 36th last weekend in the playoff opener at Las Vegas – was originally credited with a fourth-place finish on Saturday night at Richmond, part of a 1-2-3-4 finish by the JGR organisation.

NASCAR said Jones’s #20 Toyota failed the optical scanning system, which measures the hard points on the car body. The car will be taken back to NASCAR’s research and development centre in Concord, North Carolina.

Ahead of this season NASCAR introduced a new policy of disqualifying drivers that failed at-track post-race inspections rather than allowing them to keep their results and using fines and crew suspensions as punishments.

That policy has already led to race winners being excluded in the Truck and Xfinity Series but until this weekend it had not affected any Cup results. 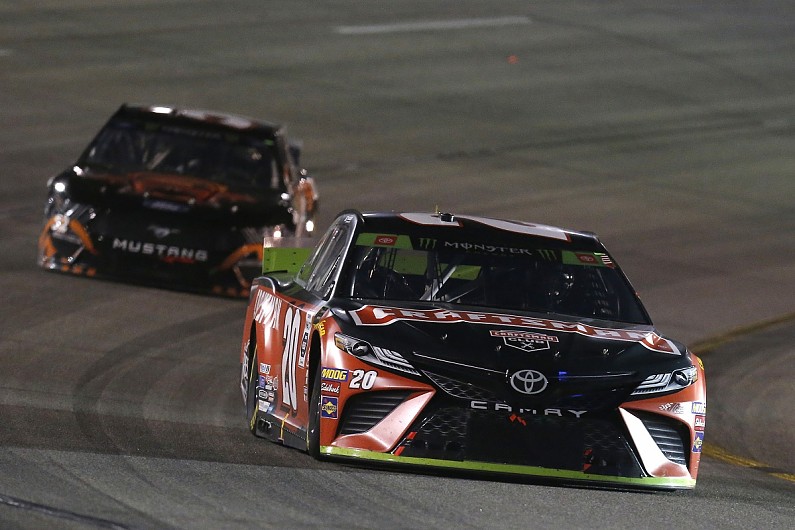 “There are fairly critical measurements on the rear-wheel alignment that have to be followed so there are any number of things that someone could do or not do to make it fail,” said Cup series director Jay Fabian.

“We give a pretty strong allowance on what they can run pre-race and post-race and it crept out of that range.

“Rear-wheel steer and alignment is a critical factor in downforce and it’s an aero benefit to get more skew in the rear so we keep those parameters pretty tight so everybody is racing with the same thing.”

Jones’s disqualification means he is now last among the 16 playoff drivers, 44 points behind the cutoff line.

That puts Jones in a very likely must-win situation in next week’s race at the Charlotte Roval if he is to have any hope of advancing to the second round of the playoffs.