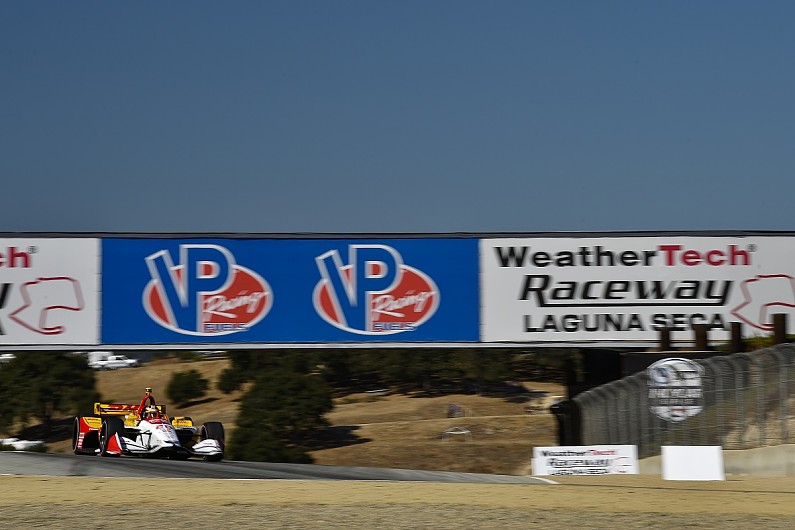 Ryan Hunter-Reay put his Andretti Autosport Dallara-Honda on top in second practice for the IndyCar season finale at Laguna Seca.

All but two entries ran the softer red-sidewalled Firestone tyre compound to set their best times, and it was Andretti Autosport driver Hunter-Reay who clipped 0.02 seconds from Felix Rosenqvist’s Chip Ganassi Racing entry to edge to the top with a 1n09.9105s lap of the 2.238-mile course.

Behind Rosenqvist, morning pacesetter Colton Herta put his Harding Steinbrenner Racing Dallara-Honda into third, while Penske’s Simon Pagenaud was top title contender in fourth, bouncing back from an off into the Turn 1 gravel that he was able to extricate himself from.

Less lucky was Scott Dixon in the second Ganassi car, who simultaneously spun off at the penultimate and caused a red flag – the subsequent penalty costing him the last five minutes of the session.

How the title can be won

Santino Ferrucci was fifth, just ahead of points leader Josef Newgarden in the second fastest Penske, while Will Power was seventh after a mild off at the last turn when attempting a second qualifying simulation.

Max Chilton in the second Carlin car and title contender Alexander Rossi stayed on the harder Firestone tyres for that session, ending up 15th and 23rd respectively.

The second part of the session, the so-called warm-up and pitstop practice, featured two red flags caused by Ed Jones and Herta failing to negotiate the first left-hander of the exceedingly tight pitlane entrance and stalling. 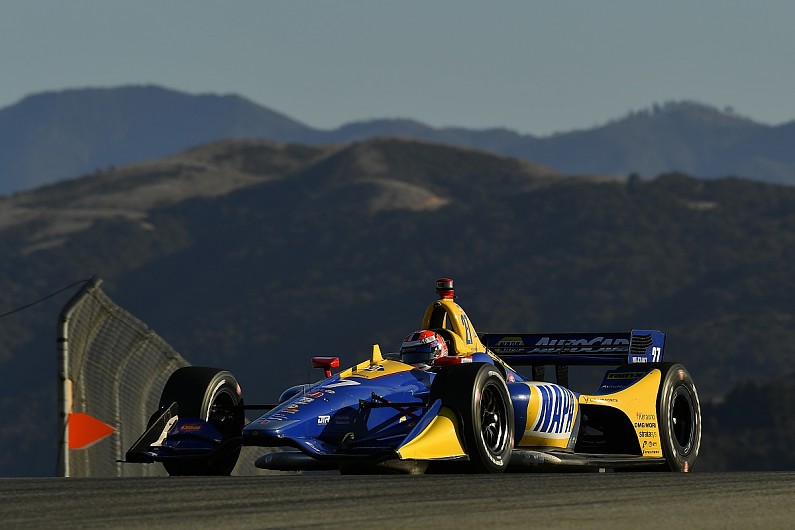 By leaving his fresh set of reds until this second part of the session, Rossi was easily able to emerge on top with a time eight tenths faster than his nearest opposition – team-mate Hunter-Reay.

Several teams minimised their pitstop practice in order to try to maximise their time on red tyres to check their duration.

Rossi shut his engine down as he exited the Corkscrew on his final lap, as he had run out of fuel. He admitted to the media later it was simply to save the fuel pumps, but the car was able to coast from Turn 8A down the hill, negotiate pitlane entry and still reach his pitbox, albeit at painfully slow pace by the end.

Sebastien Bourdais’ Dale Coyne Racing with Vasser-Sullivan car did not take part in this ‘warm-up’ session due to neck pains that prompted a visit to IndyCar medical.