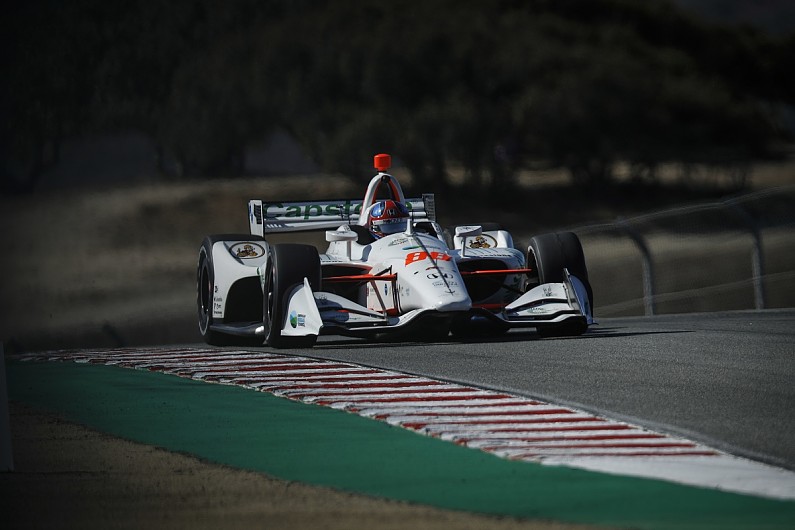 Colton Herta led fellow IndyCar rookies Felix Rosenqvist and Santino Ferrucci in opening practice for the Laguna Seca finale, despite all three going off and Herta causing a red flag.

But in the dying seconds of the session Herta looped into the runoff on the outside of the initial left-hand part of the Corkscrew, and no amount of wheelspinning could recover the situation without outside assistance.

That red was the second of the session, as Tony Kanaan had earlier binned his AJ Foyt Racing Dallara-Chevrolet at the final corner. 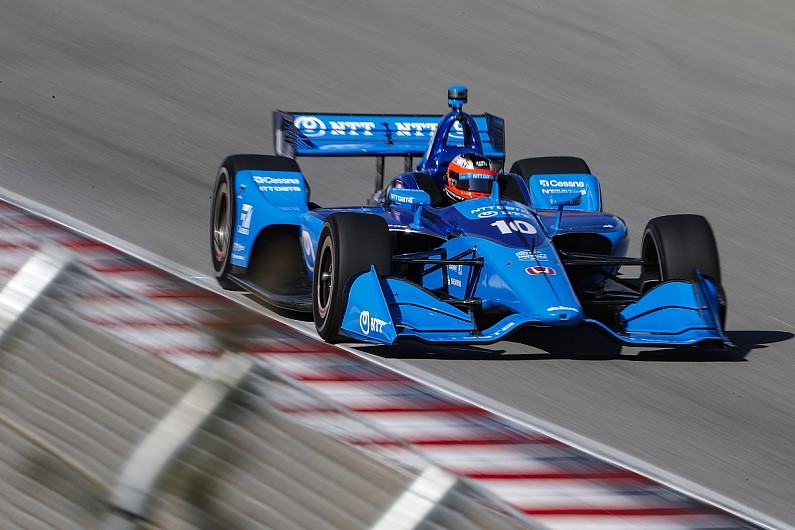 Rosenqvist had a long run through the sand on the outside of the Turn 4 right-hander and a wild moment through the Corkscrew before scoring his best time on his final lap, while Dale Coyne Racing driver Ferrucci also had some wild moments before setting a time just 0.15s off Herta’s best.

Zach Veach was fifth and fastest of the Andretti Autosport cars, while Simon Pagenaud was first of the championship contenders in sixth.

Rossi was on a hot lap when Kanaan brought out the red flag, and he then asked for a significant set-up change that required him to step out of the car for 20 minutes.

When Rossi resumed, there were just three minutes to go, at which point Herta’s spin prevented him setting a representative time.