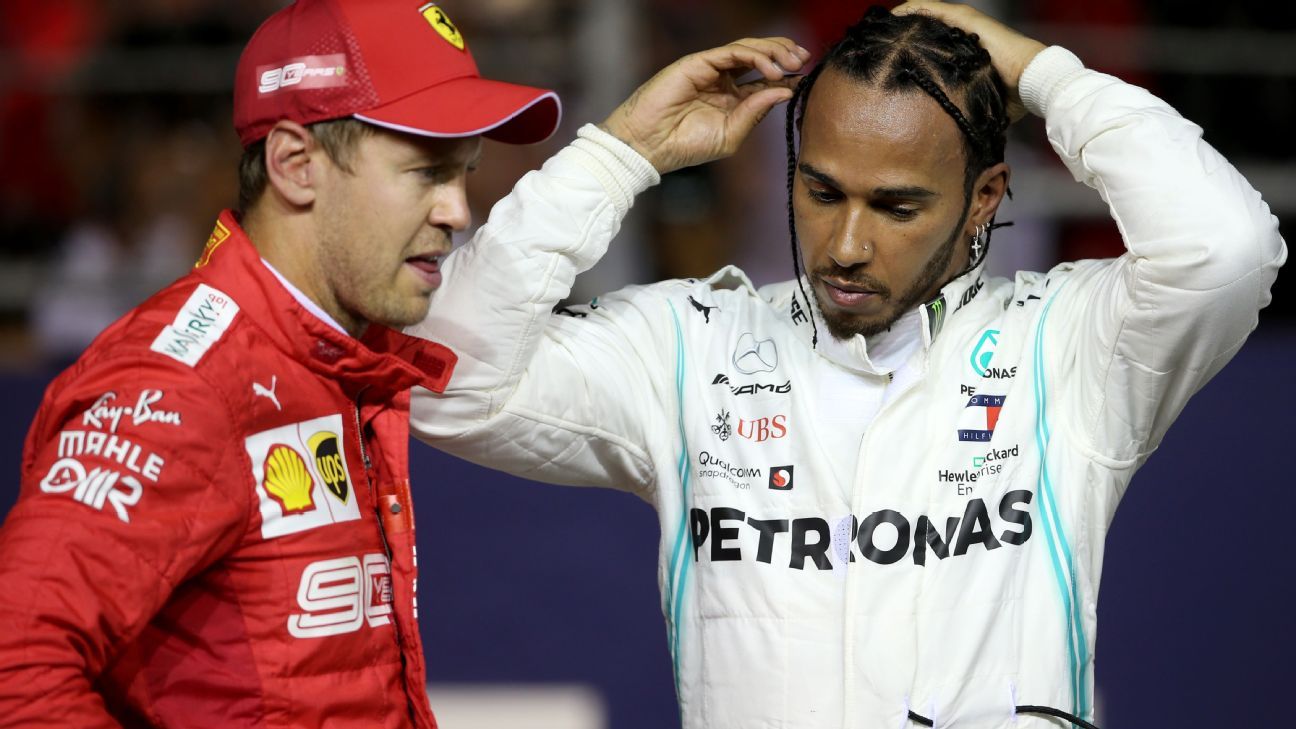 SINGAPORE — Lewis Hamilton and Sebastian Vettel have launched a scathing attack on the Formula One plan to trial a reversed grid at some races in 2020.

F1 has been desperate to inject more excitement and unpredictability into race weekends and one of the recently proposed ideas ahead of 2020 was to implement Saturday qualifying races as opposed to the current three session timed format. The idea is that the championship order would determine the grid for a 25 lap qualifying race, the resulting order would be how the 20 drivers line up for the actual grand prix on Sunday.

But after qualifying for the Singapore Grand Prix, a tense session which saw the top three covered by just over 0.2s, both Hamilton and Vettel made their thoughts clearly known.

Vettel then spun around, looked at Hamilton and asked “what did he say?” before adding: “I think it’s complete bulls—, to be honest.”

At that point Hamilton burst into laughter saying, “that’s exactly what I said.”

Vettel then elaborated on his initial thoughts, explaining that it would not fix the sport.

“I think it’s clear we need to string the field together and have better racing,” he said. “I don’t know which genius came up with this, but it’s not the solution. It’s just a plaster.”

Charles Leclerc, who beat Hamilton and Vettel to pole position for Sunday’s Singapore Grand Prix, also weighed into the discussion. The 21-year-old sided with his experienced colleagues saying it’s a path Formula One should not go down.

“I will not be happy,” Leclerc said. “I’m a lot happier to start first. I don’t think it’s the solution for Formula One. The best should win and start in the best place and not reversing the order.”

The concept, slated for just three races in 2020, is still a long way from being given the green light.

At this stage, the 10 teams have given the FIA and Formula One approval to investigate and run simulations to determine whether or not it would be successful.

If it is found to be an avenue worth exploring, the idea would still need to be unanimously approved by the teams, something which would likely be challenging given the additional costs as well as the many questions surrounding tyre and engine allocations.