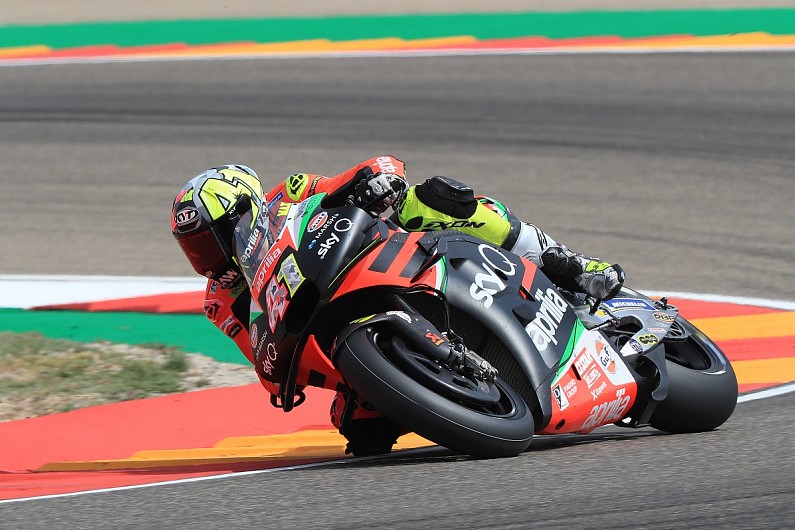 Espargaro tucked in behind Marquez – who has been dominant at the Aragon round so far – for his final flying lap, and produced a time of 1m47.733s, which put him briefly on the front row in third place.

He was quickly shuffled back to fifth, but still scored his best qualifying since the 2017 Japanese GP.

When commenting on the lap, Espargaro said he suffered a lot of front-end chatter chasing Marquez as he was pushing the bike harder than he had all weekend before that stage, and that he almost fell on several occasions as a result.

“I did a lap behind [Marquez], but I had a lot of chattering at the apex because I really went a lot faster than in other sessions because I followed him,” explained Espargaro.

“In the apex of the corner, before he touches the throttle, the speed he is taking is incredible.”

He added: “It’s not super difficult to ride like this, but the bike has to allow it and the problem is when I go at that level I had a lot of chattering.

“I didn’t have chattering all weekend, and in my flying lap I almost crashed three times because of the chattering.” 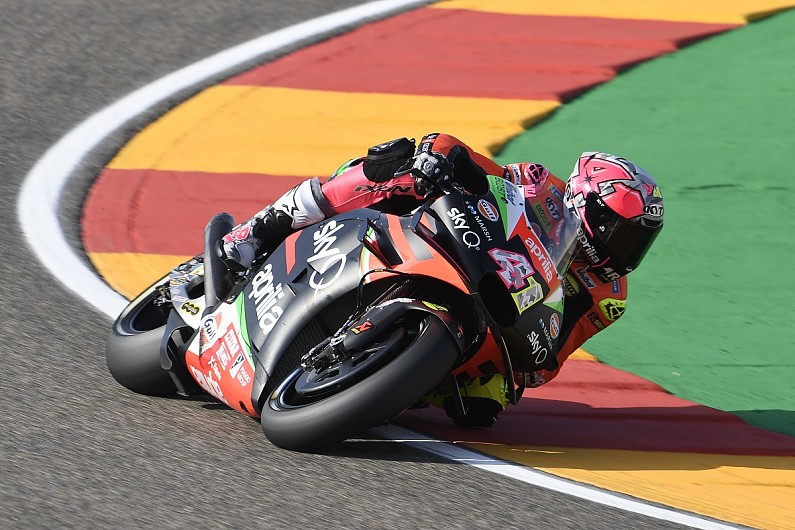 Aragon has proven to be a strong track for Aprilia’s RS-GP in recent years, with Espargaro registering the outfit’s joint-best MotoGP results of sixth in the previous two editions of the race.

Espargaro’s team-mate Andrea Iannone also made it into Q2 for the first time this year, marking the first time ever two Aprilias have taken part in the pole shootout session.

When asked why the RS-GP tends to go so well at Aragon, Espargaro said he believes the lack of hard acceleration points and the fact the bike is leant over when braking at most corners – masking the bike’s lack of weight on the rear – is a big factor.

“Where we suffer most, both Andrea and myself, is stopping the bike in a straightline,” he said.

“But the corners where you have to brake a little bit with lean angle – like almost every corner at Aragon – [we do better], because the rear has a lot of weight [at lean] so we can stop the bike better.

“I think this is one of the fats. On the stop phase, yes [the bike has good edge grip].

“Every time we stop the bike completely straight [up] we suffer because we have no weight on the rear.

“So the engine braking is not working enough, we have no [ground] contact, so we cannot reduce the speed.

“But every time we brake with 25, 30 degrees [of] lean angle the rear tyre is pushing [into] the ground and we have weight and we can stop the bike.

“I think this is one of the biggest differences from other tracks.”