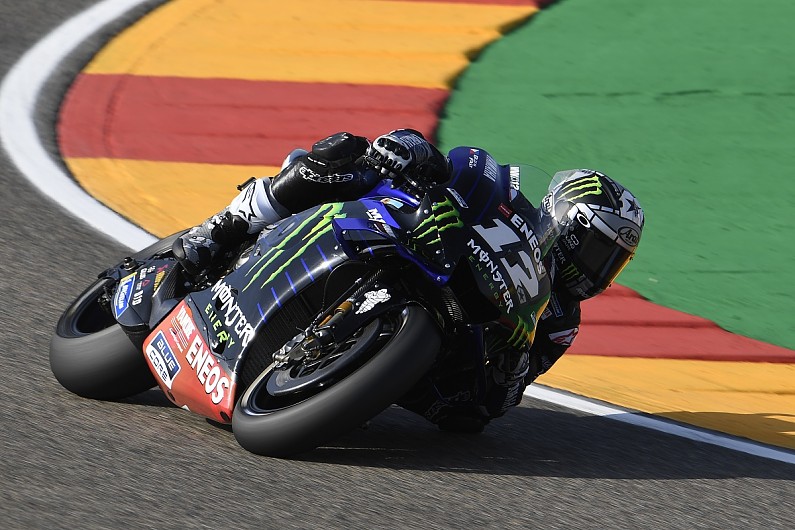 Honda Marquez was dominant in FP1, leading Vinales by 1.6s, and continued to run the soft rear tyre at the start of second session in a bid to secure direct passage into Q2 with rain predicted to affect Saturday’s FP3.

While he ended his first run without getting close to his FP1 benchmark of 1m46.869s, he still led the way by half a second from Suzuki’s Alex Rins.

Marquez’s FP1 effort remained by far the best lap of the day, and he didn’t improve for the rest of the session, switching to a hard rear tyre at the end on his second bike after suffering a tumble at Turn 8 in the latter stages.

He led the FP2 standings until the final four minutes of the session when Vinales took over with a brace of low 1m48s laps, culminating in a 1m38.014s, with Rossi just 0.071s further back.

Petronas SRT Yamaha rider Fabio Quartararo timed his best lap for after the chequered flag fell and was fastest after the first three sectors of the lap, but ended up third behind his factory counterparts. 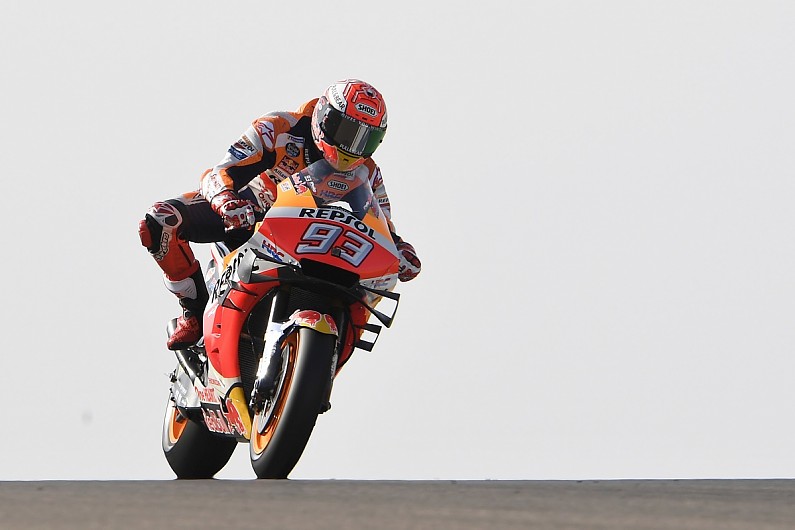 Marquez ended up fourth despite his fall, while Pol Espargaro again impressed on the KTM with fifth, narrowly beating the top Ducati of Jack Miller (Pramac) and Cal Crutchlow (LCR Honda).

Espargaro denied Mir’s Suzuki team-mate Rins a top 10 position by 0.033s, while Dovizioso’s Ducati team-mate Danilo Petrucci was only 12th behind the pair.