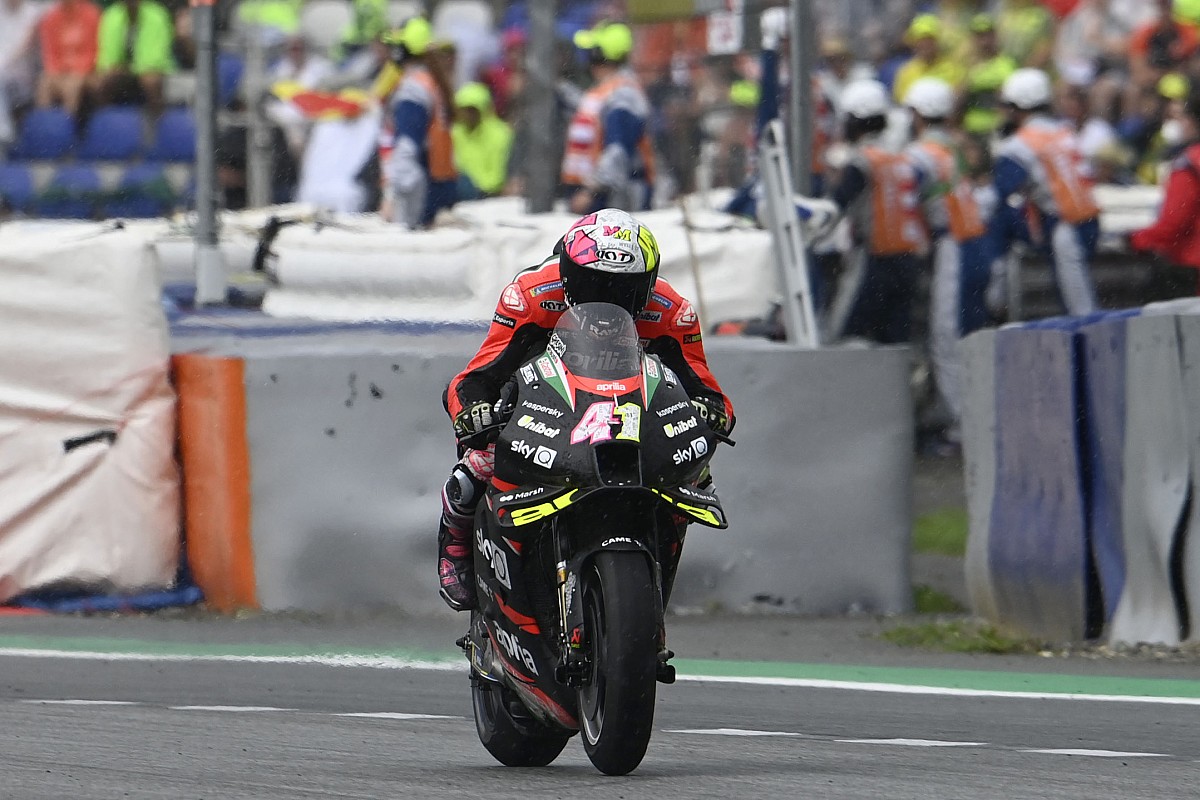 Espargaro was one of a handful of riders – including eventual race-winner Brad Binder – who gambled on staying out on slicks when the rain intensified in the closing stages of last Sunday’s Red Bull Ring contest.

The Aprilia rider found himself in second as he started lap 26 of 28, but tumbled back to 10th come the chequered flag after he made a mistake under braking on the final tour.

“So, basically, I did a good start but not fantastic, but on the first lap it’s difficult, the bike is very slow on the straight,” Espargaro said.

“[Enea] Bastianini, [Iker] Lecuona, [Miguel] Oliveira, many riders overtook me on the straight and there’s nothing I can do, I cannot fight against this.

“Then lap by lap I started to feel very good on the bike, sincerely I felt my pace was very, very strong.

“I overtook many riders and I think my pace on the dry has been very close to the top guys, I think I was in sixth or seventh place.

“But when it started to rain I decided to take the gamble, I hate these conditions, I hate to ride with a slick [on a wet track].

“I think I’m the first in the world who hates this. But I don’t know why, I felt [it was worth it] to take the risk and I made a mistake in the last lap. 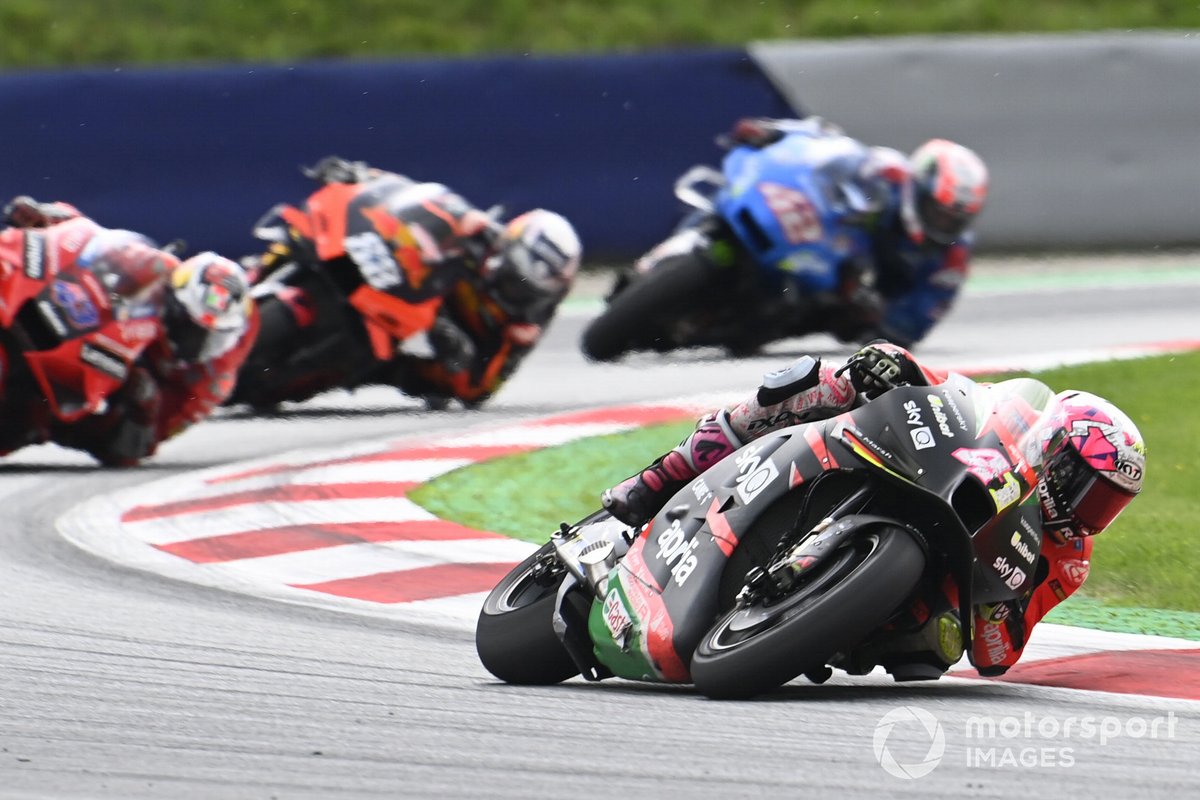 “I braked in the middle of the straight, but the bike didn’t stop, both tyres were completely locked. Very dangerous lap, very long lap.

“I went out of the track, I tried everything, but it was not enough. So, I just had bad luck for just one minute.”

Espargaro admits he put the thought of the podium to the back of his mind when he saw he was in second, and feels Aprilia “deserved” more from the race than 10th as he was “supremely satisfied” with his dry pace.

“Sincerely, obviously three laps to the end I saw second place on the board, but you try to put this feeling in a small place on your mind and you just try to be focused,” he added.

“I know that the rain was coming more and more, so I tried to use two places in the downhill – Turn 4 and the last two corners – that were a little bit more dry.

“I risked there a little bit more, I tried to be super focused, super precise and was not enough.

“In corner one it was raining a lot more in the last lap, I tried to brake in the same place as the lap before but both wheels were locking and I almost arrived to the wall.

“So, it was bad luck. Anyway, the thing is I took the risk and it didn’t work.

“I’m supremely satisfied about my race in the dry, but I think we deserved a little bit better luck.”