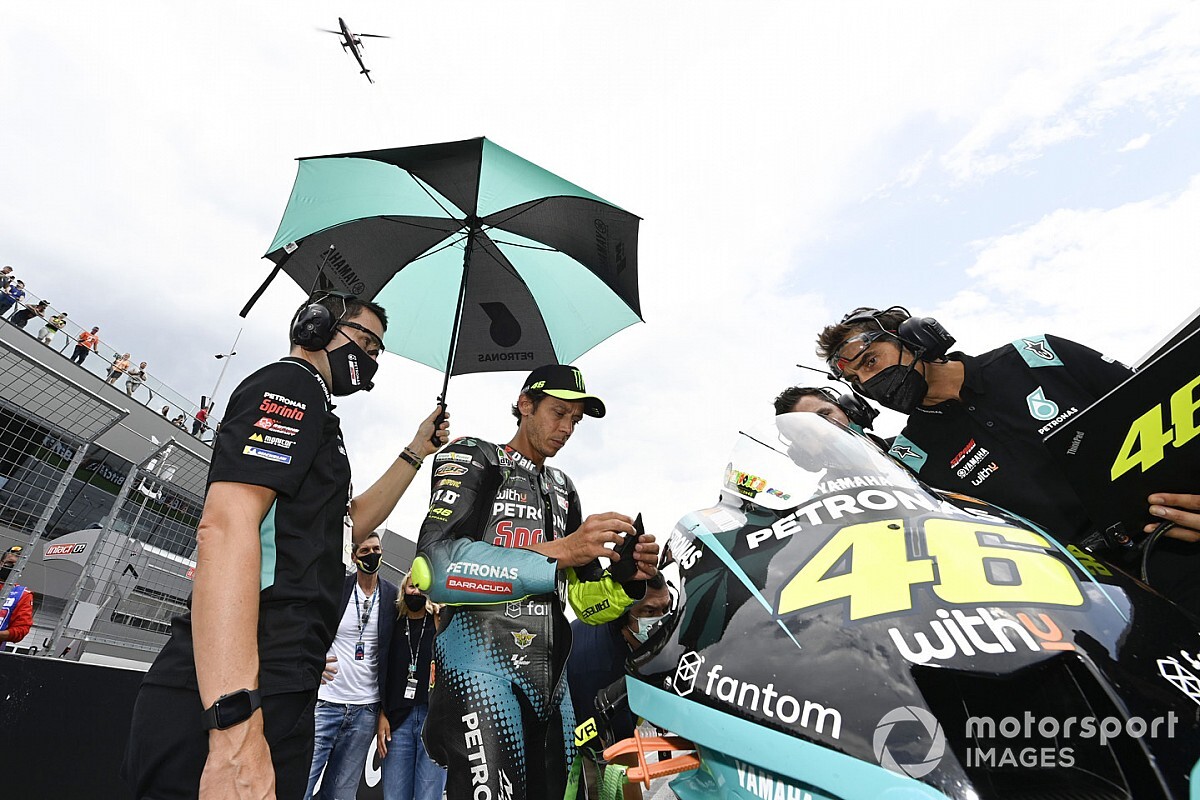 Rossi was one of a handful of riders, which included race winner Brad Binder, to stay out slicks for the wet final three laps of Sunday’s chaotic Austrian GP.

The Petronas SRT rider looked on course to claim a shock 200th podium when he found himself in third, but was shuffled back to eighth in the end as a number of runners who switched to wets charged through the field on the last lap.

Rossi will retire from MotoGP at the end of the 2021 season and is currently in the throes of his worst-ever grand prix season.

Convinced his gamble to stay on slicks was correct, Rossi insists it had nothing to do with any added desire for results as his motivation hasn’t changed despite his retirement announcement.

“When you are on the bike, you always look for the best result,” Rossi said.

“I have said that I will retire, not that I’m giving up.

“I keep training and when I get on the bike I feel like I could keep riding. So things don’t change much [despite the retirement announcement].”

When asked if he’d ever ridden in conditions like the ones experienced at the end of the Austrian GP before, Rossi added: “Usually no, because you never continue like this, but the rain started very progressive and start slow. 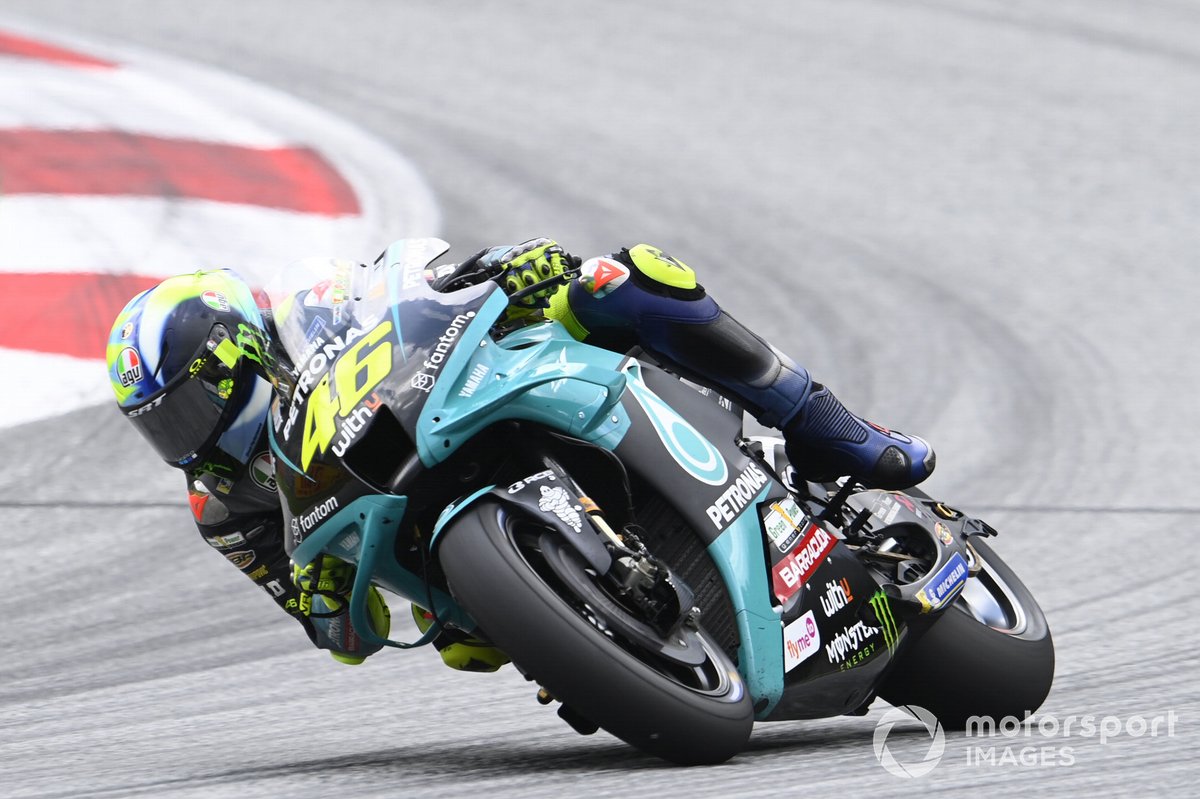 “In the first laps I have a problem in just two corners, in Turn 3 and Turn 6. But the rest [of the track] was dry still.

“So, you can keep good temperature in the brakes and tyres.

“You had to ride smooth but you can anyway go. But the last lap and a half was very, very difficult because the bike started to spin everywhere and it’s very easy to make a mistake.

“So, you need to ride, very, very, very smooth, but in the end not stopping was the right decision.”

Rossi fought for the podium in those final laps with his brother Luca Marini and Tech3’s Iker Lecuona, with the Italian joking that his biggest problem in the scrap was that he is the same age as both riders combined.

“Yeah, was a great moment because first of all, with Luca, we know that we can have a battle today because it’s all practice we are more or less with the same pace,” Rossi said.

“So, we always followed each other and everybody wants to try to arrive in front.

“And at the end there was also Lecuona, because in these years I have a lot of battle, a lot of hard battles with Lecuona.

“Sincerely, we enjoyed it. The problem is I have the same age of Lecuona and my brother together I think.

“But I think this is a positive thing, we enjoyed, we laugh and also my brother was very happy because it was a good result for him. But he beat me, fuck.”