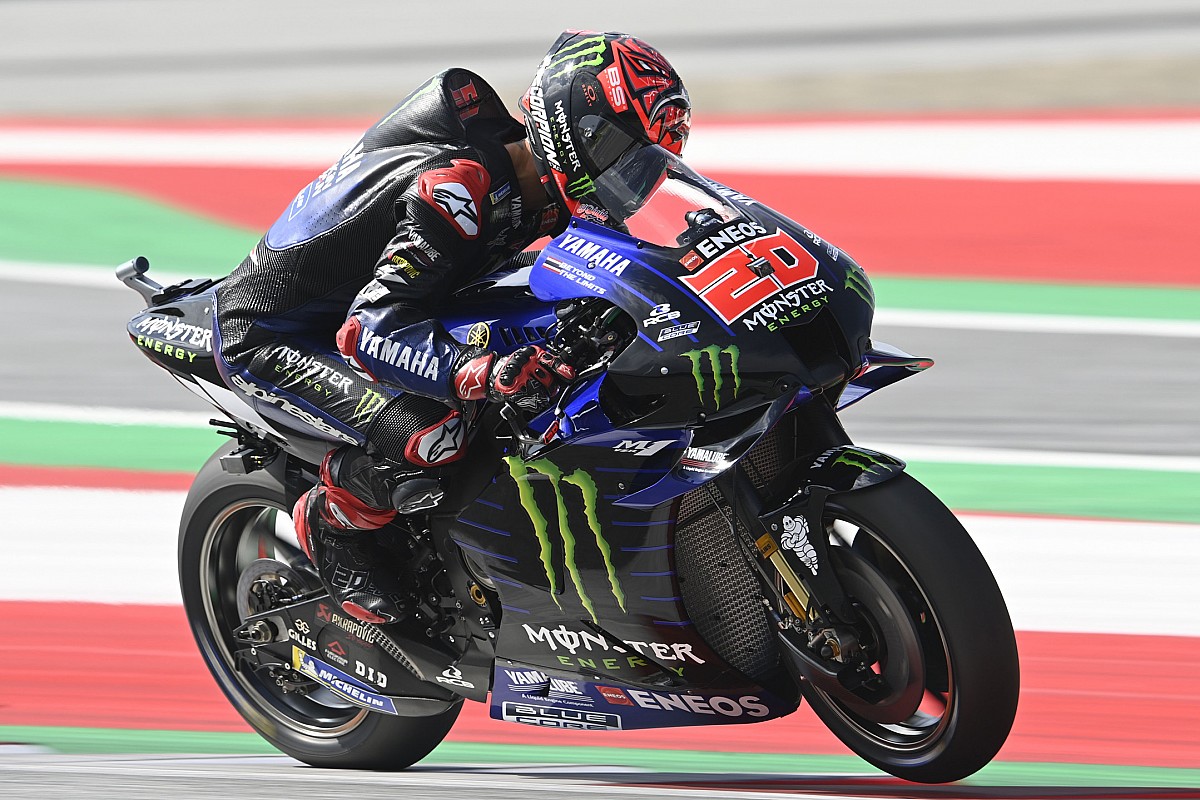 Quartararo joined the lead group consisting of Marc Marquez, Jorge Martin, Francesco Bagnaia and Joan Mir who pitted at the end of lap 25 of 28 for their wet bikes when rainfall at the Red Bull Ring intensified.

Up to that point Quartararo had been fighting for the podium and was still pushing hard when the rain came on lap 22 while he was still on slicks.

But as conditions worsened, Quartararo admits his thoughts turned to his championship hopes for the first time in 2021 and elected to play it safe by pitting as a number of riders – including race winner Brad Binder on the KTM – gambled on staying out on slicks.

Quartararo dropped right out of podium contention following his switch to wet tyres, but seventh at the chequered flag allowed him to extend his championship lead to 47 points after two races at Yamaha’s weakest circuit. 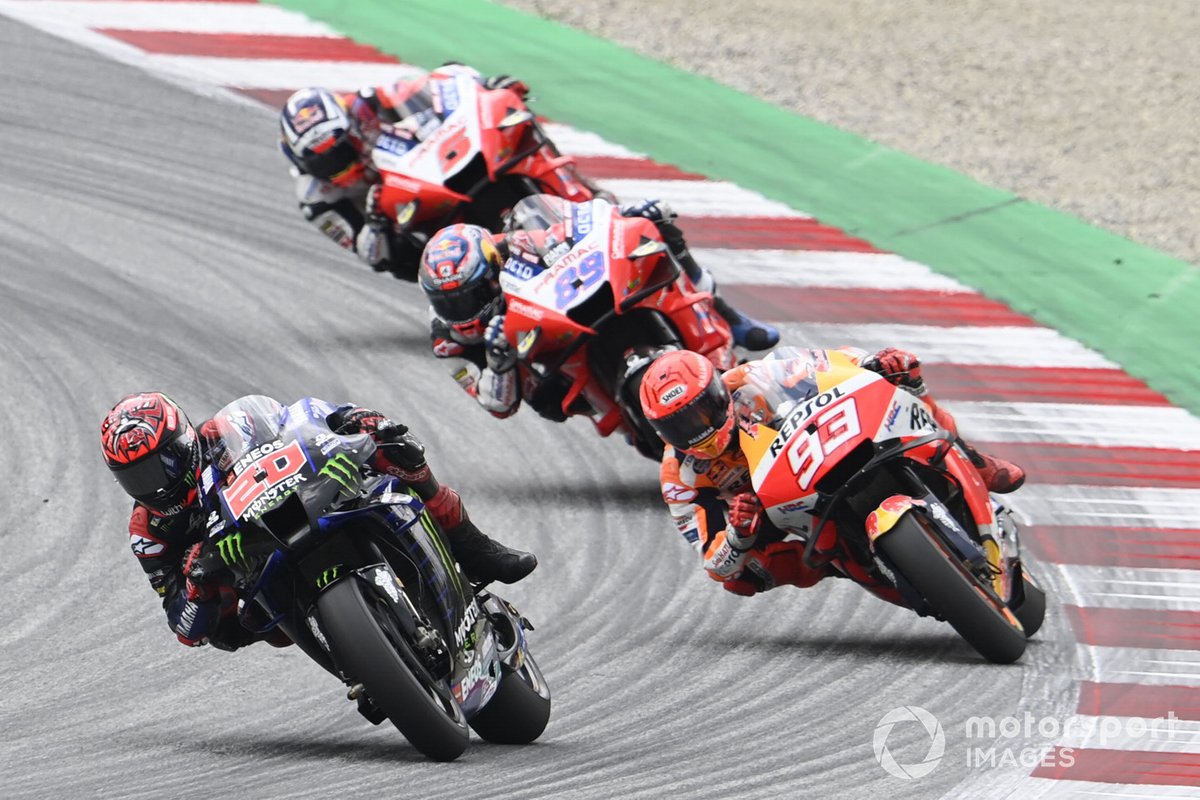 “It’s the first time this year that I was thinking a little bit about the championship, I want to be honest,” Quartararo replied when asked by Autosport what his thought process was for pitting.

“I have a lot of risk and I didn’t want to make a stupid crash.

“I nearly had one in Turn 1 when Marc crashed, you can see on the TV that I almost touched him.

“Yes, it was the moment to think about the championship.

“We take an advantage and I think we didn’t expect that.

“So, I think now our point is quite good in the championship, so I want to keep going in that way.”

Quartararo admits the switch to rain tyres – having struggled in wet conditions across both Austria rounds – “took out confidence” from him, but stressed the fact he was able to win a dry race at Red Bull Ring is “so important”.

“In the dry conditions I was feeling so good and I was just waiting and I think we saved so much the tyre that we had the possibility to do much better for the end of the race,” he added.

“But anyway, our speed was there, we were here to fight for the victory in dry conditions and I think that was so important.

“So, I think that’s going to be important races, I think it’s seven or eight races remaining, so I’m taking it race by race and the next one [Silverstone] is one of my favourites.”