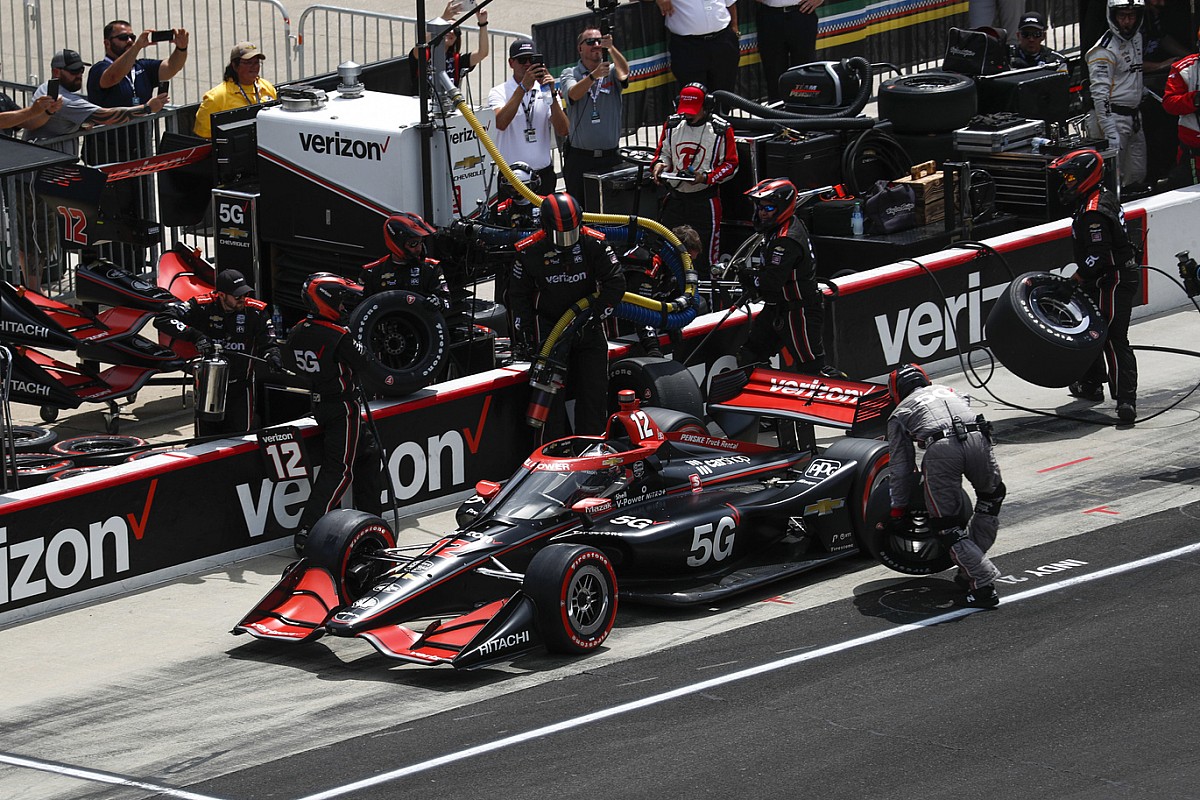 Power narrowly missed out on pole, before starting his Team Penske machine on the harder Firestone rubber in the race and staying within 3.5 seconds of the alternate-tyred polesitter Pato O’Ward.

After O’Ward switched to the harder rubber and Power to the softer compound, the Penske driver swiftly closed in and snatched the lead at Turn 12.

Power then controlled the race to the chequered flag, surviving two late restarts to score his first win of the year, and Team Penske’s second.

“Oh man, it’s a big relief,” Power said. “I think it’s great for the team, especially the guys on my car.

“If we’d had that sort of performance in the pits and prep last year, we probably would have won a lot more races.

“Yeah, very happy for those guys, and just happy to be in Victory Lane. You always start to wonder when is the next one coming.

“I just love competing, but winning is absolutely what makes me happy. I’m very moody when I haven’t won for a while; just ask my wife.” 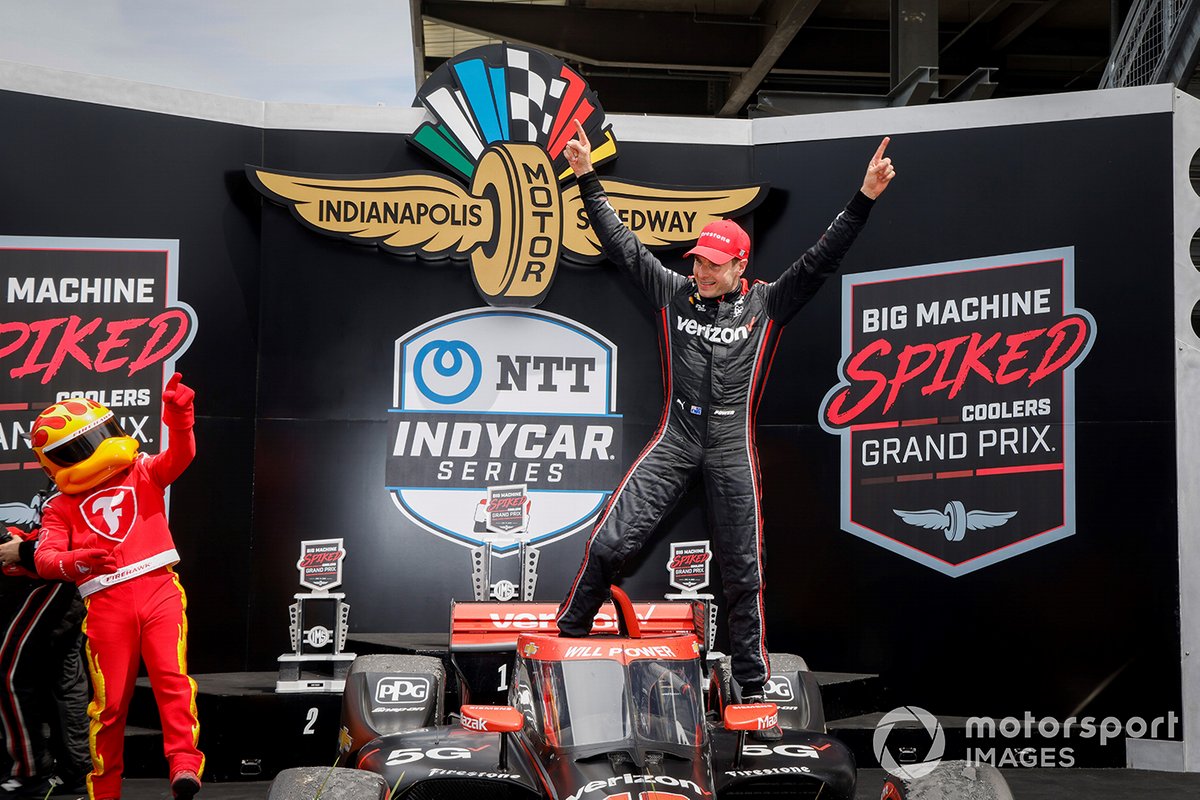 Asked why he felt it had taken until the 12th race of the season to nail a win – although he was cruelly robbed in Detroit – Power said he looked inwardly. While last year he scored five pole positions, he has yet to score one in 2021, and that too left him puzzled.

“It was such a weird slump for me because normally when I’m not winning it’s not because of lack of pace,” he said. “But there have been times this year where it’s been a struggle to get the pace, get the car right. I started digging a lot deeper and trying to understand what is going on.

“So yeah, you just start going back to your old ways of doing stuff when you were super quick, and you can’t leave anything on the table.

“I have to say it’s the first sort of slump I’ve had as far as performance has gone in my career, where – I wouldn’t say it’s exactly a lack of pace – it was doing mistakes in qualifying, which is very unusual for me. I’d usually really put [a flying lap] together.

“Last year I put it together the best I ever had, like zero mistakes and was so good at just getting it done. This year I’ve been on laps that will get me through each round and then I’ll make a little mistake or something will go wrong, I’ll get traffic. All that is so important to control, and I wasn’t [controlling it].”

Power’s fifth win on the IMS road course was his 40th career victory, breaking a tie with the legendary Al Unser for fifth in the all-time Indycar winners list. He is now two wins behind Michael Andretti on the win list, and is still chasing Mario Andretti for the all-time pole-winner record, lying five adrift.

“I know that Michael Andretti is on 42, and Mario Andretti I think I can catch on poles, which can be very tough these days,” said Power.

“Two heroes of mine and two absolute legends of the sport, and it just blows my mind that I have a name close to them in the record books.”

Power’s latest triumph means the 2014 series champion has also scored at least one win in each of the last 15 seasons in Champ Car/IndyCar.