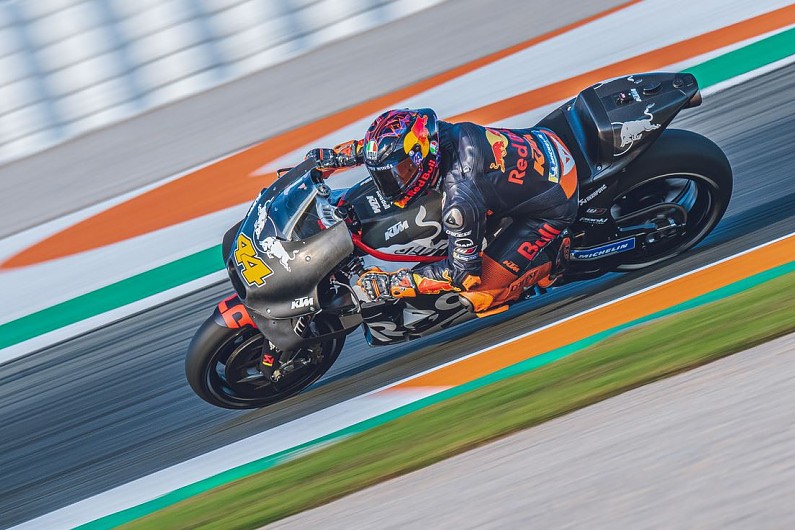 Pol Espargaro was “shocked” when he was able to match Marc Marquez’s top time after just three laps with KTM’s new chassis in MotoGP’s post-season test in Valencia.

Espargaro tried a radical new KTM chassis on Tuesday, which he ended the opening day in eighth with, and had another specification at his disposal for Wednesday.

The Spaniard had an early crash with his first new chassis on day two, but then he switched to the latest frame, and he was able to move up to second in the order with only his third laptime, just a few hundredths off Marquez’s benchmark effort.

Espargaro eventually fell back to eighth as the test concluded, having not improved his time again, but he said that it was a “shock” to match Marquez’s time so early.

“This morning I started with the same [chassis] as yesterday, which is the one you all saw in color orange,” Espargaro said.

“Then I crashed in the morning by my mistake. 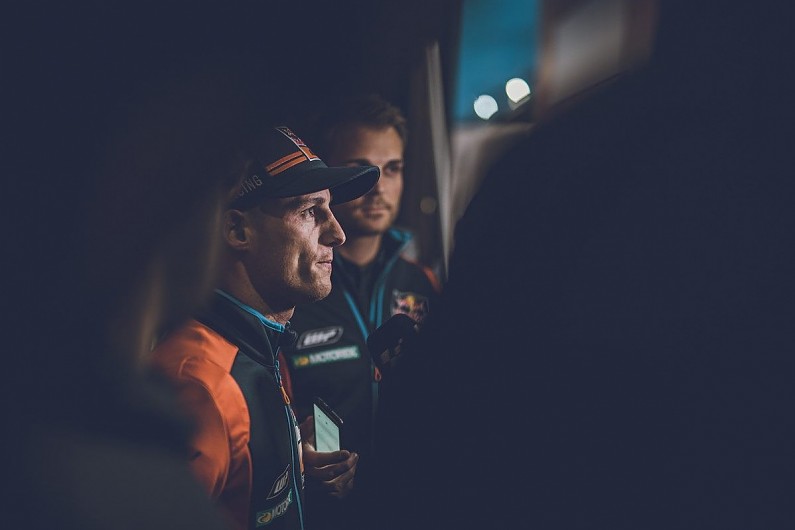 “We had some problems with the bike but in that moment I did a mistake in the corner where also Brad [Binder] crashed.

“Then I needed to jump to the new chassis because I had no more bikes, with the hard compound on the rear, just to get the feeling back and to my surprise, I did 30.6s in my third push lap.

“I was shocked, surprised because we’ve been fast, in second place, same time of Marquez.

“After one crash with new leathers that I was not so comfortable on the bike, everything comes so easy.

“We [also] had a better pace for sure.

“We could take very good rhythm, [1m]31-lows many times on the session with used tyres, which we couldn’t get during the weekend.

“[It was better at] turning, in traction, and better than the one of yesterday in stability.”