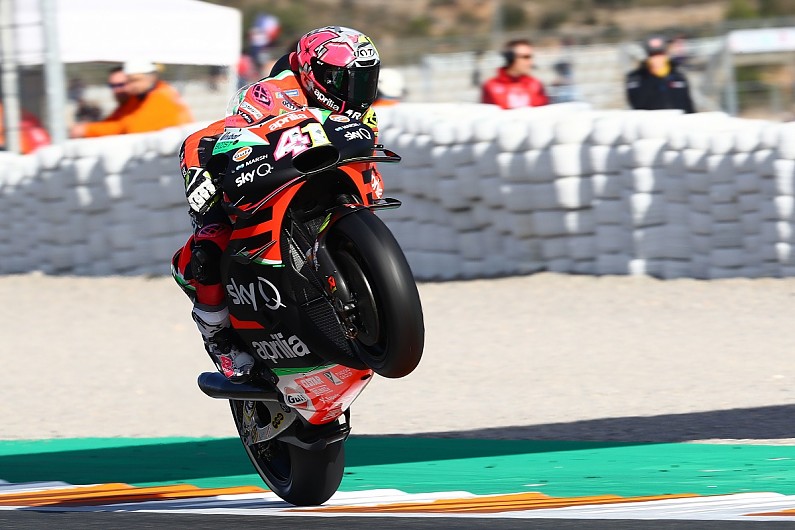 Aleix Espargaro says Aprilia not having a prototype 2020 MotoGP bike to test in this week’s two-day post-Valencia Grand Prix test is “not at all” acceptable for a “big factory”.

Yamaha, Honda, KTM, Suzuki and Ducati are expected to roll out their ’20 bikes on Tuesday and at the two-day test at Jerez next week to begin preparations for next season.

Aprilia will continue with its current bike with very little new parts to try, with the ’20 bike – which Aprilia racing manager Romano Albesiano branded a “revolution” earlier in the year – set to be ready for February’s Sepang test.

Espargaro – who has been vocal this year about Aprilia’s apparent lack of development progress – was critical of Aprilia’s decision not have the new bike ready, but gives “full credit” for the work it is doing behind the scenes in restructuring the team.

“Not at all, obviously,” Espargaro said when asked by Autosport if it was acceptable for Aprilia to not have a new bike for this week’s test.

“As a big a factory as we are, we need to work at the same [level] as the other manufacturers.

“Everybody will receive the bike on Tuesday. The ideal plan was to also have it here, but we have to be patient because [for] 2020 it looks like we’re going to change a lot. 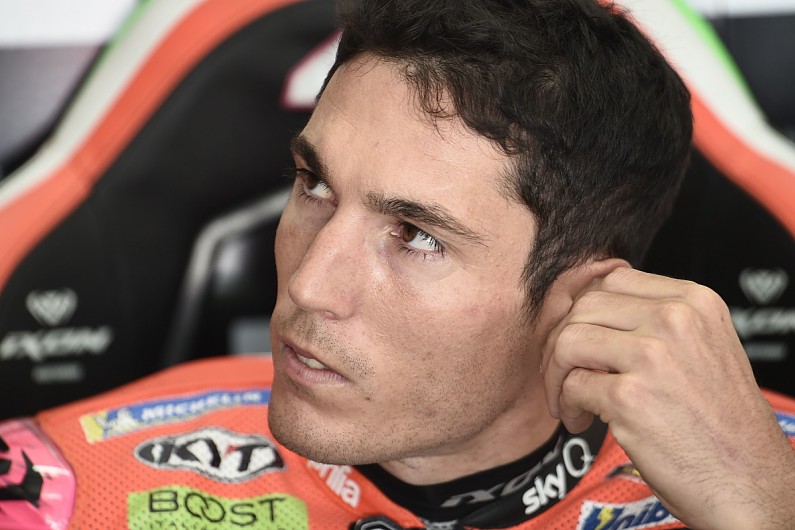 “Many things inside of Aprilia; the new bike with the arrival of [Ex-Ferrari Formula 1 sporting director Massimo] Rivola [as CEO], many engineers are joining the project.

“I give full credit to Aprilia. I hope that the new bike that will arrive in Malaysia will be much better.”

Espargaro revealed he has also put pressure on Aprilia to deliver its new bikes earlier if he is to commit to the project long-term.

“I already said to them if I stay at Aprilia for the next three years, we have to readjust the timings and the bike has to arrive earlier,” he added.

“We will have six days testing with the new bike before the [first race in] Qatar.

Espargaro slammed Aprilia during the Misano round in September for not bringing anything to test at the track the previous week, which led to a disagreement in the press over this view between him and Albesiano.

Aprilia ends the 2019 season last in the manufacturers standing on 88 points, while Espargaro wound up 14th in the standings.