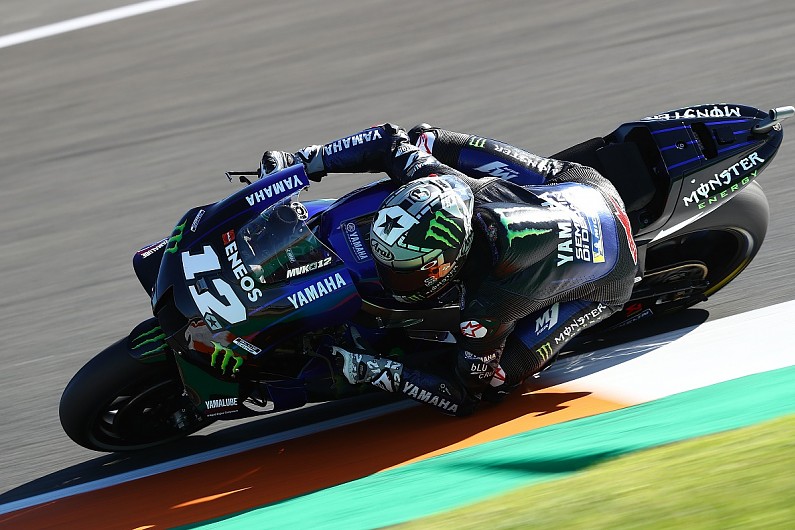 After a first hour without action, Honda’s Stefan Bradl took to the circuit as well as KTM trio Pol Espargaro, Iker Lecuona (Tech3) and Brad Binder.

Bradl was forced to park up after just a few corners after his 2020 Honda encountered a mechanical issue, with Marc Marquez also experiencing an issue with that bike later in the morning.

As the second hour drew to a close, Petronas SRT’s Franco Morbidelli went fastest with a 1m30.803s – though would be deposed around 30 minutes later by Marquez on the 2020 Honda he wrecked in a crash on Tuesday.

Moments later, the session was brought to a brief halt when Andrea Iannone’s Aprilia caught fire on the way into Turn 1 and left fluid on the circuit.

Marquez’s 1m30.664s benchmark stood for almost an hour, before Tuesday pacesetter Fabio Quartararo assumed control of the timesheets with a 1m30.591s.

Quartararo further improved to a 1m30.013s an hour later, which would not be toppled until the final 70 minutes, when Vinales dipped into the 1m29s for the first time this week with a 1m29.849s as he continued to test Yamaha’s new engine and chassis.

As Quartararo packed up with an hour still to go, Vinales would come under no threat before the chequered flag.

Morbidelli was third to complete another Yamaha 1-2-3, while LCR Honda’s Cal Crutchlow brushed off a late fall to end the day fourth, having spent Wednesday comparing the current and prototype versions of the RC213V – including a new aerodynamic fairing. 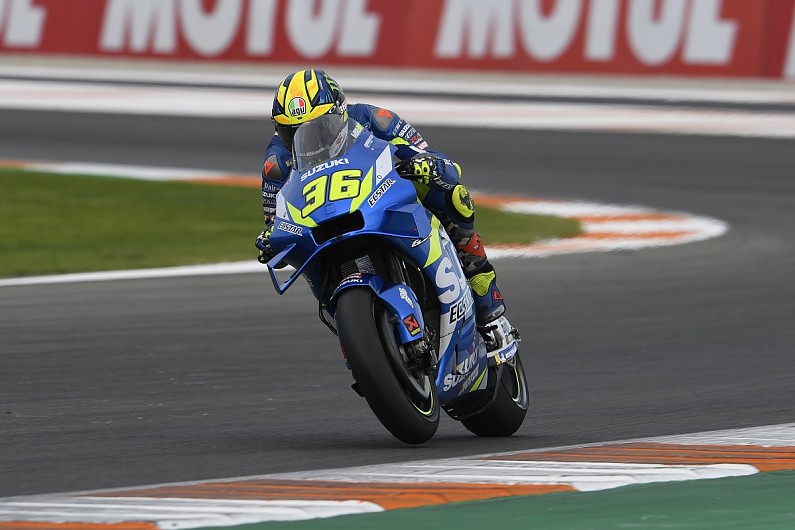 Joan Mir led Suzuki team-mate Alex Rins in fifth, both putting more miles on the GSX-RR’s new engine, with Marquez seventh in the end with a 1m30.556s set on the 2020-spec Honda – on which he also tested a new aero package.

Pol Espargaro – who crashed at Turn 10 in the morning – the sister works Yamaha of Valentino Rossi and Pramac’s Jack Miller, who trialled a new seat unit amongst other small items on his Ducati, rounded out the top 10.

Andrea Dovizioso was Ducati’s top works rider in 11th, while team-mate Danilo Petrucci opted to sit out Wednesday’s running in order to recover from a shoulder issue that limited him to just 10 laps on Tuesday.

Honda’s new signing Alex Marquez enjoyed a less complicated second day on the LCR-run 2019-spec RC213V, improving his lap time from Tuesday by six tenths to a 1m32.235s to end the test 20th after logging 76 laps.

Fellow rookie Binder was last of the 22 riders present, some 2.5s off the pace, while Tech3 counterpart Lecuona once again led the debutants in 15th.