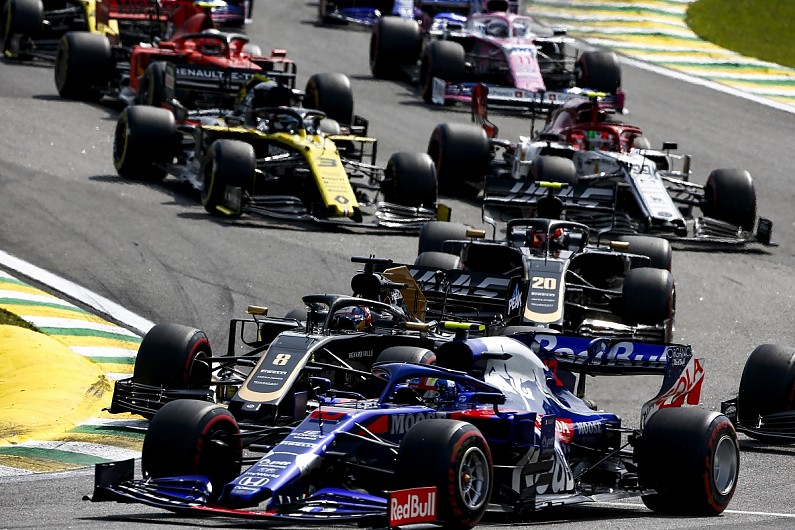 The huge points hauls Toro Rosso and Alfa Romeo secured in the Brazilian Grand Prix have all but settled some financially significant Formula 1 constructors’ championship battles.

Toro Rosso went into the weekend seventh in the standings, a point behind Racing Point, before Pierre Gasly’s extraordinarily second place plus Daniil Kvyat’s 10th position vaulted it onto the tail of Renault’s fifth position.

Alfa Romeo’s eighth place was under threat from Haas, which was seven points behind, but fourth and fifth for Kimi Raikkonen and Antonio Giovinazzi – on a day when Haas again failed to score – launched it 29 points clear.

Here are the stories of those teams’ transformative races. 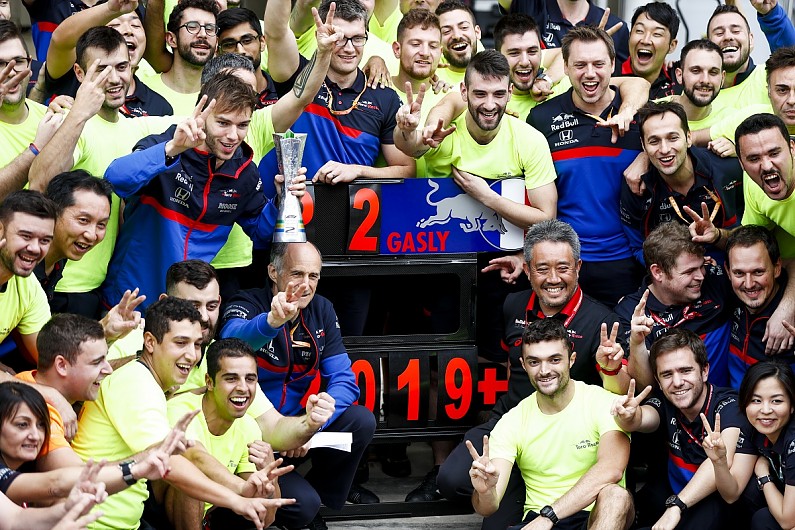 Following Gasly’s sensational second place, Toro Rosso now has a 16-point advantage over Racing Point heading to Abu Dhabi, with around $5million in F1 payments at stake for each position gained or lost.

The Brazil result followed Kvyat’s third place at Hockenheim, another race where several of the regular key players hit trouble.

“It means a lot of points in the constructors’ championship, and that’s important.” said team boss Franz Tost when asked about the significance of the result by Autosport. “Apart from the fact that a success is always good for the team. And we are really happy, especially for Pierre to finish in the second position.

Regarding the $5m fight with Racing Point, he said: “Abu Dhabi is in two weeks, you can see what can happen. But now I sleep a little bit better than before!” 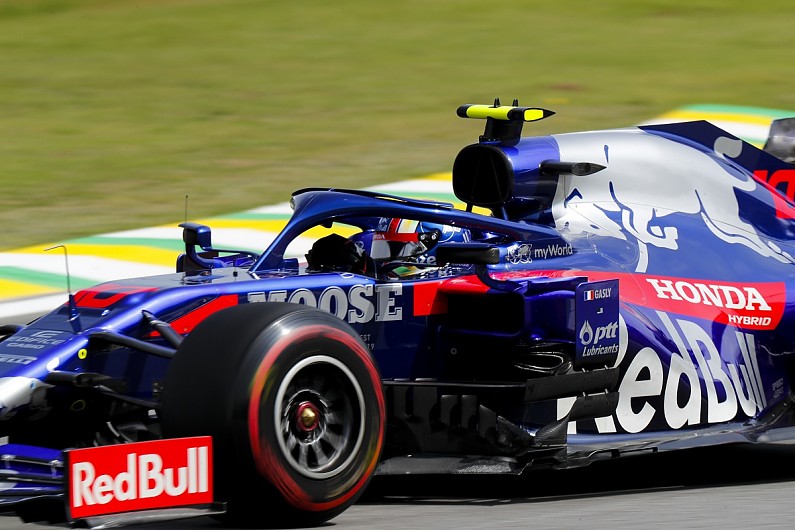 Tost believes the Toro Rosso package has been getting better even before this result.

“Fortunately we could also improve the performance of the car, the aero packages worked, Honda also did a step forward with the new new fuel, and the performance increased during the season,” he said.

“This is the reason why we were able to finish in such a good position, apart from the fact that other cars had collisions. But that’s part of the game.

“The team [did] a fantastic job, also from the strategy, because we discussed on Saturday for a long time is it a one-stop, is it a two-stop? But it was clear for me it was a two-stop, and one-stop would not work.”

Asked if Interlagos was one of the highs of his Toro Rosso career, he said: “I don’t hope that I will die tonight, I hope there are coming some better ones! It’s good, it’s OK, but we had some fantastic weekends.

“I remember back to Monza [2008], to Singapore [’17], or to Bahrain [’18], where we finished without collisions in front in fourth position. From this point of view I must say there were a couple of highlights.

“It was such a fantastic race from a level of entertainment, which is important for the people, and especially in Sao Paulo – the Brazilian fans are real F1 fans, they understand F1, and to show them such a good race was really, really important.” 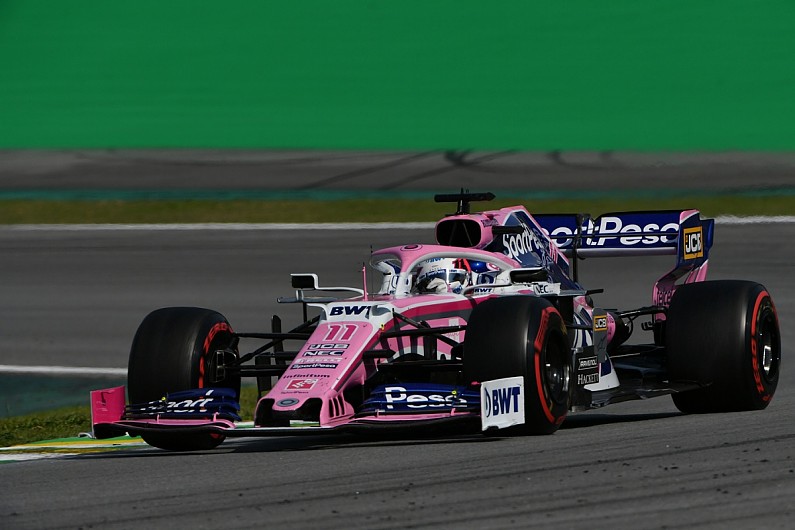 Racing Point boss Otmar Szafnauer said his team will not give up on its chase for sixth, despite the huge gap that now exists.

The team earned just two points in Brazil, with ninth place for Sergio Perez, while Lance Stroll retired after hitting debris from the Ferrari drivers’ collision.

“Who would have guessed that a Red Bull, two Ferraris and a Mercedes weren’t going to finish this race in the points?” he told Autosport.

“It’s definitely harder, but we aren’t going to give up, we’ve got another race.

“It was looking good for us before the safety cars happened. Unfortunately we didn’t have the best straightline speed up the hill, and at the safety car restarts, we were a bit vulnerable. Lance was just behind Sergio, and when the two Ferraris came together he hit their debris and broke his front suspension.” 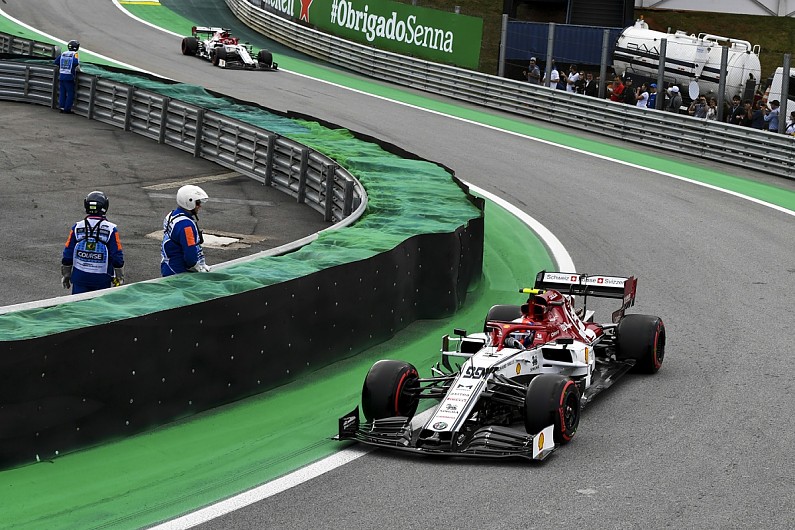 Alfa Romeo boss Fred Vasseur said keeping it clean was key for his squad at Interlagos.

Raikkonen and Giovinazzi finished fifth and sixth on the road, and then both gained a place when Lewis Hamilton received a five-second penalty for his clash with Alex Albon.

The result effectively secured eighth place for Alfa in the constructors’ championship, moving it 29 points clear of Haas with just Abu Dhabi to go, while seventh placed Racing Point is now only 10 points ahead.

The team lost crucial points when both drivers were penalised because of a breach of rules around driver aids at the German GP, and prior to Brazil had scored only three points in the seven races after the summer break.

“You can lead the midfield group, and if there is no incident in front, you will score one or two points,” Vasseur told Autosport.

“This kind of weekend you can score 22 points. It’s huge.

“We paid the bill in Hockenheim, then we had three or four races a bit difficult. Today we did the job, and I’m more than happy with that.

“We have to stay focused on Abu Dhabi, but to keep the motivation for the team and the drivers it’s important to score points.

“Over the last races we made perhaps some mistakes during the weekend, but this weekend we did a strong job without any mistakes, and it’s paying off.

“It was important for the team to have good results before the end of the season.

“I was probably more optimistic than the others about the result that we had in the last race [Raikkonen was just outside the points in 11th at Austin], because on some occasions the pace was there, but it’s always much better to score points than to have the pace.” 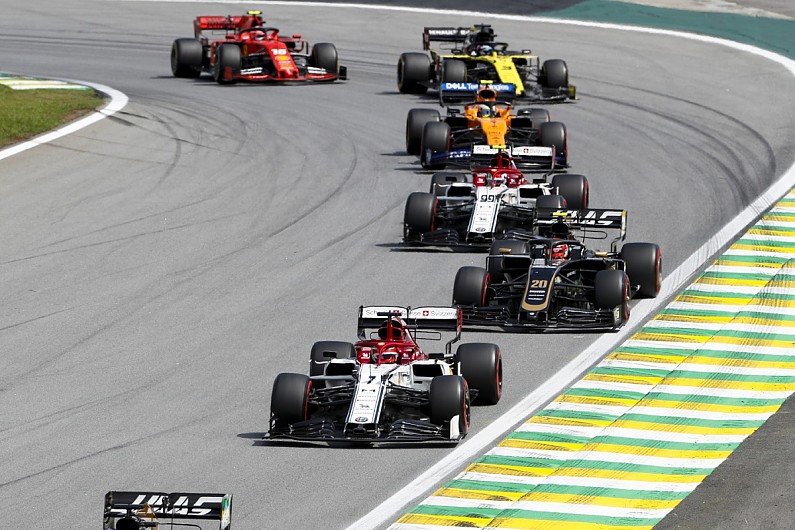 Raikkonen had run in the top 10 from the start in Brazil and could potentially have finished even higher than fourth.

But Vasseur was not disappointed that both Alfa drivers lost out to midfield rivals Gasly and Carlos Sainz Jr.

“For sure you can’t expect the crash between the Ferraris or [Valtteri] Bottas’s engine, but the plan was there, at least to fight at the front of the field.

“We were surprised with Sainz and the strategy with the safety car, but that’s life.

“You don’t have to try to re-do the race again and say what could happen, because it was a bit chaotic.

“We avoided mistakes, which was the most important thing, and with a strong pace from the beginning to the end.

“Antonio was very strong, very solid, from thee first lap to the last one. He protected Kimi on one or two occasions also.

“It was a good job from the whole team.”