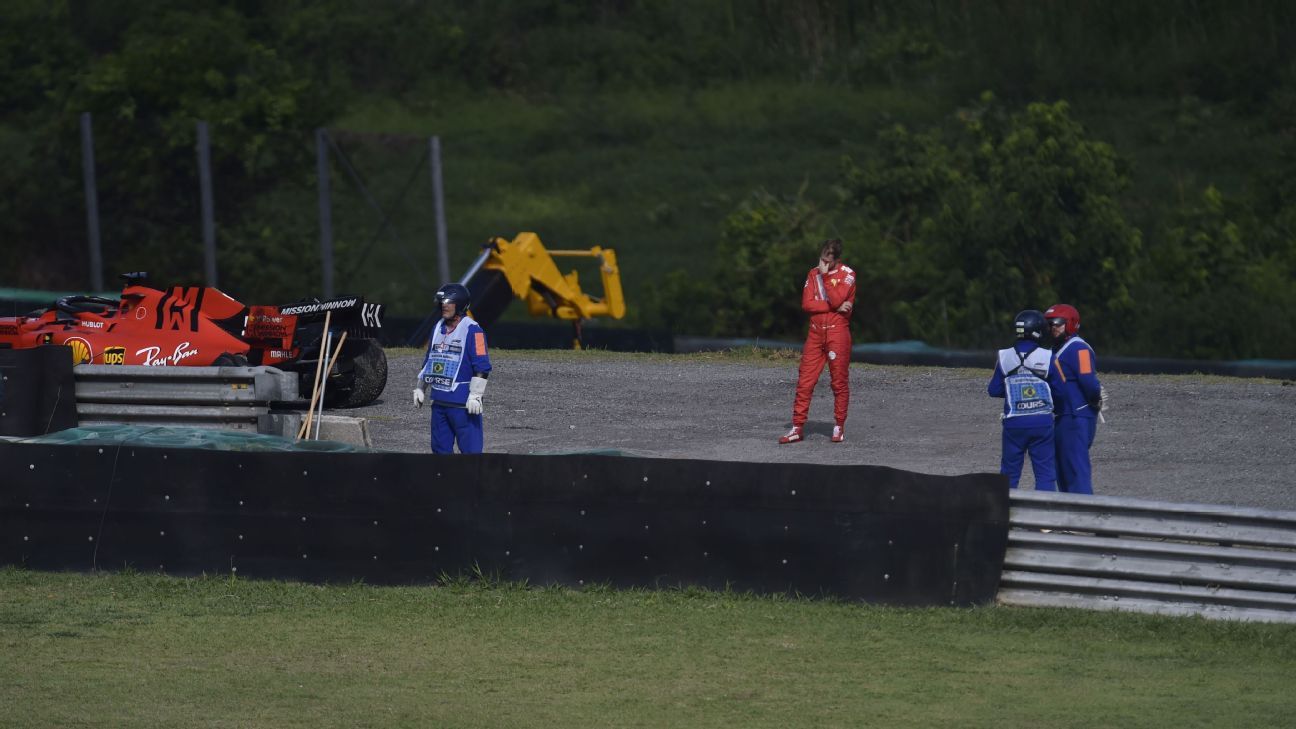 Charles Leclerc and Sebastian Vettel face a frosty Ferrari debrief after the Brazilian Grand Prix following the collision which knocked both drivers out of the race.

The incident occurred six laps from the end as the pair battled over third position. Leclerc had passed Vettel on the inside of Turn 1 but was then forced into defensive mode on the stretch of track leading down to Turn 4.

As Vettel flew back past Leclerc on the right-hand side, he appeared to move across prematurely and the two made contact. The collision damaged the suspension on Leclerc’s car and gave Vettel’s a puncture – both drivers were forced to retire their cars.

Afterwards, both were screaming on their radios, blaming the other for what had happened.

Vettel said: “Ahh, puncture.. what was he doing!?”

Leclerc’s radio message was a mixture of Italian and words that were bleeped out by the director of F1’s world feed.