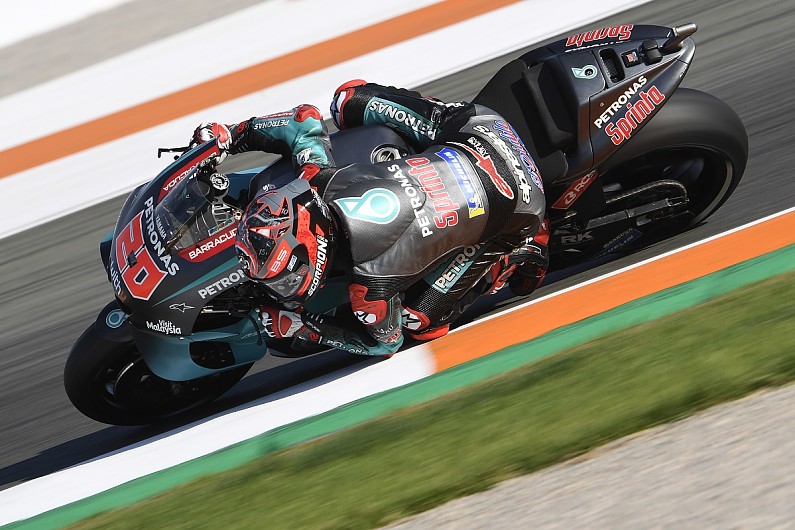 Petronas SRT rider Quartararo snatched first place away from works Yamaha man Maverick Vinales in the closing stages to lead the field on Friday by 0.148 seconds.

The early stages of Friday’s second session were frantic, with top spot changing hands a number of times over just a handful of laps.

FP1 runner-up Jack Miller soon deposed Marquez by 0.015s, before Vinales put Yamaha back on top with a lap in the 1m31s bracket after just six minutes of the session.

Marquez’s next effort of 1m30.974s, however, proved to be the fastest of the day so far and lifted him close to a second clear of the field – just as he did in the early stages of FP1.

Rossi’s session was soon once again interrupted by a crash, this time at the Turn 10 right-hander that caught Avintia’s Karel Abraham out this morning.

Marquez’s laptime sat as the benchmark for some time, with Vinales cutting his advantage just 0.381s. 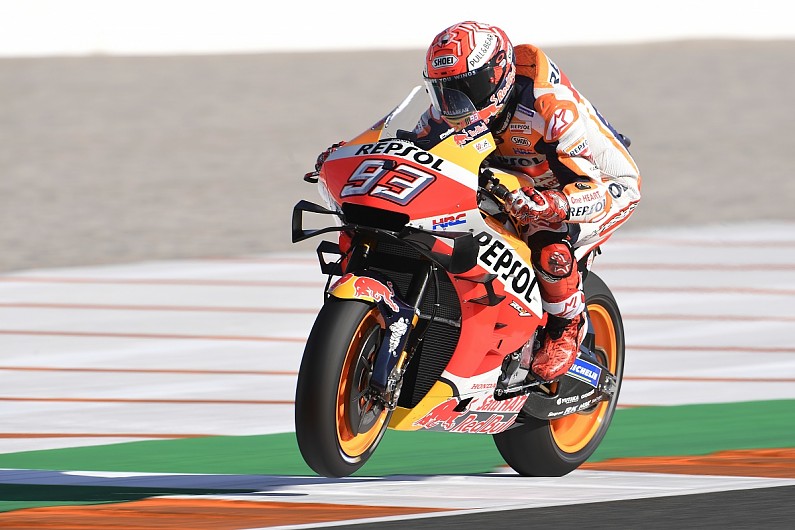 As the session entered its closing seven minutes, Suzuki’s Joan Mir became the first to threaten Marquez’s place atop the timesheets, though would miss out by just over three tenths in second.

Miller took a tumble at exiting the Mick Doohan left with 15 minutes remaining, valiantly trying to right himself with his elbow before conceding defeat.

Undeterred by this, he challenged Marquez once back out on track and got to within 0.026s of the Honda rider, before Vinales finally usurped him with a 1m30.883s in the closing moments.

Quartararo trailed him by 0.081s, but hooked up his penultimate tour to post a 1m30.735s which would not be bettered come the chequered flag.

Marquez wound up third on the Honda, 0.239s down on Quartararo, while Miller and the second SRT bike of Franco Morbidelli completed the top five.

Dovizioso’s session wasn’t without incident, as a fluid leak in the second half of the outing from the front of his bike forced him back to pitlane.

Rossi was shuffled down to 14th following his crash, while rookie Iker Lecuona found well over a second in FP2 on the Tech3 KTM and improved to a 1m33.114s – though was still last of the 23-strong field.